Next Step for Uniti Star

Hello, I have the uniti star since 3 years and after the dynaudio contour 1.3 now the T + A S 2100 CTL floorstanding loudspeakers. i’m thinking about an update. favorit are supernait 3 and ND5XS2. Then possible to sell my goldnote PH-10 Phone preamplifier and then connect the Ortofon SPU MC system directly to the SN3 via the Ortofon ST-7. this solution seems to be better than improving the uniti star with a 250DR. A dealer near me now has a new NAC-N272 on offer at half price. would the n272 with a 250DR be better than with the star? or would you rather stick with my idea with the SN3 and nd5xs2? do you have other ideas? Thx for your Support.

One thing to consider is that the 272 is based on an older platform and does not have the options like Qobuz which might be a deal braeker if this is important to you.

Don’t know how easy/ difficult to drive the T+A speakers are, this might also contribute to the benefits from an 250DR …

I think that is not a so simple question. I guess you will find voices and arguments for each options here.

My opinion is that both options offer better sound quality in comparison with a Star and an added 250 DR.

A questions is how important streaming is for you because the 272 offers not the latest streaming platform. Some are even expecting an successor of that device in some time.

If it was my decision I personally would tend to the SN route, but that is only me.

BTW: Are you happy with your criterion speakers? So glad reading here about those speakers with naim. I am living only a couple of miles away from T+A HQ but I never listened to their speakers together with naim amplification.

So glad reading here about those speakers with naim. I am living only a couple of miles away from T+A HQ but I never listened to their speakers together with naim amplification.

then you come from germany like me. I was able to hear KEF and B&W at the dealer in Düsseldorf. b & w then at home on naim. was to sharp for me in the heights. then the t & a 2000 and 2100 also belong at home. then decided for the 2100. compared to the dynaudio, great stage and great bass foundation. find t + a a great manufacturer with top quality. PMC is often heard here, there was no dealer here.

Next days i can compare Star and Nova 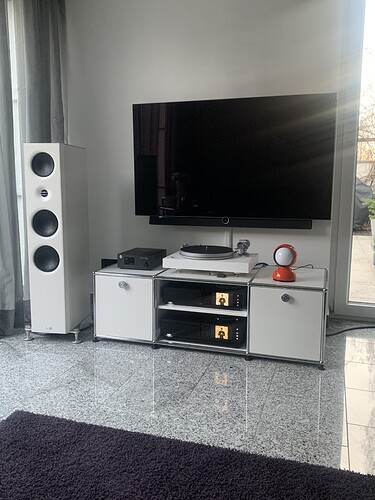 For 2 days now, hear and compare the Star and the Nova:

First result: optics and usability are the same

Now to the real question, the sound. Conclusion: It is not easy!

One result: The difference between Nova and Star is minimum the same than Atom to Star.

When I stream with Tital, the Nova sounds fuller, more real, deeper. For example: The Band “Tool”, Fear Inoculum. The Nova has an unbelievable sound on the record that grooved without being any less detailed. It sounds more analog. The Star sounds brighter, more analytical. 2nd example for Nova: “Rag’n’Bone Man” SKIN, the voice sounds more mature with more body

Now the challenge:
With vinyl, the Nova sounds no longer clear on some records, but rather cloudy and the stream is better than the TT. The Star is better. But that’s not always like this. For example: Eva Cassidy, Nightbird, the Vinyl sounds better on the Nova than on the Star and also better than the stream.

A dealer told me that the streaming part and the preamp are identical for Star and Nova. Then the differences should result from the amp stage. It is also interesting that I use the same speaker level for both devices, between 25-35, although the nova has more power.

The big questions now are:

My guess is that you’ll prefer the XS system to the Nova, especially with vinyl as you’ll connect the turntable to the separate amp. You might find the phono stage in the XS3 good enough, but I would compare it carefully to your current phono amp before getting rid of it.
The XS3 does have a lower power output than the Nova, which may affect how well it drives your speakers, but overall I would be surprised if you didn’t prefer the two-box option.

I mostly agreen with @ChrisSU
I think that with Vinyl the phono pre-amp matters more than the speaker amp, so I wouldn’t just sell your PH-10 without auditioning any other phono stage like the XS3 one. This might also explain your mixed results BTW.

But, your speakers are 4Ohm. This of course doesn’t tell everything, so I don’t know how easy or difficult they’re to drive other than that, but it could mean that they simply benefit from the extra power. When pitted agains the Star this might have shown. But where the Nova (almost) doubles into 4ohm according to Naim and confirmed by Stereophile, so I assume the Star as well, the XS3 seems to only go from 70W->100W. All in all I’m not convinced the XS3 will sound better, only an audition would tell.

maybe i should listen to my 16 year old son. blind test. nova rocks, with the star he says after the first notes: take it away, it sounds like sh…

But, your speakers are 4Ohm. This of course doesn’t tell everything, so I don’t know how easy or difficult they’re to drive other than that, but it could mean that they simply benefit from the extra power. When pitted agains the Star this might have shown. But where the Nova (almost) doubles into 4ohm according to Naim and confirmed by Stereophile, so I assume the Star as well, the XS3 seems to only go from 70W->100W. All in all I’m not convinced the XS3 will sound better, only an audition would tell.

Fair point, I’m not familiar with the OPs speakers, but if they need more power then the Nova might be the best answer (or, of course, a Supernait rather than an XS

made my choice. the difference between the nova and the star is very big in my setup. it’s just fun to hear the nova. even when the volume is down, it has a lot of power. i decided against xs3 and nd5xs2 because i really like the performance plus of the nova. I decided against the SN3 because then I would have to run the star on it first, which I don’t like so much and then have to invest in a new streamer. so i now have two self-sufficient devices and the star moved into the office today and replaces the cyrus. now i can rip all cd’s while working. I also decided a little against SN3 because it then goes on with PSU etc. on wednesday the nova comes 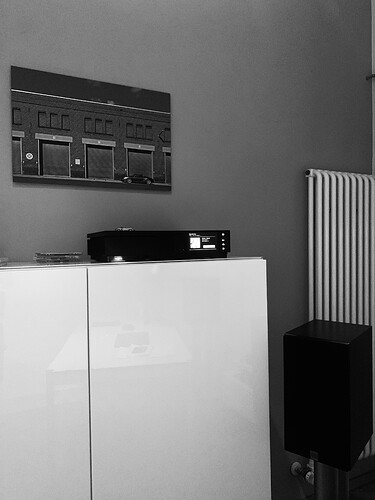 Congratulations! Have fun with your Nova (and the Star).

The star I had first was bright, open and Nova. It changed all the time, but it seemed that it was really different from star. The sound was steady, but for my speaker, Harpeth P3, the sound was a little too loud, but I need to cook for a while to judge. I still want to buy one of star and Nova. At present, I’m not sure how to choose it