Perhaps a ‘ban’ on further posts or comments regarding Ghost Love Score should now be applied.

That’s great information, thank you!
Agreed with you ref. Elizabeth Zharoff. Her knowledge of vocal technique is outstanding as you would expect, and her analyses are always extremely informative. She’s the one I discovered Nightwish through.
Talking about vocal analyses, one who baffles me is Rebecca Vocal Athlete. She has a huge following (1m+) but I find her Nightwish reaction videos really uninspiring. Maybe I’m missing something.

Anyway, I’ll check out these people you mentioned. 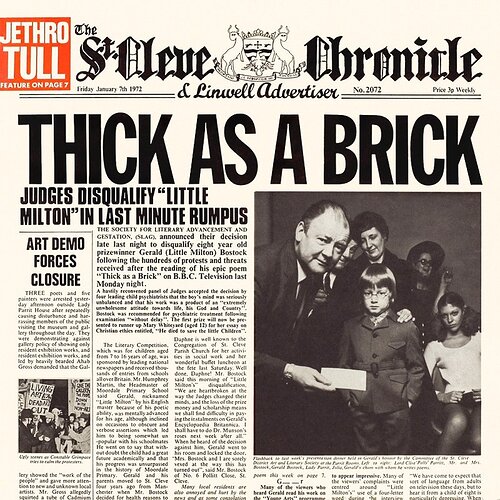 I previously had an older Mac mini downstairs in an open plan living space where the ‘system’ was to my right in the other side of the area 4-5 metres away, I’d sit with my back to the room using the computer on the breakfast bar facing the kitchen.

Never ideal for listening I suppose and used Roon/Audirvana to control music in the background.

I’ve a new Mac Mini upstairs and have only just started playing with Apple Music (Family sub for yonks just don’t use it much on my iPhone).

As my old B&W Zeppelin is borked again upstairs and a Philips Fidelio beast is rather bass have I’m tending to listen via AirPods Pro in the study - just started playing a curated playlist:

Head-tracked audio is bizarre but it works, how I have no idea - look to the left and audio pans to the right and vice versa. 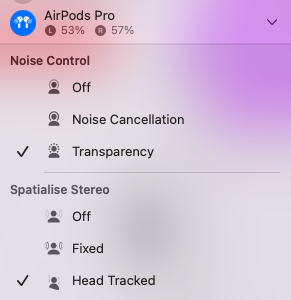 Having been an iTunes stuck in the mud and hating changes Apple Music was a bit jarring, but the mini player is nice, and is just throwing up some level artwork: 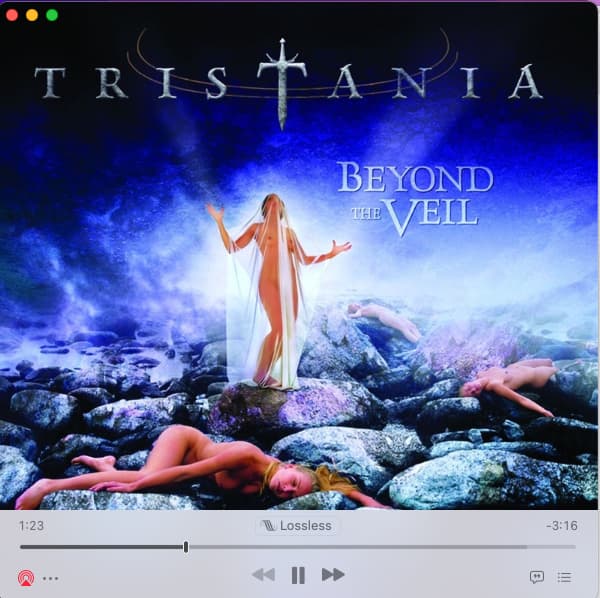 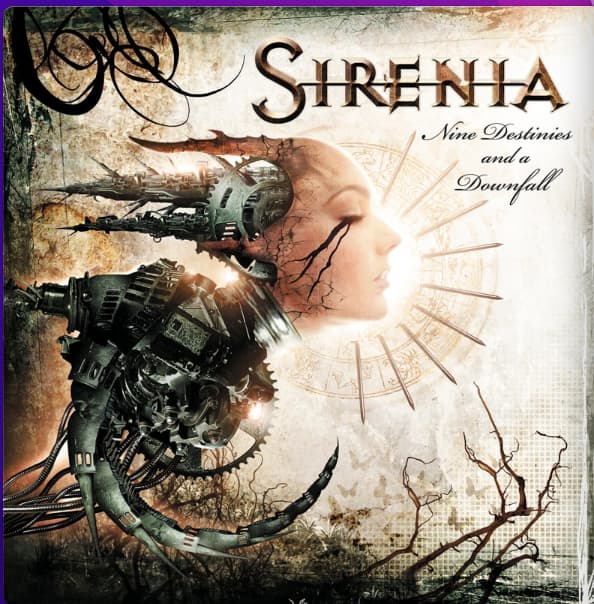 Then I got Revamp, why on earth have I not listened to them or After Forever before? 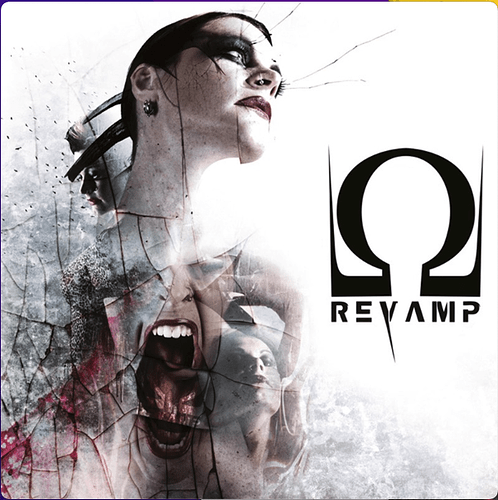 Weird that when we don’t listen to radio our listening choices become very constricted but Nightwish with Floor just delivers time and time again.

Then I got Revamp, why on earth have I not listened to them or After Forever before?

Ermm… pass…!!! Are you saying something here, about Floor…??

PS. While Nightwish is quite easy to find & buy, Ravamp and After Forever are not - on CD at least. Difficult to find & expensive…

No idea if I’ll like ReVamp or After Forever just find it odd I’ve not searched then out before.

Both on Qobuz. And thanks for mentioning them, I was not aware of these bands.

I was not aware of these bands

Just a bit of Floor history…

And then there is Ayreon…

I grew up with the Heavy Metal of the industrial West Midlands, but the extraordinary flourishing of the Metal scene in Finland is a new discovery for me over the last couple of years.

And then there is Ayreon…

I was not aware of these bands

Just a bit of Floor history…

Not quite your thing I assume, I just find it odd having discovered Nightwish with Floor (yes I’d heard them long before) that I’d not actively searched out her earlier collaborations - possibly because I’ve been unable to stop viewing (YouTube/BluRay) Nighwish with Floor or listening to their albums for what seems like over a year.

Not quite your thing I assume

Don’t know… I have avoided chasing both After Forever & Revamp - partly because they are no more - as bands. Although I think Floor may now be doing some of their songs, in her solo shows…?

@Alley_Cat - Take care, if you decide to watch this… 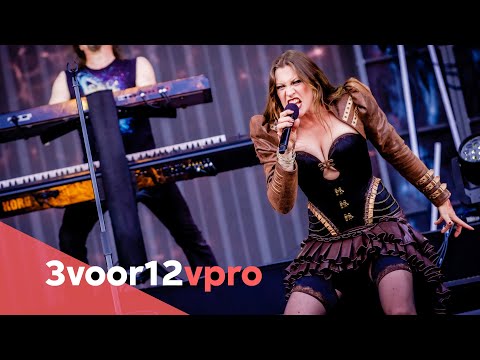 Phew, I thought you were suggesting a wardrobe malfunction!

I think she had that or a similar outfit on during the virtual gig during the pandemic.

Perhaps not hitting some of the notes as well these days, but there could be technical reasons if they’re just doing a short set compared to their own gig.

She looks fantastic and just exudes a combination of beauty and an Amazonian female power but incredibly importantly she looks happy - those smiles are to die for as they say.

The camera action/editing is a bit all over the place, but it’s nice to see the bare shoulders as I’m not a huge fan of tattoos on women (hardly my choice) but I think it’s the first time I can actually visualise the artwork for what it is as with other costumes we’ve only seen edges of a particular design.

Not Floor related but I’ve just realised I can either go to see Rammstein on Thursday but I’ve been invited to a cello recital the same evening by a neighbour at the local church! Decisions, decisions!

I almost assumed Pinkpop might be some kind of ‘Pride’ related event but after searching see it’s the oldest/longest running music festival in the world presumably just pipping Glastonbury. The Pink coming from Pinksteren meaning Pentecost weekend in Dutch. 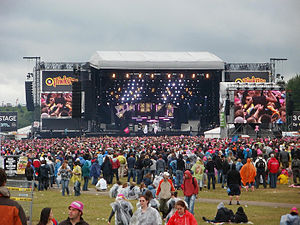 The Pinkpop Festival is an annual music festival held at Landgraaf, Netherlands. It is usually held on the Pentecost weekend (Pinksteren in Dutch, hence the name). If Pentecost falls on an early date in May, the festival is held later in June. Starting in 1970, at Burgemeester Damen Sportpark in the city of Geleen, Pinkpop is the oldest and longest running annual dedicated pop and rock music festival in the world. Nowadays, Pinkpop is a three-day festival, from Saturday through Monday when on Pe...

Phew, I thought you were suggesting a wardrobe malfunction!

I think she had that or a similar outfit on during the virtual gig during the pandemic.

If you look at the Human-Nature cover, you will see this outfit, I think.
Probably, from the usual source…

As to your decisions… Cello Recital… definitely…

Just fired up the projector and AppleTV and went to YouTube - it’s bloody tracking me I thought (no account) but it’s actually showing a recommended Floor set when she appears in a pink trouser-suit outfit at Pinkpop.

That could be her Solo set…?

Yes, she did her own set and then Nightwish the same day.

I’ve dug out my portable wormhole and had a a look into the future (or is that past) and I predict the new GLS.

Shoemaker, the song Toumas apparently said probably couldn’t be done live but got so many requests that he went away and worked out a way to do it. Floor took the ending home and re-recorded it because she wasn’t happy with it in the studio. 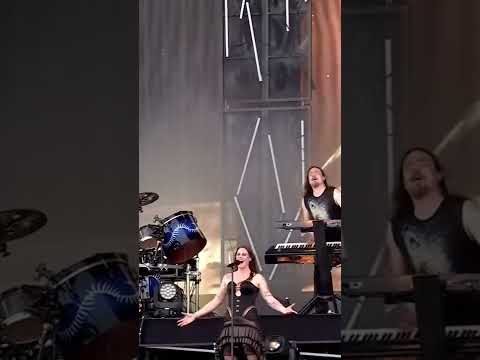 (From her own channel and performed at PinkPop)