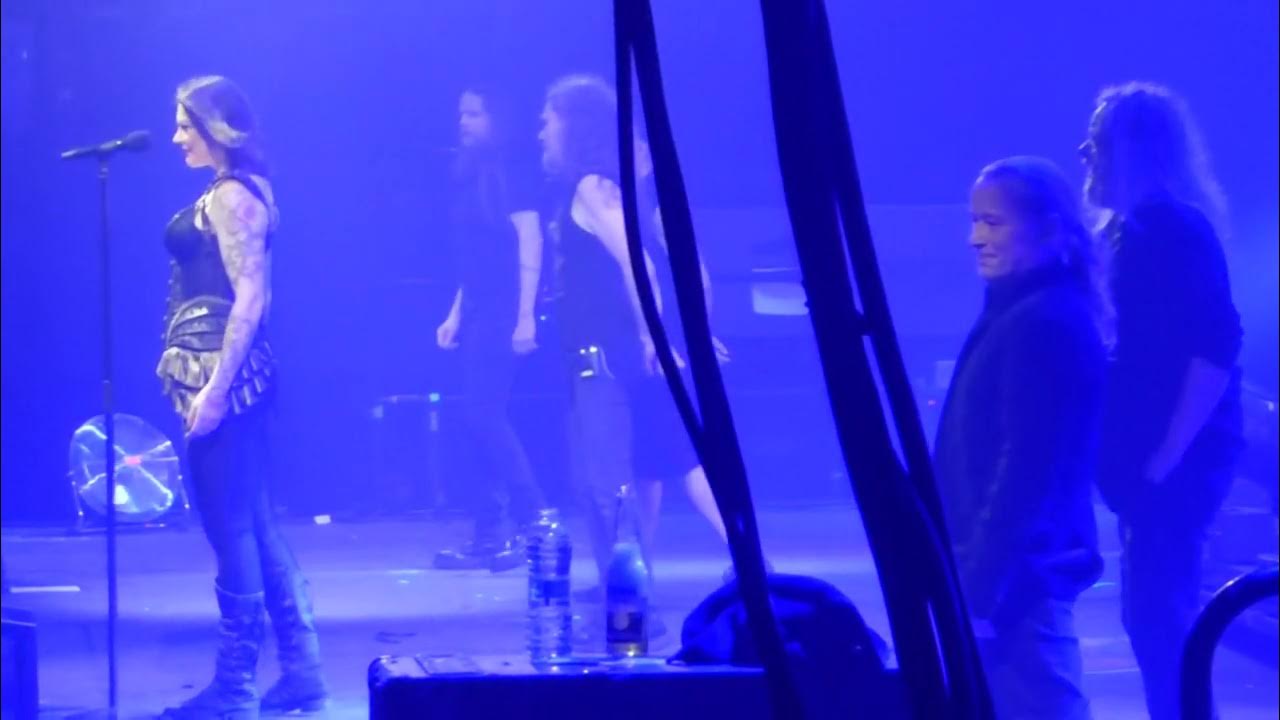 We played SS as the “outro” at M-i-L’s funeral. Always been a favourite. 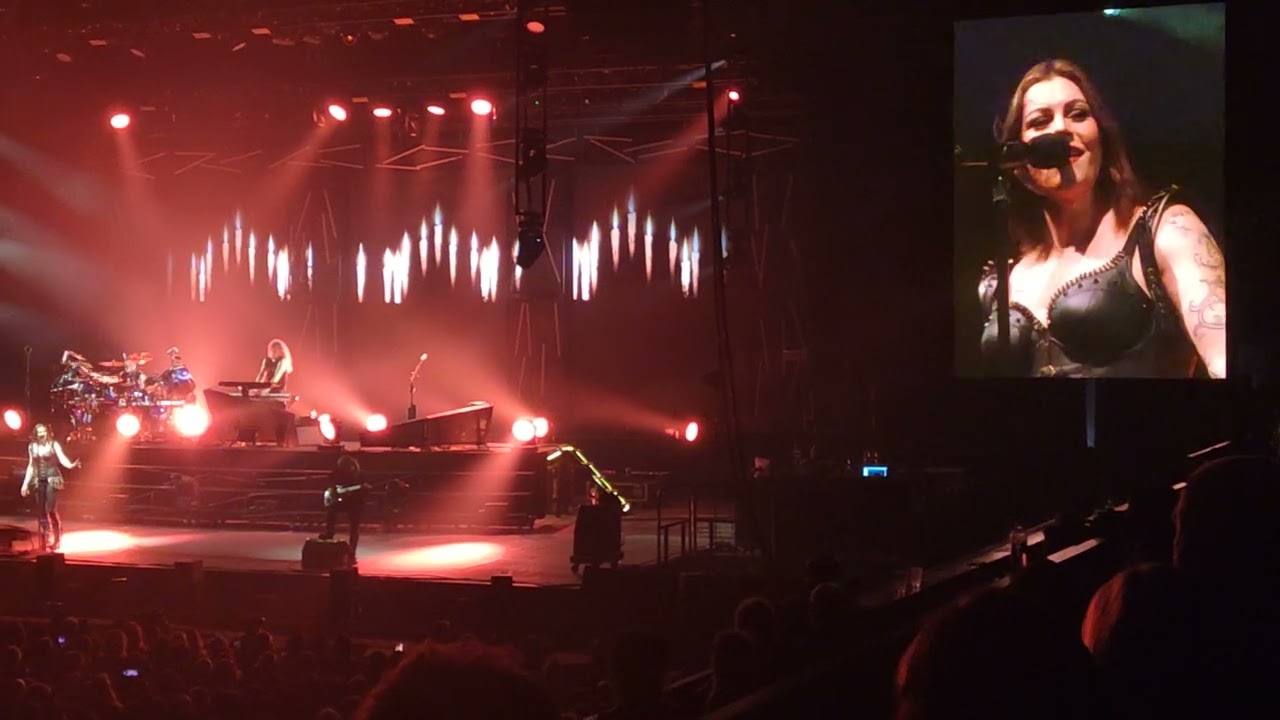 Premier Inn. Cheaper than the closer one but unlike that one parking is free. Taxi in/out cheaper overall.

Sometimes I wish I live in England……

Wow, just wow. And this is a woman who’s just had a cancer tumour removed. What a powerhouse.

I’ve never been to the Birmingham venue before, but thought it was excellent.

Sound was good, decent seating, and a nice size overall - not too big, not too small.

The NEC Arena - aka Hall 7 - as it was originally known, is a good venue. Living in Coventry, we had Coventry Theatre which was one of the larger theatre size venue. That’s were I first saw an up an coming band called Queen.

When the NEC opened, Rod Stewart and Queen were I think the first 2 acts to play there. But that was in Hall 4 - all on the flat - so you were there, but couldn’t see the stage. Poor.

Then Hall 7 was built, which changed everything. Its a good size and centrally located - and fairly easy to get to/from, as @Alley_Cat said. Its even easier if you are just a short train ride away, as I am

I had not been to a gig there for a long time. simply because no none I wanted to see was playing there. Until Nightwish. Then we get Covid and Nightwish cancelled (which is why this thread is called Birmingham’21). Then when Floor posted that she had Breast Cancer, I really though they would cancel again. But No…!!!

As @jejese1 says - Floor is a powerhouse. But lets not forget some clearly very good work by her doctors (guess in the Netherlands, but maybe Sweden where she lives) - and I would imagine some good pain relief.

On the night, it was only ‘half-an-arena’ - there was a big black curtain cutting off the non-stage end and more. It also wasn’t full. Apparently Wembley Arena was full - ?? Makes no sense. Perhaps ‘Wembley’ has more cachet…? The Resorts World Arena, which is its official name now, does grate a bit. Which is why I think of it as the NEC Arena.

Great concert, in the modern era. As good as Queen were…? No, sorry - Queen filled the same Arena - and I grew up with them…

But still very glad I went to see Nightwish - and I would go again. Now for the next album, please…!!

(Or will Auri tour… Now that I would love to see.)

I know this is going to seem like gloating - and apologies for the temporary drift - but the Queen show you refer to was fine from the second row believe me!!! No problem with a flat floor then!!
One of the benefits of fan club access to ticket pre-sale in those days.

Which Queen show…? Hall 4 was just standing. Hall 7 was fine from the side banking - good view of the stage.

(I wasn’t a fan club member for any band - but I was quick & organised, for getting the tickets. Pre mobile phones or internet. Just calling from a payphone, with Credit Card ready. Or sending the cheque off ASAP, to the Box Office address, from Melody Maker.)

You’ve made me check my ticket stub.

I thought the show was 1980 but it was actually September 84 - The Works tour, so that explains the seats in the flat area. I ‘enjoyed’ the cavern that is Wembley Arena on The Game tour in 1980 that I think included the Birmingham show you mentioned.

You’ve made me check my ticket stub. I thought the show was 1980 but it was actually September 84 - The Works tour, so that explains the seats in the flat area.

So your Queen show was Hall 7 - the Arena. For Nightwish, the flat area was standing - no seats. Seems to be the modern way…

Its all here - Queen Tours

We saw many of the same tours although I wasn’t old enough to start until NATO (Southampton).

I kept going to shows after the Bowl and being lucky enough to live near both BM and RT, have seen them in arenas and small venues. Obviously not the same as with Freddie but still blow the competition away IMHO!

Hats off to Nightwish at Wembly Arena:

We saw many of the same tours although I wasn’t old enough to start until NATO (Southampton).

Similar for me. Coventry Theatre was just a bus ride away (so SHA & NATA tours), for me, but places like Bingley Hall were not easy (so DATR, etc) - so I didn’t go. But the NEC was just a train ride, so concerts there were easy. And still are…!!

Dear God… Someone has recorded the whole Birmingham concert.
Well, I was there - so I am NOT watching it, but for those who were not…

Here it is… Nightwish - 22nd Nov’22 at Birmingham NEC Arena: 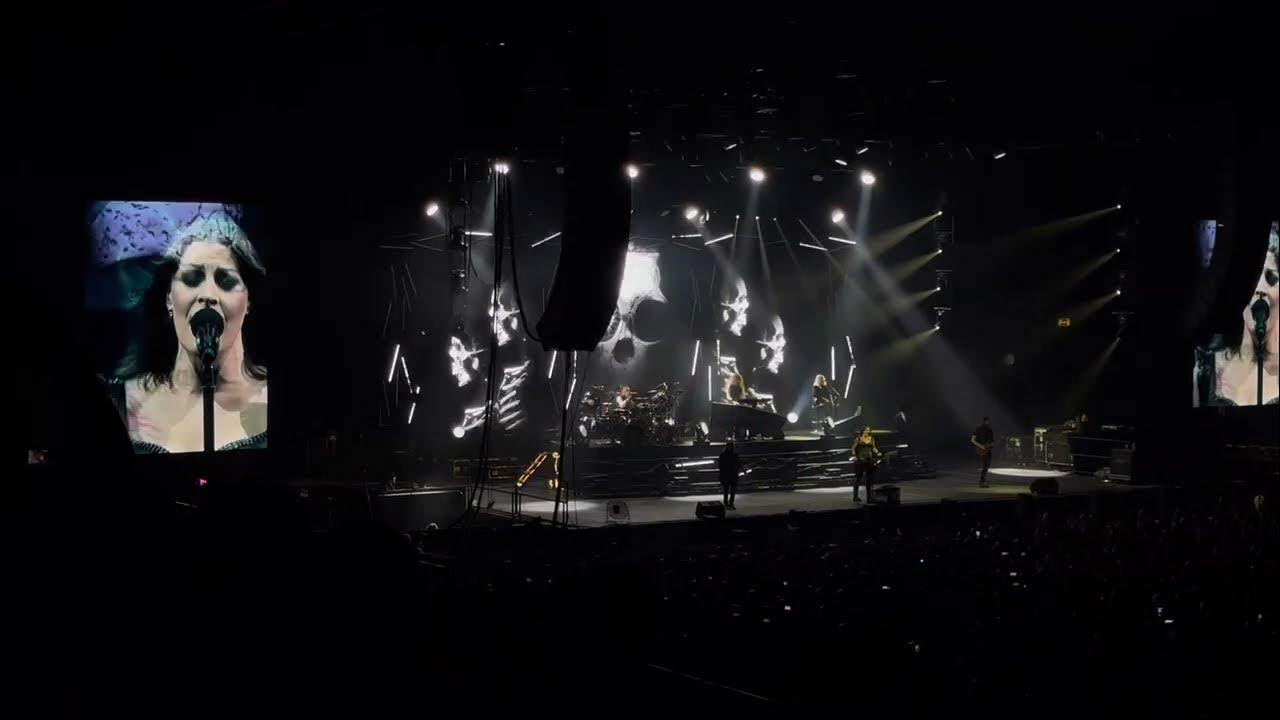 Sometimes I wish I live in England……

I’m not a big overseas traveller - not organised enough and hate all the rigmarole associated with flying, but I would love to visit New Zealand/Australia at some stage, perhaps when I retire and could go for longer than 10-14 days.

Passing through several lovely villages on the way home this afternoon made me realise again how much I’d personally like to be living in the countryside rather than a city. Even though the rain was torrential at times, I think there were many places I’d rather live than where I currently do.

Dear God… Someone has recorded the whole Birmingham concert.
Well, I was there - so I am NOT watching it, but for those who were not…

Here it is… Nightwish - 22nd Nov’22 at Birmingham NEC Arena:

I must confess I tried to record a few songs myself but as with many things you realise that the act of recording detracts from enjoyment. I wanted to get a few ‘memories’ but enjoying the experience is far better.

Why did I record videos or take photos of school ‘sports days’ rather than enjoying the moment. Same for daughter’s ‘ballet shows’, other on stage performances and so forth.

Between constantly fiddling with the older iPhone over-exposing the darkly lit performance, faffing with zoom, faffing with alternately trying to get the whole stage in view or the larger display either side featuring Floor/Troy/individuals, faffing as Floor wasn’t in focus then realising she was but my distance glasses were making the iPhone screen blurred

, I seriously started to wish my phone battery died or that I’d left it at the ‘hotel’!

As mentioned earlier I do hope it may have been professionally recorded, plus we had the comment that they thought the audience singing and acoustics were better than in London. A few of the older concert DVDs seem to be let down by poor acoustics or poor recording/mixing. I think we’d both agree the live ‘mix’ we heard was pretty flawless and up there with the best recordings we can view on YouTube or optical media.

I tried taking photos. with my iPhone - but gave up. Didn’t work in such a big venue. Decided to just watch & enjoy the concert. Better…

Not sure that we need yet-an-other Nightwish live set…? There is the Virtual one (at The Islanders Arms), which is basically this show. If they do - fine, but I probably wouldn’t buy it…

The NEC Arena is I guess a lot smaller than Wembley - and maybe Nightwish’s current PA ‘matched’ it better…? Or perhaps the Arena has better acoustics…? 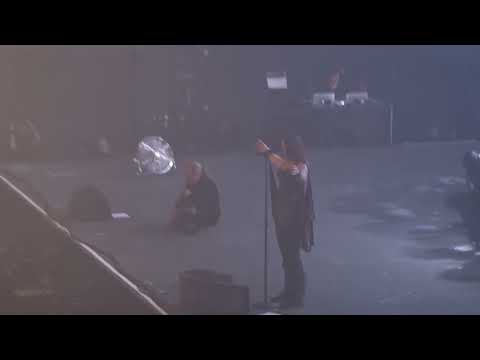 For those new to this, please admire Floor’s latest variation on her live outfit.

(If you want one similar, then look at Royal Black Couture, based in Austria.)