No fascia or bumper

Does anyone know why this Nait 2 would be fascia and chrome bumper free? Is it a prototype?
Thanks.

I doubt that it will be a prototype, it has probably had some DIY and the case has been reversed from front to back?

Maybe had the sleeve reversed? Maybe a prototype, however, the finished "chrome bumper’ edge was around then. Could have had a later sleeve fitted at some point, I guess. Or maybe a “bitsa”? Perhaps @NeilS can recall whether it’s a factory prototype. How did you come across it? Any story attached to it?

I am looking for a Nait 2 and I came across someone selling this one. If it’s been DIY’d and/or modified, I’ll steer clear I think.

I would be asking the seller some questions then about its history, and if you’re not absolutely sure, then walk away.

Could it be the olive facia got damaged so removed and the sled painted?

The LED is all wrong for a proper NAIT2.

Looks like a right bodge job even for a prototype I would walk away.

Anyway here is my mint Nait 2 CB I purchased around March took an age to find one, I had this serviced at Class A. 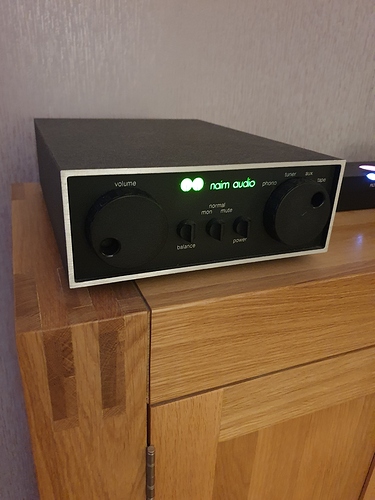 Keep looking one will turn up, eventually

The fronts not right…so what is the inside like…??

Dodgy looking photos always hide a multitude of sins. No reason in 2020 for a photo to be that bad. Steer clear and get something that looks nice. A proto is ok but why?? Get a proper production one.

I have not seen a prototype Nait 2 before, but it does kind of look like it might be a clone.
I’d be interested to see the internals.
But my advice would be to steer well clear based on what we can see.

Hi Richard - is it possible to private message people in this forum? Thanks.

No it isn’t. When it used to be available it was badly abused. As such, to ensure the safety of the members, all discussions are open here.

Hi Richard - sorry, this is a related question so didn’t want to start a new thread. Is there a difference in SQ or functionality between the CB Nait 2 and the Olive version?
Thanks.

The Olive NAIT2 was available either as standard with a Phono input or as a CD version with the phono stage replaced by a CD input. Otherwise they are basically the same under the skin. Note though that the first batch of “chrome bumper” examples had a few teething issues - one of which was that due to a board manufacturing error the left and right speaker outputs had to be switched, so read the Channel labelling on the back very carefully!

CB examples tend to sell for a higher price, mainly because they are much rarer (only around for a year or so), and to some eyes, a bit “cooler” looking…

Hi Richard. I own an early 1988 CB Nait and you had me checking the back of my unit looks like I’m okay 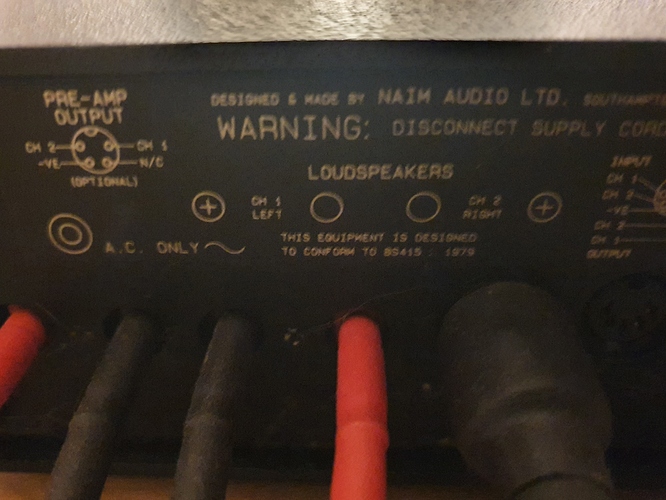