Can’t remember which show it was, (3-4 years ago), but it was in the Naim room with a 500 set driving Focal Grand Uglies.

The music was Deep Purple’s “Sweet Child in Time” (studio version rather than from MiJ). Even made the Fuglies sound good. The only other memorable music was at the Bristol show, where they played London Grammar’s “Strong”; I liked so much, I went down to Broadmead after the show and bought it.

I remember hearing a Mannheim Steamroller CD at one Hi Fi show.

Heroin rock sounds a bit dated to me wasn’t that done to death literally, or is it musicians who like to look like they’ve taken heroin but actually haven’t a bit like the heroin chic models in the 90’s.

I remember reading an interview with Chris Martin where he describes a dangerous addiction to herbal sleeping tablets very edgy though it kind of makes sense when you listen to some of his music.

You survived, though. Not many do.

Muse? I’ll see if Richard will bar you from the forum for such crimes. 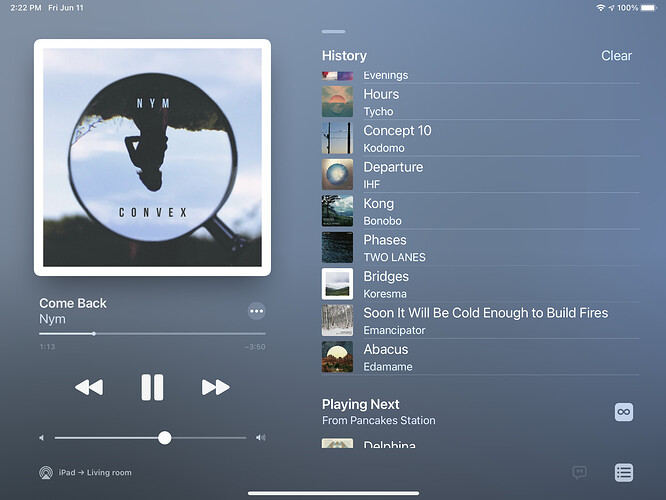 As I won’t be attending a Hi-Fi show for the foreseeable future I will escape the pleasures of Hi-Fi manufacturers dubious musical tastes.

Maybe we should ask forum members who decide to attend shows, if they could ask to hear John Cage’s 4’ 33"

“Am I a freak? Coldplay and Muse”
You haven’t mentioned Steven whatshisfacename yet. Watch it though!

I actually like Muse we saw them at the Isle of Wight festival and they absolutely blew the roof off fantastic live band.

I’ve been to a couple of superb hifi shows: New York years ago, and Tampa in 2019. The music was eclectic, and definitely not wall-to-wall usual suspects. At the Florida one, there were a couple of 14-year-old lads who’d brought their own (fantastic) contemporary CDs. Exhibitors were falling over themselves to play them – and maybe hook some future customers.

I’ve bever been to a HiFi show. And doubt I ever will - the concept of entering crowded hotel rooms to try to hear something of possible interest has no appeal at all. (I did go to a professional music equipment show once, which was quite interesting, but unpleasantly crowded.) But I also am puzzled as to why HiFi dealers always seem to try to demo with jazz: to me it is an instant turn-off - fortunately when I have experienced that they have readily stopped on request and played my choice of music.

I have experienced that they have readily stopped on request and played my choice of music.

Whilst I have that, I’ve never taken to a demo!

Yes, you are a freak.
Thot I should answer the question … Lol.

Most systems sound at their best with Jazz in my experience for a start there is usually less going on and also on the whole it’s usually recorded and pressed better than other genres.

My local dealer has a vast selection of music on offer but, usually, he encourages me to take in my own demo music. When ever I’ve been into the shop I’ve never heard any jazz being played. However, the last couple of times he’s brought the kit to my house so I can hear in my own home with my own music.

I think because it’s probably ‘safe’ and MOTR… I guess music is very personal.
I tend to agree music at Hi-Fi shows, and to be honest even at some Naim events is often appalling IMO, but just occasionally at some events one can bring your own music to play…
It has made me smile as that can clear a listening room faster than a fire alarm… so probably best to have plinky plonky unchallenging lift music… more people might hang around

Maybe you’re right Richard. But the music I have enountered at these shows, and seen/heard on YouTube is deeply offputting.

I remember at one of the Signals events some young guy was so eager to play one of his vinyl albums on a top deck. Well it was snap, crackle and pop, enough to put you off vinyl………he looked mortified.