No music how will I cope!

Well I dismantled it all last night and put it away, because a spot off DIY is in full flow.
Wall plastered after sound treatment and ready for decorating once dry. New wood work as well, but as the keen eyed might have spotted, new hifi only socket added on it’s own 10mm supply from it’s own consumer unit. The other sockets on the wall, also have there own ring, but are 2.5mm, but also power the TV and stat box, so now totally separate.
Will be down for a week or two I guess and I know I have a few nice bits of plastic coming from Santa tomorrow, but will be worth it in the end. 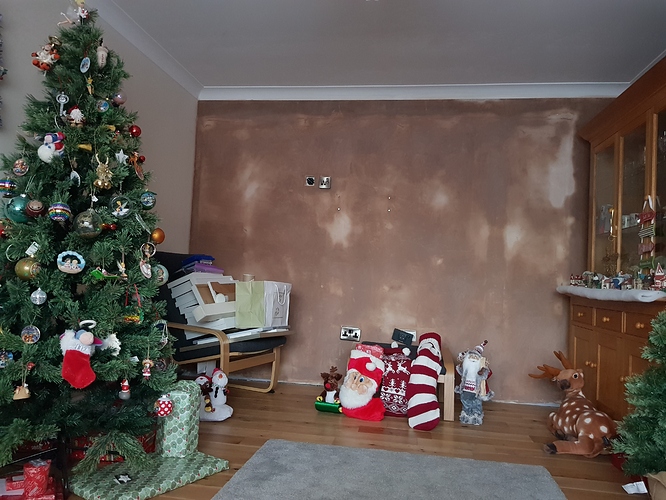 Actually I am going to be in the same position soon. Mrs. G wants to redo the lounge and has agreed to a spur/radial going in. Will be trawling for ideas when the time comes. Look forward to hearing if it was worth the effort and deprivation.

You should move the sideboard out from the corner or the plaster will never dry. Don’t forget to fill any little holes in the new plaster with Gyproc Easifill, and do a 50/50 mist coat before painting it properly.

Should have added, i am in the construction industry and completely redone the house, from small jobs to 2 extensions, so not really DIY.
The unit is far enough away, just looks close in the picture, plus its only a skimmed coat and drying well already, as its only been about 4 hours since it was done.
Going to have some nice paper on that wall, but before that the whole room wants a lick of paint.

Fair enough!! Easifill is the best thing I ever found - so easy to rub down, rather than Polyfilla which is a nightmare.

Dare I ask, why such a high plug socket? is that the “hifi only” socket? I thought it was the lower black one…
Don’t you just love a freshly plastered wall…

It is the lower black one, the high one is for the tv.
Just hate the smell of new plaster

ah, that’s due to you being in the industry, smart idea. I’m in awe of that particular skills set… you must post when complete, please.

fab , i use no nonsense new plaster paint which is brilliant

I will post a pic or two once completed, but just to add, i must also admit its been ready to plaster for over 12 months, then i decided to do it Christmas eve of all days 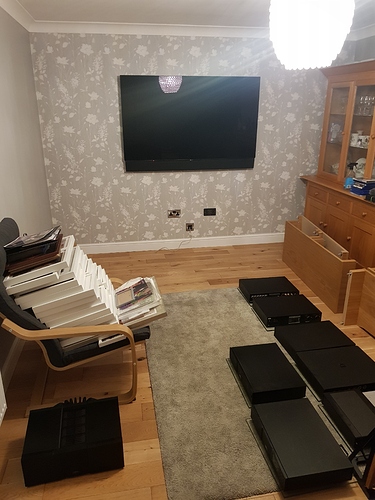 Well been busy, room complete decorated, tv back on.
Just the system to rebuild now and then music at last in my nicely decorated room at last

I know that feeling 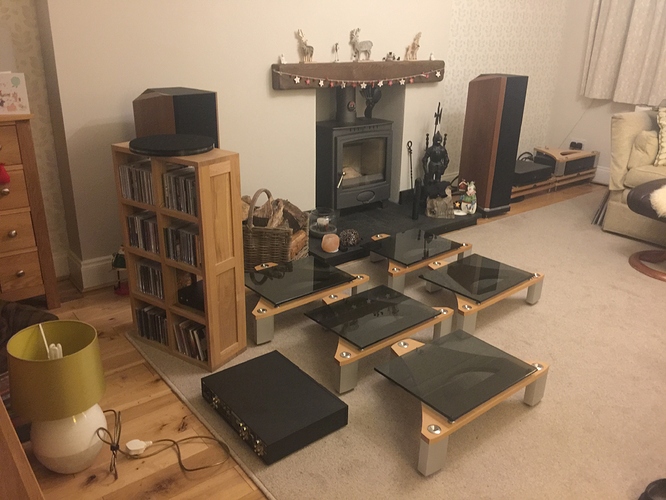 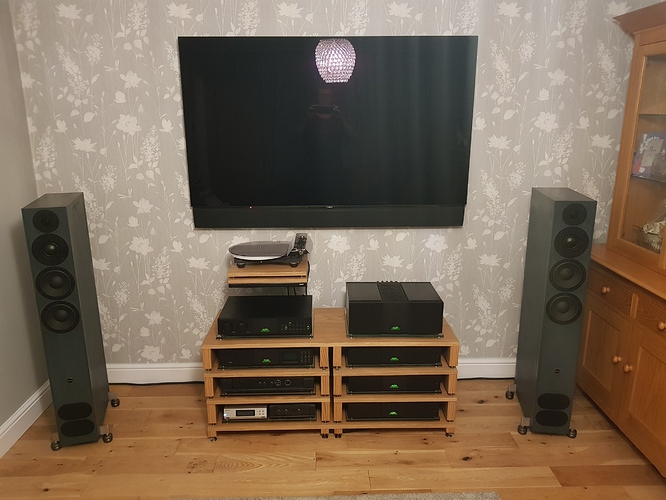 All back and working first time, releaf.

That’s very speedy work. I’m surprised you didn’t get hold of the new smaller Rega shelf while you were at it, to avoid that heavy wood which will negate the extreme lightness of the shelf.

Funny you should say that as it was on the Christmas list, but it didnt turn up.
Guess i will have to sort one myself, but i quite like the one i knocked up

Guess i will have to sort one myself, but i quite like the one i knocked up

Hopefully the existing holes in the wall will be in the same position as required for the new Rega shelf. Lol