I’ve just snagged a £15 Sansui analogue tuner off the usual auction site. Needed a bit of tlc, but after connecting to a loft mount aerial, I’m rediscovering FM radio. Sounds lush through my XS3 and MA Bronze speakers.
Does anyone else run a cheapo tuner through their Naim amps?
Something very soothing about a nice weighted tuning knob and a glowing display. 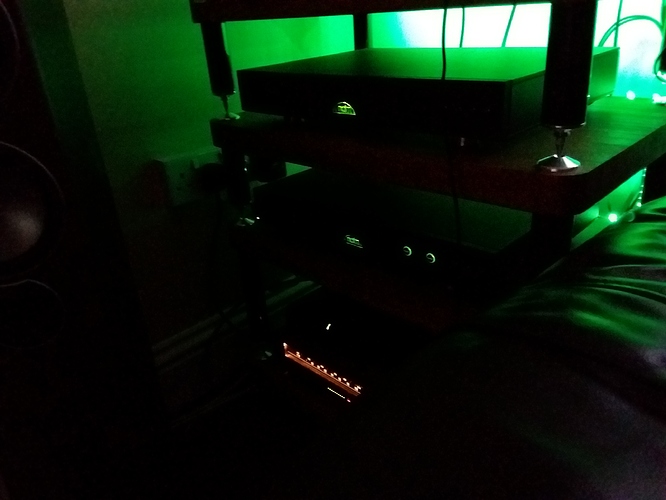 I have a very expensive DAB tuner - the Cymbol DAB 1, which I understand was hand built to order in Basingstoke!
I believe that it was the first DAB tuner separate, and cost £1,000 as I recall.
For some years now it has been consigned to its original box, leading a lonely life under the stairs. Like DVD players, CD players and Mini Disc recorders, the market no longer exists.
Sad really, it’s a classy machine.

You don’t seem to be getting much traction with this thread!

I have a proper Naim tuner for one of my systems, but in an effort to better the poor sound from the built in FM tuner in the SuperUniti, and because good Naim tuners are hard to get and expensive, I bought a Quad FM4 from a specialist used HiFi dealer. It works very well and cost only £150. It does however suffer from having a display that is so dim it’s nearly impossible to read now, so I feel it has inner Naim attributes, so to speak.

@davidhendon David, I purchased a Quad FM4 to see me through the period that my NAT01 was away being serviced at HQ. I liked it so much that I was thinking about keeping it longterm and set about seeing what service costs would be like (answer: a lot less than Naim!). Anyway I found a company called ‘amplabs’ which offers a comprehensive service of the FM4, which includes the option to have the brightness of the display restored to as new. They also offer options for battery replacement etc. If you add ‘dot co dot uk’ after the name you’ll find their website.

Thanks for that. Quad’s service prices are really very low, but they are quite slow. I’ve changed the battery in the Quad FM4 many times as I used to own one previously. My current tuner had a new battery when I bought it, but I had to recap the power supply when R3 suddenly started to hum one day. Anyway it’s interesting to hear of someone who might be able to sort the display out for me. My old Quad 99 CDP is alive and well with a friend locally, but last time I saw it, just before lockdown, I noticed that it’s display had almost gone, it stark contrast to the 99 tuner and preamp which remained unaffected! So he might be interested too.

It needs a trip somewhere for TLC, in the mean time I have a NAT03 that is very good.

I believe that it was the first DAB tuner separate, and cost £1,000 as I recall.

Wasn’t the Arcam 10 also marketed with the claim that it was the first DAB separate?

I recall borrowing an Arcam 10 from John Lewis in the early days of DAB (1999, 2000?), to see if it lived up to the fuss. It didn’t, good though it was - highlight was me emailing The Bob Harris Show (when he used to be on at 10 on a Saturday night) to claim it was a recorded show and that if he was live I’m a monkey’s uncle. Not long after midnight the great man himself responded to tell me that the show was indeed live…

The Arcam went back but a year or so later I had the Arcam FMJDT26, which was the 10 in a different box. Sold it a year later after it all went downhill on the bit-rates.

Back OT, I often peruse the Tuners section on Ebay - there are some interesting toys on there. Am seriously tempted with a Quad; might just give one a go…

This was my mainstay for many years and quite fine too. 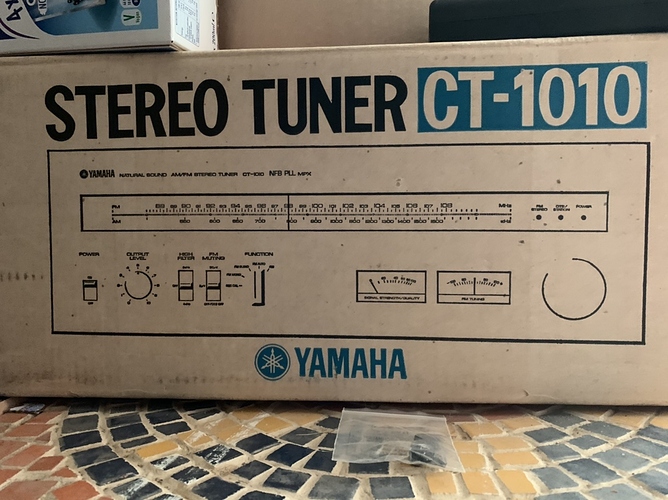 About 5 years ago I tried this and didn’t look back, it has been in place ever since. 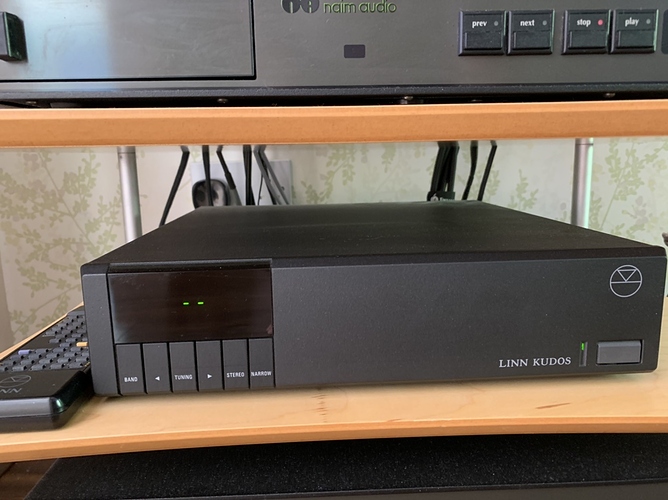 During Lockdown my tuner has been my favourite source, my other favourite sauce being a nice glass of merlot

Can’t argue with that combo, nice FM and any decent Bordeaux

I believe Linn also used to make a very high end tuner called the Kremlin , I remember going to buy a NAT01 (I still hanker after one) and being told it had been discontinued that month.

If my memory is correct I asked about the Kremlin as an alternative to be told that it too had been discontinued as both tuners shared a key component which Sanyo had stopped making.

All very nice sounding tuners, but I think the NAT05 gives the best SQ. Of course it is the most recent, so that may have some bearing. 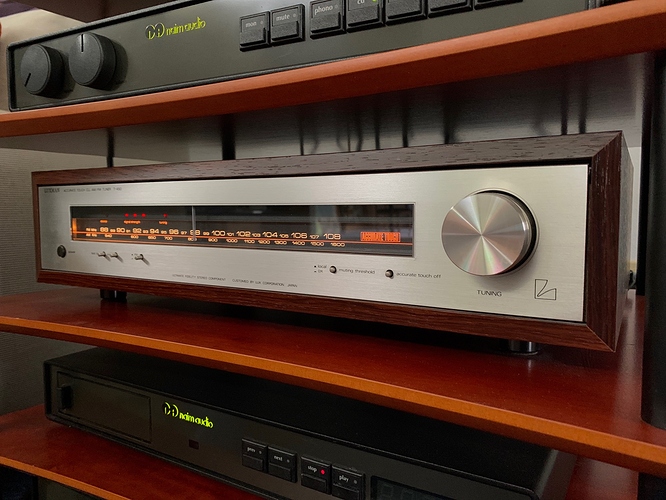 A Luxman T-450, very good sounding and handsomely finished. It has been working flawlessly since 1978 and I never felt the need to make a change. Before that we had a Sansui tuner which was also excellent with a cooler sound and a case twice as large.

In my cupboard of past favourites is a B & O 5000 FM tuner.
Another tuner from that era and one I was interested in was the Yamaha 7000 but never bought.
Took me a long time to get the “birdies” from radio 3 to shut up. The 01 on live broadcasts can be hard to beat.

NAD 402 kept me sane through high school. Brilliant tuner in the extreme.

I can’t believe I sold it!

This was my 21st birthday present from my parents and is the only relic from my original system that remains in my current one. 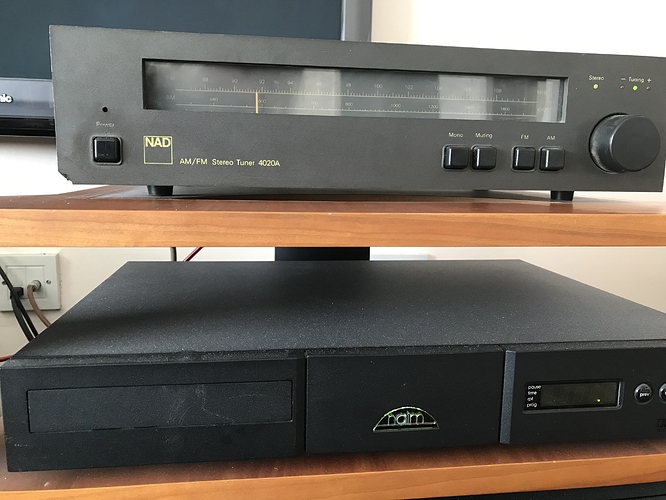