Northern Sweden,.pictures from a Beautiful Part Of Sweden

The idea to this “Picture-Thread” I got from my long,.and popular thread…
“Ethernet Switch and Cables Mania”.

That thread had about 7300 posts,.plus about 550 posts that have been deleted.
This strangely enough by the members themselves,.or sometimes by our eminent moderator.
So in total,.the thread had just under 8000 posts…!!
So I think as the OP for the thread,.that one can feel some pride in that.

Among other things,.I introduced a tradition in that thread…(Ethernet Switch and Cables Mania).
To post images from Northern Sweden,.every time the posts passed a new 1000-post level.

• The reason was,.among other things,to try to lighten the mood of a sometimes infected cable-thread…and switches.
This proved to be successful,.the pictures were appreciated by many.

Some comments:
• PatM: “blissfully wonderful indeed, thank you for sharing!
And thank you so much for bearing with us all!”

• JimDog: “Thanks Peder - you live in a beautiful region of the world.”

As this was appreciated,.so will I therefore add pictures from Northern Sweden here,when I have some time over.
And I hope some here will help me…!!

And Northern Sweden,.actually starts already at the city of Gävle.
And the area from Gävle and up is called Norrland.

Those of you who have pictures from Northern Sweden.
Please Contribute,.with them in the thread.

•But please,.write from what place,and what part of Northern Sweden the picture is from. 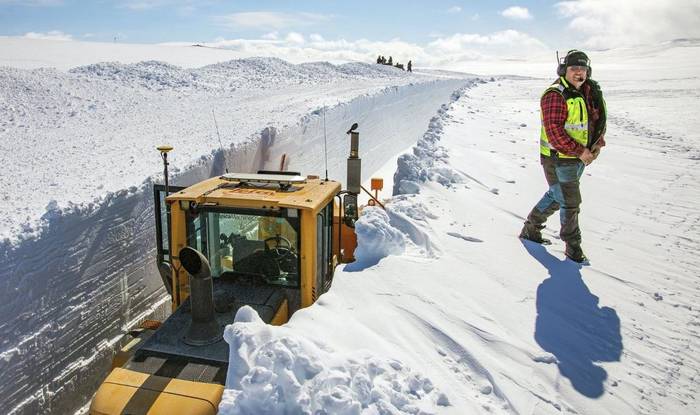 This guys have started to snow clear Vildmarksvägen,.which goes over Stekenjokk,so that you can let the traffic go of from June 6.
In the pictures there is about 3.5 meters of snow,.but later waiting 7 meters snow depth. 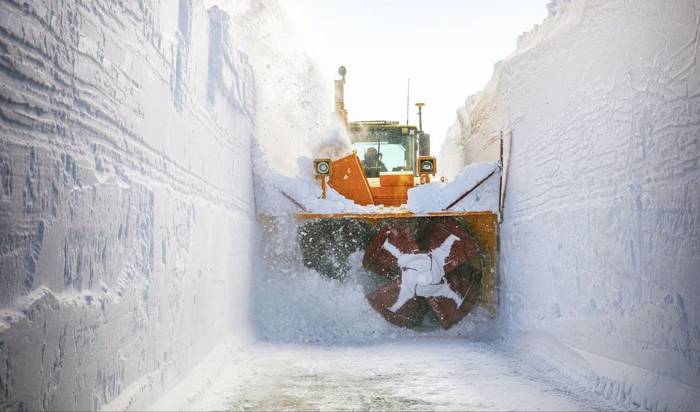 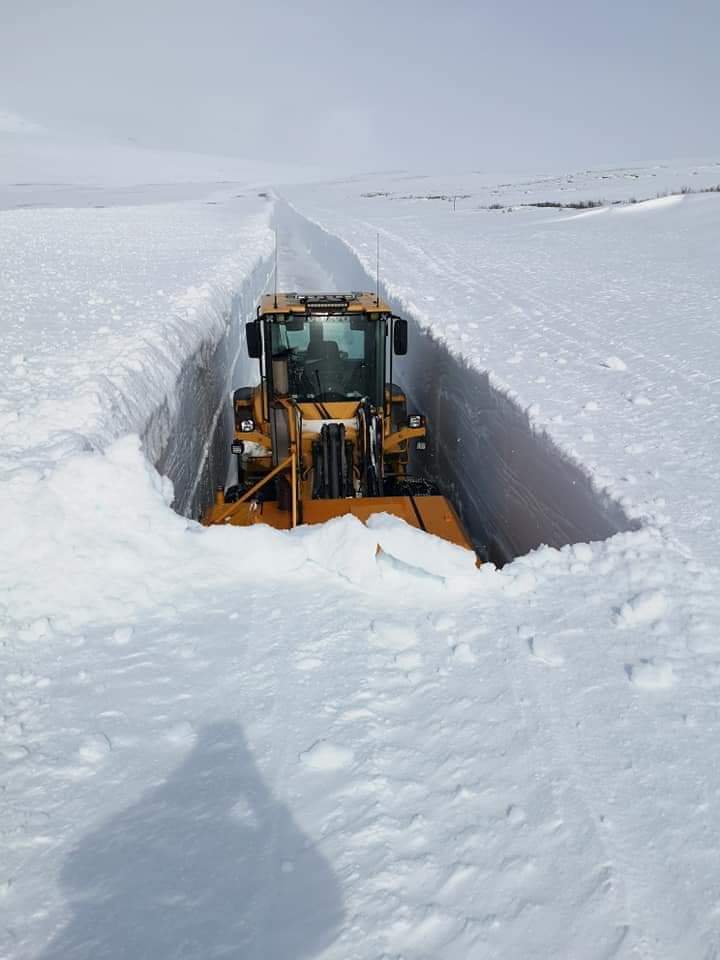 Hope you enjoyed the first pictures,.in this new picture-thread from Northern Sweden.

Ps: Just so you understand,.this in the pictures is going on right now.

Nice idea for a thread. It looks a beautiful -and freezing place, reminds me of skiing in Norway and Alps, except In those circumstances you don’t really get to appreciate the sheer depth of the snow. Your Northern Lights pics in the other thread were particularly stunning.

I hope you tune-demmed your camera, and blind-tested the driver of the snowplough…

This is the tastiest and most exclusive berry you can eat in Sweden.
The name is in Swedish…“Hjortron”.

A classic dessert at exclusive restaurants is,.Deep Fried Camembert with Warm Hjortron (Cloudberries).
Vanilla ice-cream with warm cloudberries,.is also something you can kill for

• Or waffles with cream and cloudberry-jam,.a classic in northern Sweden that my son loves.

This bucket of berries is worth a lot of money. 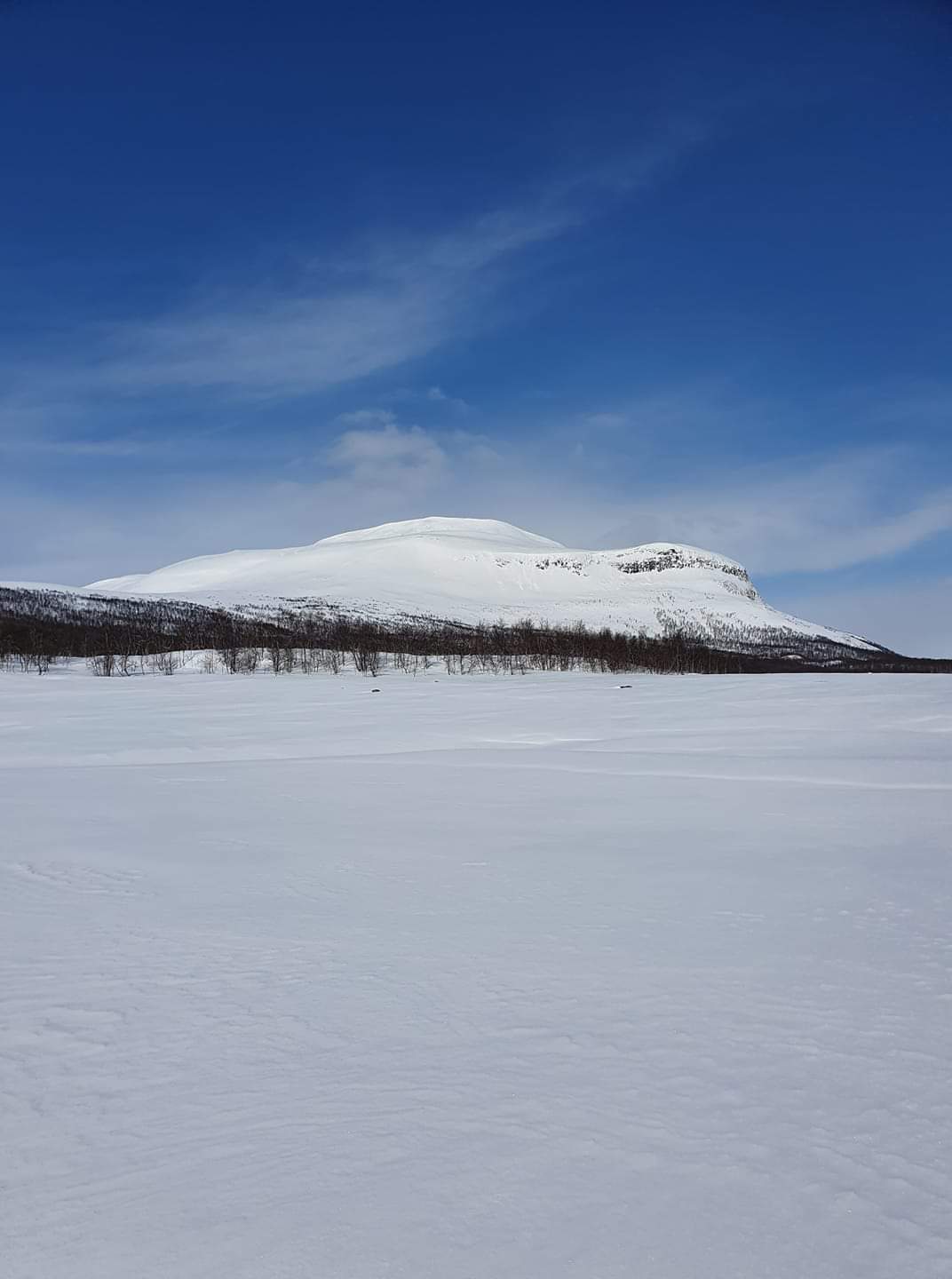 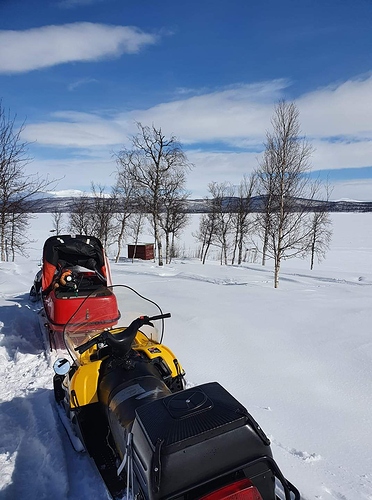 Love the contrast in northern Sweden,.on the coast where I live,the snow is gone and the grass green.
And as you can see in the two pictures,.200-250 km north,or west towards Norway.

Yes,.there we can still engage in winter-activities.
According to me,.an absolutely amazing experience,and far from the incredibly ridiculous,.in that some adult people still can not show consideration to the rest of us.

But instead continues,.after all these months,in another thread,.nagging about the word boutique.
Simply shamefully ridiculous,.but hope all of you other enjoy these two winter-photos.
You might get some idea for next year’s winter-vacation

Fly-fishing In The Night… 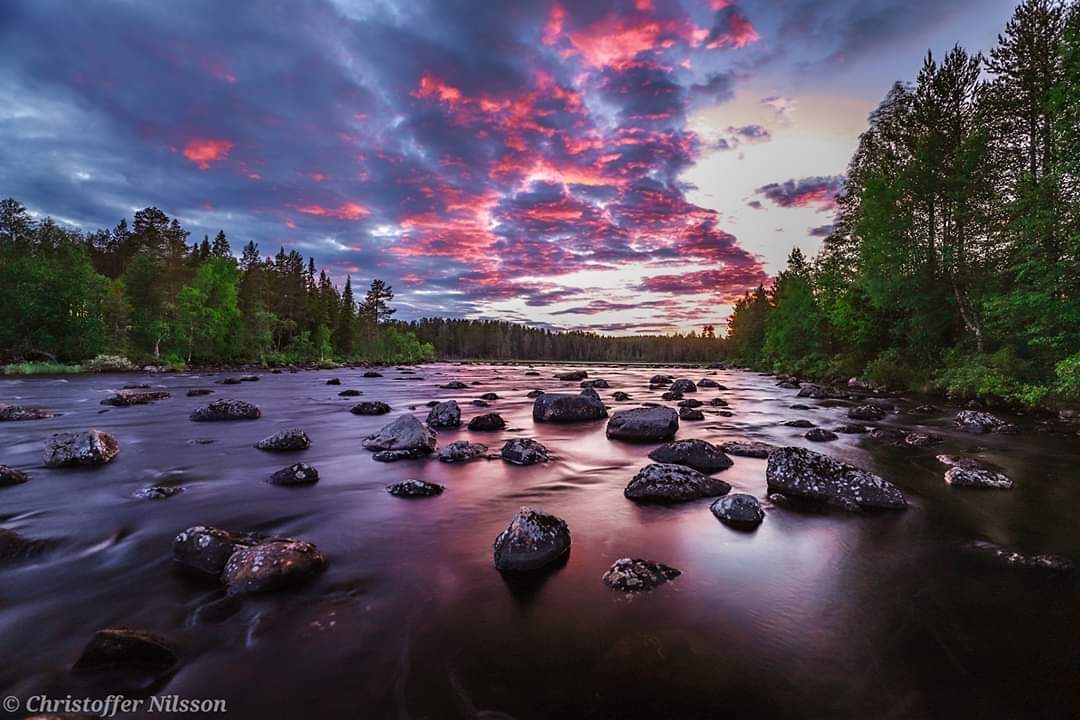 This is at two o’clock at night,.and as the photographer to this picture (Christoffer Nilsson) says…

"These are the most Magical,.and Soothing nights I’ve ever had.
There was a lot of fish,.and I was in a magical environment."

As you may know,.we have bright summer-nights in northern Sweden.
Here it was a little darker because of dark clouds,.but still bright. 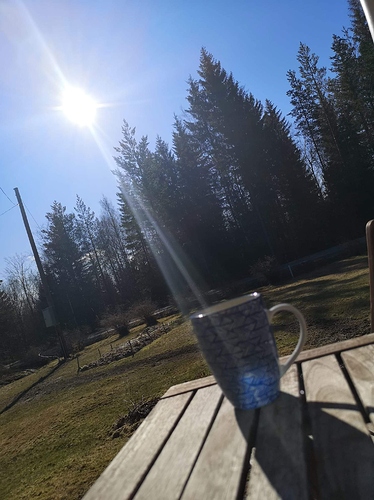 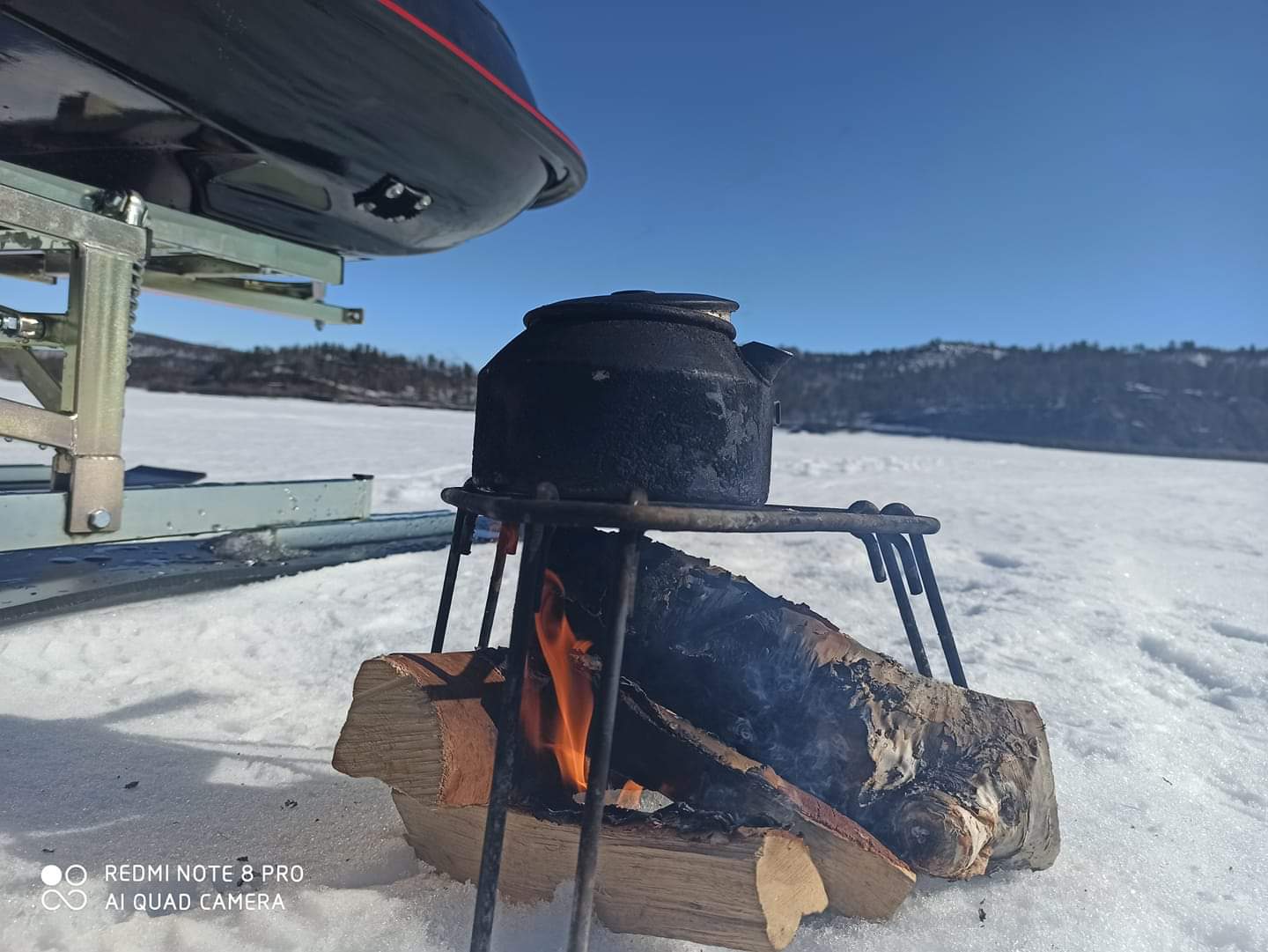 Somewhere in northern Sweden,.you stop on a frozen lake with your snowmobile.
Make up a fire in the sunshine, and cook your morning coffee.

It is also called for,.quality of life… 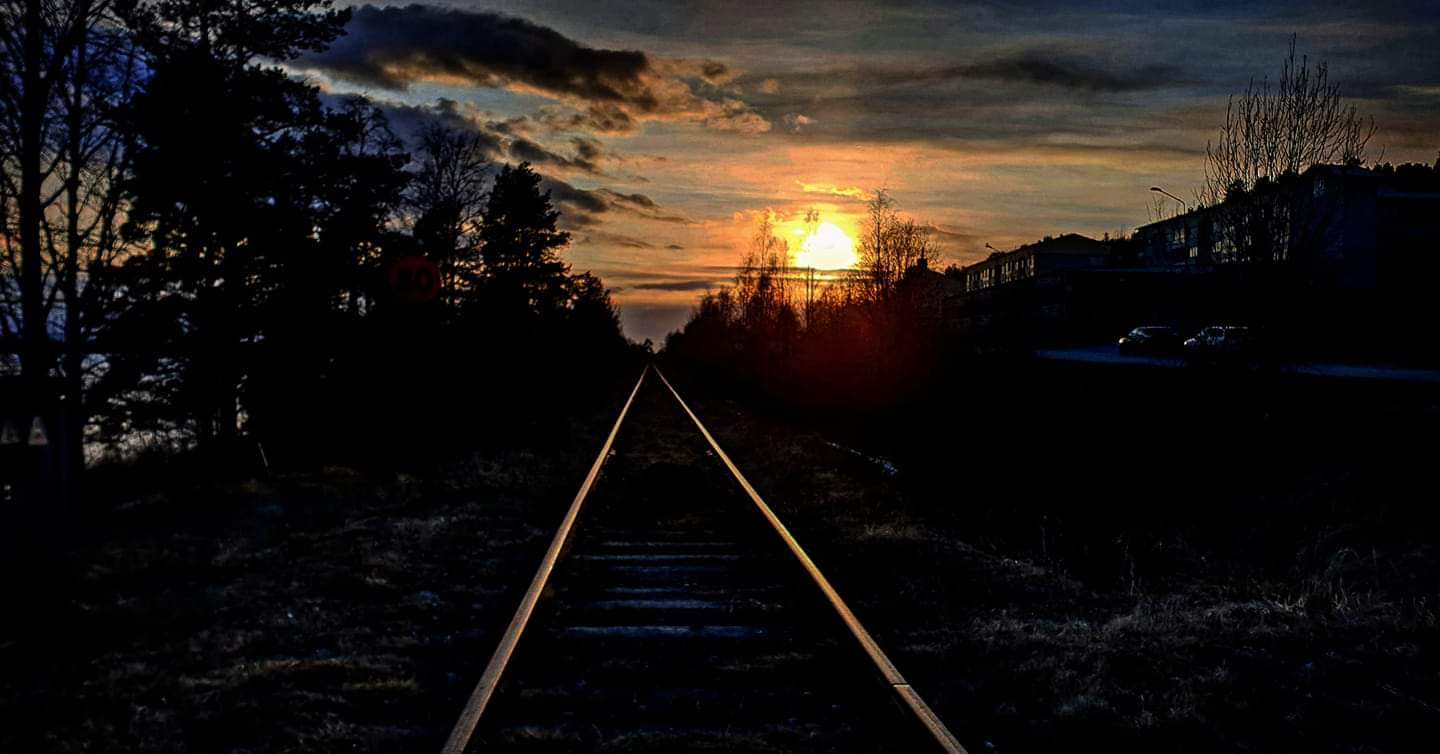 Now that many are sitting in lockdown,.or in self-isolation.
I think this picture is nice,.it creates dreams of the future.

Put on some music,.look at the picture,and dream,.where these tracks will lead you to in the future.

The photo with the half-buried snow plough reminds me of the “dugnad” I took part in with 13 of my neighbors to shovel 3 meters of snow off the roof of the apartment building I was living in in Borgen, Norway in the early nineties.

3 meters of snow off the roof

@PaulDavies,…Wow,.three meters of snow on the roof,.then the house must have been really solidly built. 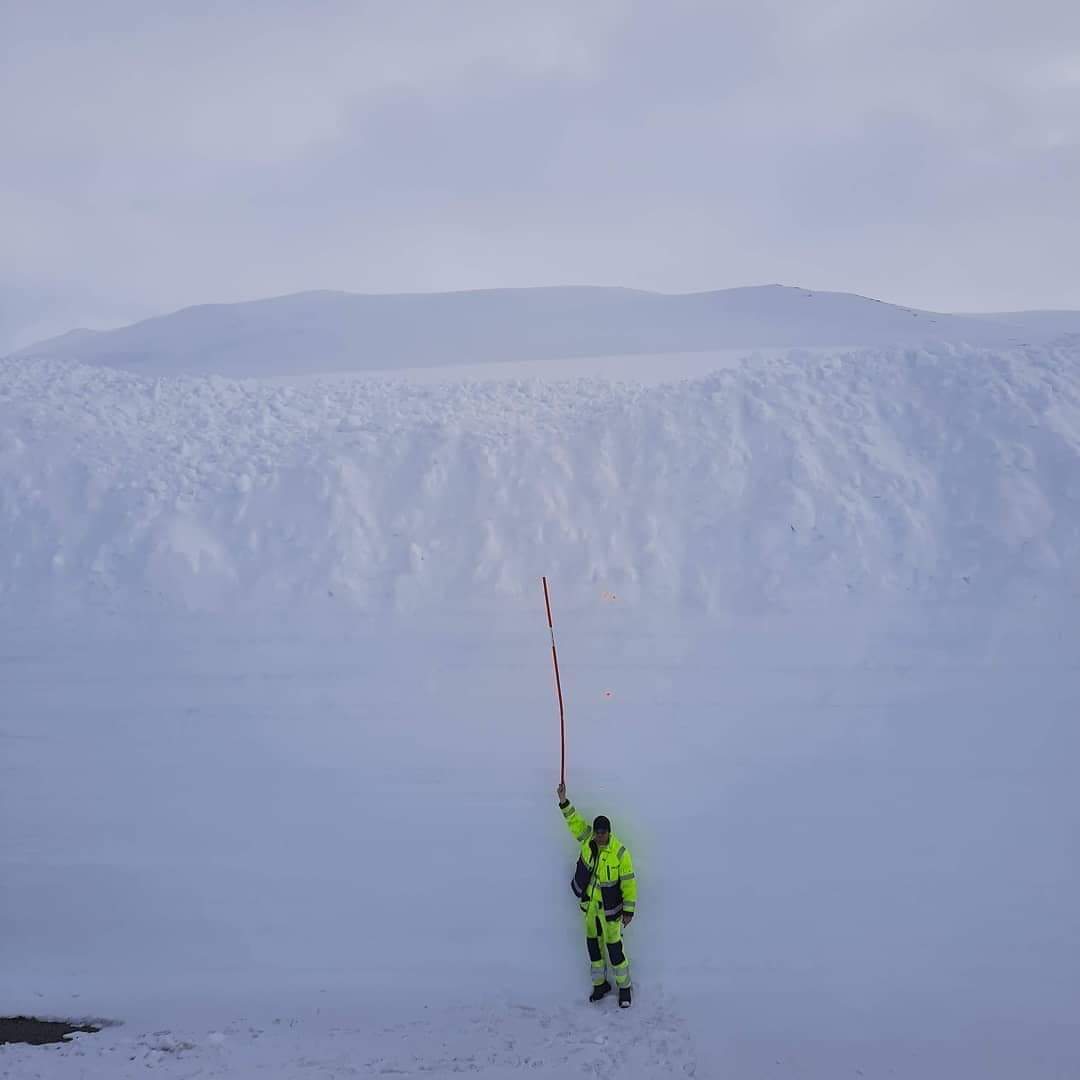 Here you have a current picture,.of the amount of snow in some places in Stekenjokk.
The first pictures in this thread,.that you also refer to,were also from Stekenjokk.

When I was a kid my dad used to tell us about when he was a kid, having snow up to the upstairs windows of his house and unabke to get out of the front door. Being brought up just west of London, where most years we rarely got more than an inch or two of snow staying for only a week or so, it sounded magical, and we marvelled over it, imagining tunnelling through it or jumping out of bedroom windows into it etc.

Then in winter 62/63 we had about 6 inches of snow and it stayed for about 3 months. That was the most I saw until as an adult I started to travel.

This houses is called “Fäbod”. 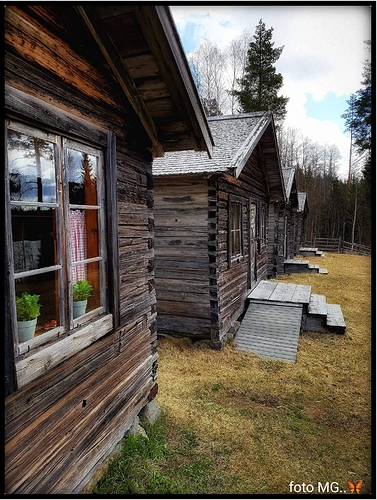 Old back in Sweden,.when people had cows, horses,.etc.
Then you lived in houses like this,.“Fäbodar” during the summer.
This was because you had your animals free outside,.on your pastures.
These pastures were often long from home,.so you have to live close to your animals in order to control them. 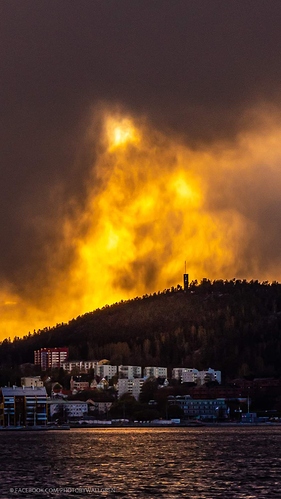 Ps: I hope you know,.that we currently have bright nights here in northern Sweden.
It starts to get dark nights again,.around August 15-20.

This is pure “wilderness”…!!

There is only One road between Kiruna in Sweden,.and Narvik in Norway. 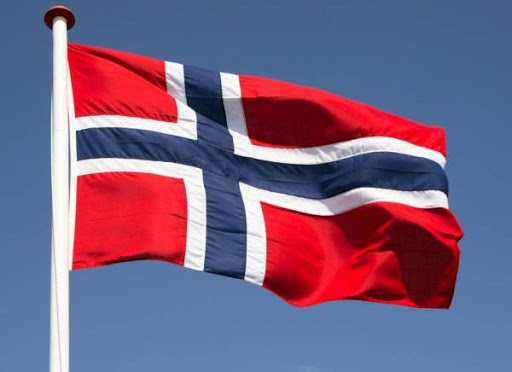 Now that I mention Narvik in Norway,.I get to take the opportunity to Congratulate Norway on their National Day today…17 May.
Or as Norway itself says… 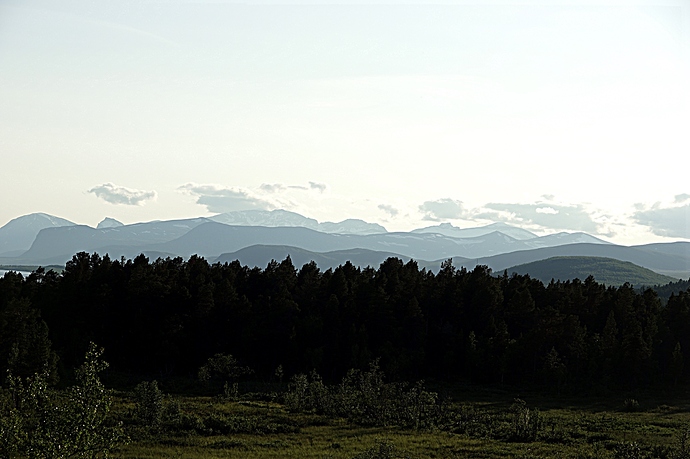 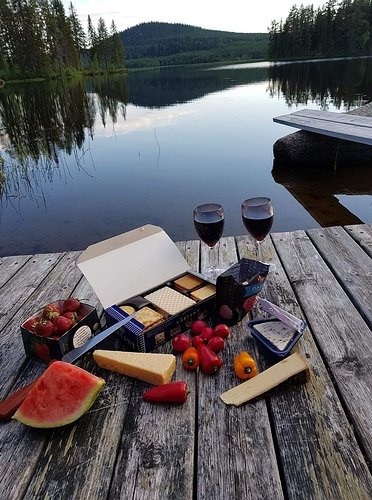 A fantastic evening on a pier in northern Sweden last summer.

Think this is a suitable image to calm down all the emotions in different threads,.feelings that give @Richard.Dane a lot to do. 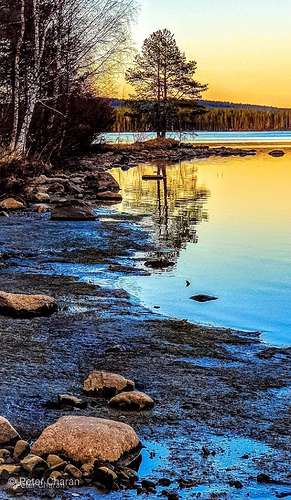 This is from Rusele in Västerbotten,.northern Sweden.
You can see what wonderful colors nature can create.

Vassijaure is close to Riksgränsen,.and after that,you have Narvik in Norway.
The picture shows a nice place in the shelter of the wind,.where you can eat,have a drink or just enjoy the beautiful surroundings.

That’s why I haven’t had time to answer a very,very strange comment about installation,.in another thread,
This is around Björkliden,.a number of kilometers south of Vassijaure.

This moose suddenly appeared on the road,.with the famous motif Lapporten (in Swedish) in the background. 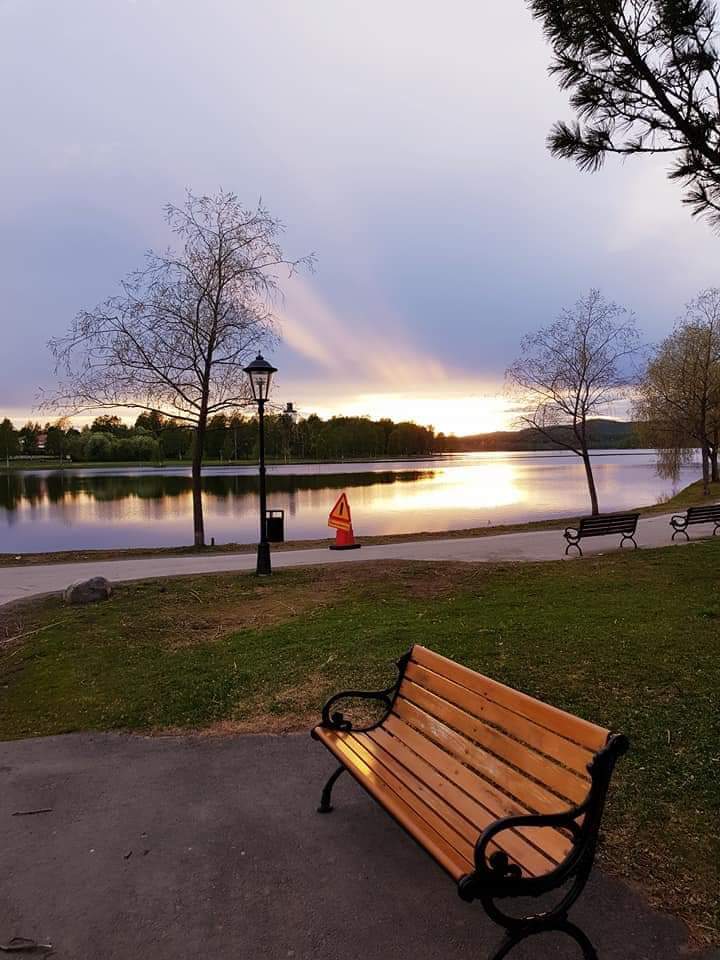 Northern Sweden, a land of contrasts. 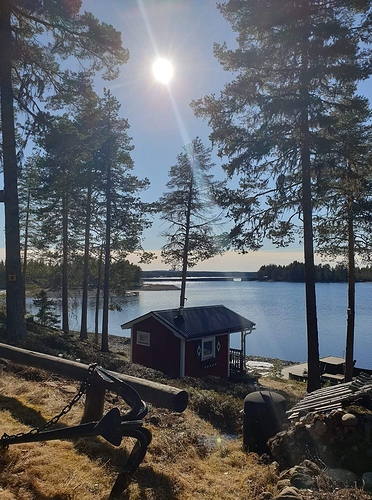 In northern Sweden there are large distances,.free areas and a fantastic special nature. 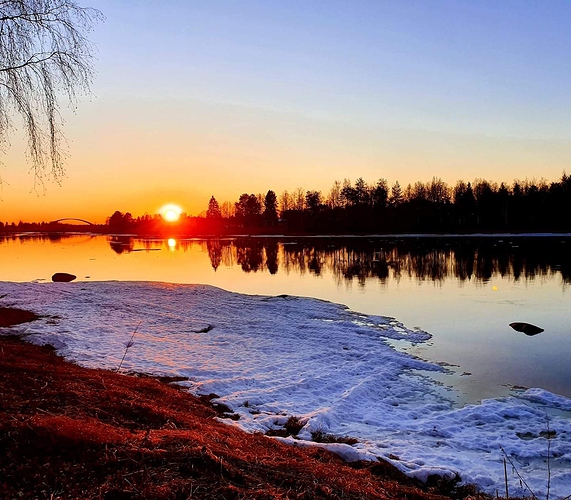 Tärendö is located on the coast,.about 130km north from my hometown of Boden.
This image was photographed five days ago. 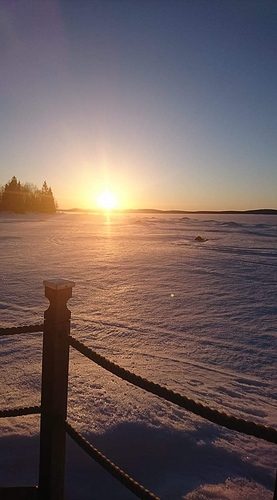 Sitting on a dock very early in the morning,.drinking coffee,and listening to when a bird named Orre “plays,sings”.
In Swedish it is called “Orrspel”. 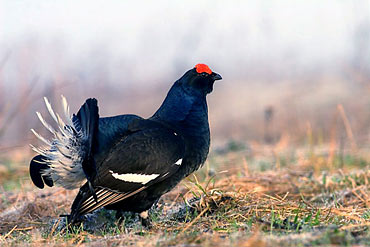 • The bird Orre belongs to the family forest-fowl,.and is the second largest bird in size,after Tjäder (in swedish).

Stay safe out there…
/Peder