Sad but inevitable event this morning.
How could the risks been evaluated better?

Utterly tragic , my gas man is going out to NZ this week , looking at emigrating there . hope this puts him off …

How could the risks been evaluated better?

No doubt there will be questions and answers around that. It is a highly regulated environment and the eruption risk was recently elevated from 1 to 2, though below the threshold for closing trips.

There is always a question around acceptance levels for risk, both at a compliance level and a personal decision level. We have to decide what earthquake levels we design to. We accept the risk of driving and being hit by another driver - we had almost as many road deaths last weekend as this tragedy for example.

The H&S environment is so regulated, rescuers weren’t even allowed to go on the island to rescue people.

Hindsight is allways wonderful…i guess this will get a thorough investigation. Personally i have always wanted to visit NZ, but not a volcano, i think you have more to offer?

looking at emigrating there . hope this puts him off …

Is this supposed to be a joke?

News is got good our PM has just given a press conference and informed that there’s up to 13 Australians fatalities.

Hopefully those that succumbed did not know much about it, if anything, that would be a small mercy…horrific.

I’m two minds re the risk, while it’s true it’s up to the tour company to carry out their risk assessments. As long as this is done (as per @Mike_S post) and the public are informed we have to take some level of responsibility for our own choices.

Tourists want more these days as a result they are increasingly put themselves at risk.

It looks like the eruption was a “phreatic” type, meaning it was due to an explosion of superheated water that blasted out of rock with such power the rock was pulverised into ash, as well as many larger fragments. Apparantly this type of explosion is more difficult to predict than a magma eruption. Burns victims have been sent to hospitals around the country including 5 to my local hospital in Lower Hutt. Hope they do well.
The island is the top of a 2km tall volcano and because it is surrounded by sea perhaps this has lent a sense of complacency with tour operators, as who would take day-trippers to the top of a 2km high volcano on the land?

You can go to the crater of a 3.3km high volcano on land in Italy, there’s even a cableway for part of the way up.

I doubt people will be queuing up to get up there tomorrow.

Cyclists train on Mount Teide precisely because it is high - summit is at 3718 metres. It has around 4 million tourists a year

You can go to the crater of a 3.3km high volcano on land in Italy, there’s even a cableway for part of the way up.

… and I’ve been to the crater of a relatively active volcano in Hawaii. There was obviously a (very) small amount of danger involved but I thought it worth the minimal risk. I would also love to visit New Zealand at some point, and a trip to this volcanic island may well have been on the agenda.

There are many tourist attractions around the world, and accessing some of them involves some risk, but people choose to go nonetheless. This was a hugely unfortunate and very tragic loss of life, and lessons should be learnt. However, I think that any attempt to find scapegoats would be unfortunate.

I’ve been inside the magma chamber of a dormant volcano.

I agree life isn’t without risk, so long as the risks are not directly caused by other people’s intended action(s) and are well known or explained accurately, it’s the people concerned who then knowingly and voluntarily take on that risk.

I found even this hot enough. 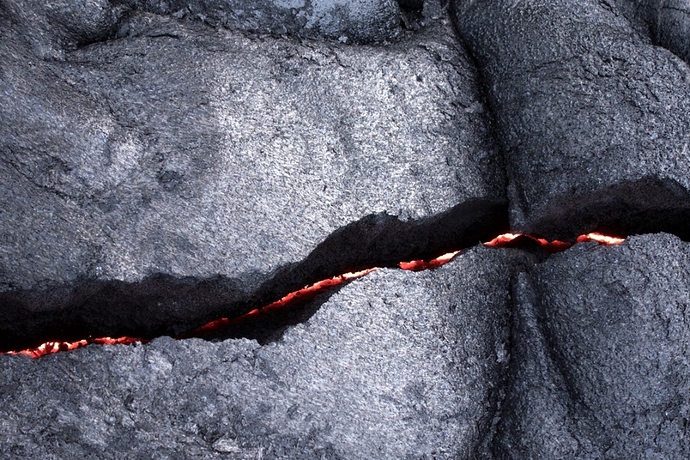