One for the techies

Here’s a question that has been puzzling me…if a digital audio stream is binary, ie a series of 1s and 0s, the actual data stream arriving in my house from TIDAL should be identical to anyone else’s, assuming we all are using the same service, eg hi-if quality etc.

Given the data stream is identical, what drives the difference in sound quality from the streamer, assuming and identical setup of amp, speakers, rack etc? Is it just the quality of the DAC or is there something else I am missing?

Strap in, chaps, this is going to be a long one.

[In other words, the question posed is basically the crux of every hi-fi argument from the last 20 years. Apart from the ones about cables]

Oh…sorry. Didn’t mean to stir up a hornets nest!

Oh, it’s far too late for that

The digital data after decoding is of course the same. However, before it can be decoded into digital data it is transmitted by analog modulations of electricity in cables that are plugged into hifi boxes, and this is what might have side effects on other (analog) parts in these boxes. (At least that’s the most frequent guess for why things like network switches seem to have an effect, at least in some environments, although they “shouldn’t”)

Of course, but this is never disputed anyway, the digital data after its decoding necessarily represents just samples, so the reconstruction of an analog signal in the DAC is not entirely determined by the data.

Yes, the data as delivered will be the same. However, to convert a sample stream into something useful to reconstruct into an analogue signal, time has got to be added. There are three variables… true, false, and time.
The true and false are absolutes (or binary) . The time by definition is analogue… and it is this that introduces variables in the reconstructed audio… as well as the reconstructuring filter algorithm. Remember due to sample theory, digital to analogue conversion by definition can only ever be an approximation. These variables are within the DAC.

If you look up the channel of Hans Beekhuyzen on YouTube, there is a nice video in which he explains why there is a difference. Look for ‘Network Players Quality’ (two parts). I don’t think I can link it here.

Thank You! I’ve just finished watching. Some of it was above my intellect, but if I’ve followed him correctly, does this mean that with the advent of MQA higher sample rate streams from the likes of TIDAL, these are higher quality than CDs? If that’s the case, are ripped stores on NAS drives effectively redundant, providing users subscribe to hifi quality streaming service?

Remember due to sample theory, digital to analogue conversion by definition can only ever be an approximation.

I thought it was a perfect representation as long as it’s band limited (Nyquist–Shannon)?

does this mean that with the advent of MQA higher sample rate streams from the likes of TIDAL, these are higher quality than CDs? If that’s the case, are ripped stores on NAS drives effectively redundant, providing users subscribe to hifi quality streaming service?

Oh, and how large the difference really is between hi-res and CD quality, Nyquist-Shannon theorem or not, is difficult to say for sure because you rarely know if the versions came from the same source master. In the end, if it sounds better, that’s the goal. And some hi-res versions certainly do, but not all either

No, it isn’t, you are thinking about aliasing which is a key part of the sample theorem… however it only holds true for an impulse stream … … therefore the sample theory states that only a series of values that represent infinitely small durations of time with infinite power can be totally accurately reconstructed (an impulse stream) … obviously this is physically impossible… and only possible in mathematically pure constructs.
The reconstruction filter is about mitigating these approximations along with the ‘zeroth-order hold’ technique for physical implementations.

If you are interested I can point you to some good DSP engineering and scientific texts that can take you through this without being too heavy on the maths…remember mathematical absolute models can’t usually be realised in reality… and our sample theorem is a classic case of this that one can learn about in DSP engineering. 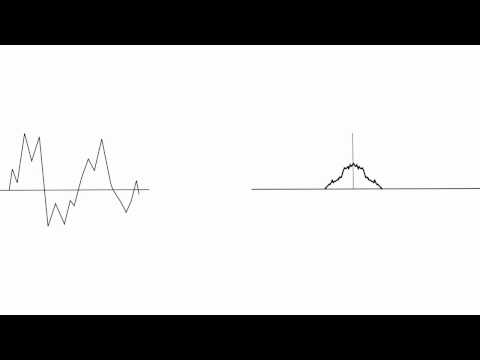 ooh heck…i’m not going to get into this one: these days, there are too many experts out there LOL

(and fwiw, i’ve been a “professional” (as in I got paid for it, LOL) digital elec. eng. at circuit level for nearly fifty years)

if a digital audio stream is binary, ie a series of 1s and 0s, the actual data stream arriving in my house from TIDAL should be identical to anyone else’s,

does this mean that with the advent of MQA higher sample rate streams from the likes of TIDAL, these are higher quality than CDs

It doesn’t get much better than this

No wonder the poor layman gets so confused

. How many people know what an impulse train is … and that it physically impossible to realise… ie infinity can never be measured, but the sample theorem only holds true for an impulse train… so reality is always an approximation.

There are 10 sorts of folks - those that know about digital electronics, and those that don’t.

As seen somewhere on t’internet:

There are 11 sorts of folks - those that think they know about digital electronics, those that don’t, and those who do it for a living.

And digital processing software as well

I also always understood the Shannon-Nyquist theorem to state exactly this, but I never really dived into the math (and it feels intuitively wrong to me but this does not matter as I have no clue about the math, and many math things are unintuitive on the surface but work

I always reconciled myself by thinking that it is mathematically so, but must be missing some point that matters in practice. Plus by thinking that even if the DAC outputs a waveform that was exactly reconstructed, you still have to make this output control correctly what happens with the current from a power supply.

I guess I have to finally read up on S-N, I am realizing that my cluelessness has been secretly bugging me for decades

I also always understood the Shannon-Nyquist theorem to state exactly this,

It does state this, but that is not the key point… look at the maths… the Nyquist sample theorem holds true for an encoded impulse stream…that is where the maths and engineering gets interesting.
The difference between simplistic idealised models and real world… this is why DACs typically include reconstruction filters containing the sinc function