Opinion | They Really Don’t Make Music Like They Used To 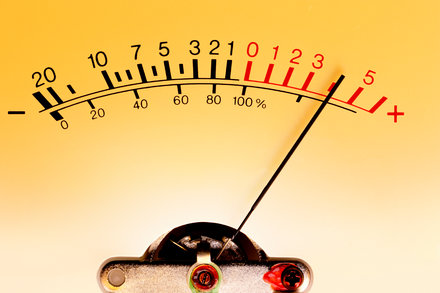 Opinion | They Really Don’t Make Music Like They Used To

If the Eagles or Marvin Gaye fan in your life is complaining about this year’s Grammy songs, this might be why.

NYT Comments are interesting also. I suppose we could consider this as preaching to the choir, but the concerns are valid in my view. So what’s to be done?

As ever in a market driven economy - vote with your wallet, and don’t buy (or stream) the guilty artists.

Brick walled rubbish has been around for a long time now. A lot of good music has been ruined. A saving grace is that a lot of it can sound OK in the car but forget about finer appreciation. My first move nowadays is to look for posted DR values. Not an absolute indicator, but a good start point and often the finish point.

As long as that’s an option then yes. But a market driven economy brought us self-serve gas/petrol stations and now grocery stores are going the same way replacing cashiers and having customers line up to do it themselves. Tyranny of the majority, tragedy of the commons…

Interestingly when the “Loudness War” was discussed not long ago on the old forum, some people stated that it has actually gone into decline, which is contrary to that NYT article.

My approach is simple: if I listen to it and like it I buy it - and the only time I might look deeper into recording quality, dynamic range etc is if there are different versions to do choose from.

By like it I mean like it enough to want to play again and again otherwise I wouldn’t bother anyway - and of course if the compression is such as to make it unpleasant, it wouldn’t get past first base.

But in any case to my hearing & taste there is not a huge amount of good modern music around anyway - the vast majority of what I hear is of no interest, but I don’t think it is the dynamic range in itself that is the problem, just the “music”. That said, it is a shame to find that some otherwise good music is marred by the quality of recording.

Incidentally, when I looked at the DR database a few months ago I was left with the impression that the algorithm was assessing something different from what I was hearing, with some things that have quite a reasonable sounding dynamic range scored poorly.

I agree with you on that. Most of today’s music is “disposable”. You’d listen to it once or twice and then forget about it.

How best to check the dynamic range/quality of any given recording?

There is a database called DR.loudness-war.info, that publishes people’s measurements - but I think you need to take it only as a possible indication as with a few things I looked up a while back the data did not seem to correlate well on all recordings with what I could hear. I don’t know if it is because what it is actually measuring is “crest factor” not dynamic range, or that whatever tool /algorithm used may not work with all types of music, or whether different contributors use the same tool and in a way that ensures consistency.

I seem to recall that there is a downloadable software you can use yourself, aimed at reporting back to their database,

But I don’t know that this answers the question!

Thanks! I’ll check it out.

from recent albums which I really like - The XX, Steven Wilson, Gorilaz, Steve Mason, Soak, The National,
is music the same, no, do I want it to be NO

if I dont like it I dont lisen to it, I am sure when Marvin Gay’s music was launched same comments - The Beatles RadioHead, Sex Pistols, etc etc

Have to say I find the “not much great music around nowadays/disposable” argument to be facile and banal. It’s one that has been propagated for every new genre in every new decade of the past century or more. It never goes away and it’s rarely true. Finding new music has never been easier. Finding great new music is no harder now than it ever has been.

The reality is that as we get older our experience highlights the influences within new music and so we see less as original and we’re naturally,for the most part, less inclined to buy that which resembles something we’ve already heard.

Within that one has people who will actually only listen to or buy that which sounds similar to what they already have and those who see no purpose in adding to what they have.

Do they make music like they used to? No. And thank goodness for that.

That you do not like new music has no baring on whether it is good or not. The music from the past that lots of us consider great sounds boring and dated to young people so of course it isn’t considered to be great or even good to them and that is exactly how it should be.

The music I like the most (late 70’s early 80’s punk/new wave) is related to me being young when that music was new. I was an angry young man and that music touched a nerve for me. If the same sound did not exist then, but was around now, would I like it as much ? Probably not. I am sure youngsters (god I feel old saying that) feel the same about boy bands back in the naughties and the X factor brigade now. As I have got older and mellowed I do like “modern” music (Florence and the machine/George Ezra/Jess Glynne etc). I would not like to say any music is better or worse, but of its time and by definition it was popular.