For Naim CDX (NA CDX), what is the original remote using the Narcom model? 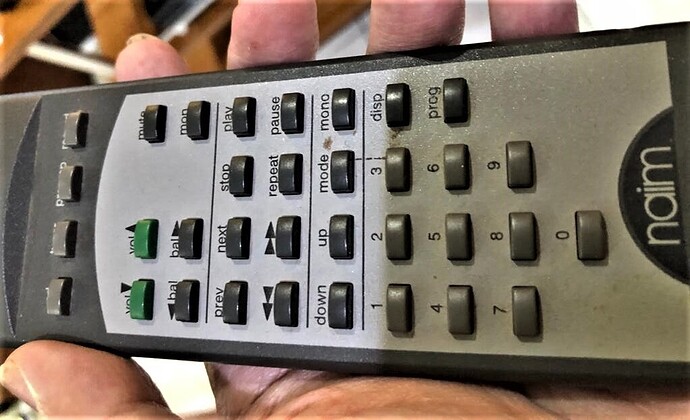 I dont think it’s either of those. The first one in the picture is the one from a Pre-Amp from the same age as the CDX. In fact my CDX one is still in the loft as I just use the pre-amp one for everything.

@GadgetMan
can you take a photo of the remote you mean / you use to control the CDX?

Sorry if I wasn’t clear. The one I use is the pre-amp one which is identical to your first picture. It came with my NAC102 preamp back in 1999.

The one that came with my CDX in 1999 is in my loft. It was of similar design to your first picture, but didn’t give any more functionality that I needed.

I have the second one with an early CDX2, note the Naim logos on the two, that might be a clue but I wouldn’t put it past Naim to have used the older ones up before sending out the newer ones with the same model CD player. There’s been a few different remotes with later pre amps without changing the amp. 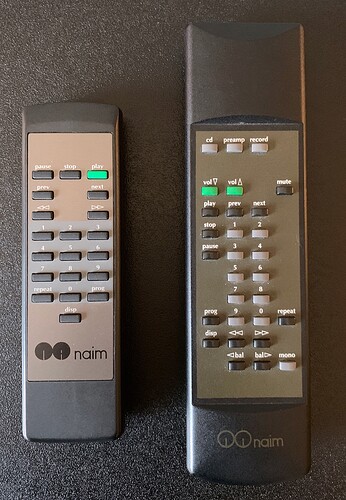 So if we buy the default remote, for example, if we buy a new CDX, which remote does it use originally?
For the first photo I’m sure it can be used on CDX, but does this mean that this remote is 100% the default if we buy CDX itself without pre / power or other units?

For CDX2 I think that there are different generations, CDX comes from 1998 while CDX2 comes from 2002, that Narcom 2 can be used on CDX and newer systems, in my opinion, is a natural thing, but I want to know the default CDX remote if we buy this unit alone and without Naim’s other devices

Well I am happy to say that my recollection from 22 years ago was wrong. Just been in the loft, and here is a picture of the Pre-amp remote and the CDX one on the right never been used. They are identical 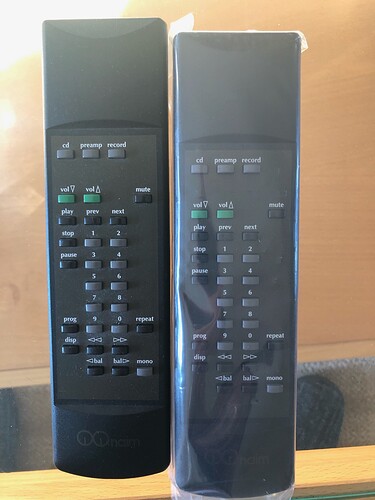 or as I will now call it “A Spare”

I this this Narcom 3 is original remote, packed with the CDX unit when it was new
maybe at the same time the buyer could buy a pre amp and power amp or tuner, so that the Narcom 3 could be used to control all three devices (CDX, Pre amp, and Tuner)

Not sure about Tuner, as there is no Tuner button on the row 1. but yes it looks like they shipped the same remote for the Pre-amps and CDX of that time. I recently upgraded to a NAC 82 of the same period, and again that was the same remote.

One remote to rule them all. 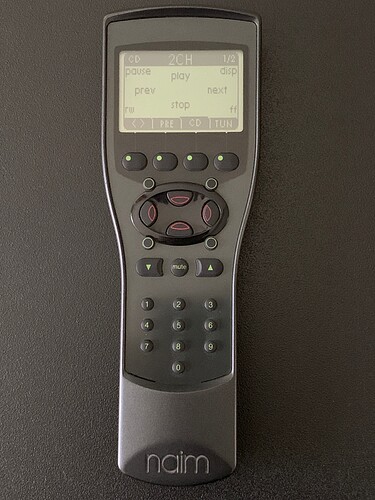 It’s fragile, unrepairable, weighs a ton and eats batteries for breakfast, but is a joy to hold and use.

but this is not originally came with NA CDX…