Well i have the S600 for a little over a week now and after leaving them on there wheels so i could move them easy, i have finally found a position that i am happy with in my room. Around 300mm from the rear wall and a slight toe in and it was the slight toe in that has made a massive difference as i was using them square on before.
But the vocals that these have and the bass weight is fantastic and a big improvement over the SBL’s that i have been running for years.
How at the moment i run these like i did with my Sbl’s, using 2 x 250 amps, one amp doing all 4 bass units and would like to know from other owners if they found an improvement by adding a 3rd amp to split the bass units. At the moment i dont want any more bass and it all seems to wprk and sound great and dont want to just add a 3rd amp for the hell of it, but if it will bring better control ect then in the future i will look at adding one.
Another question is swapping the old olive 250 amps for a pair of 300 amps, but this would be much more expensive way but again interested if it would be a big improvement, rather than just more new boxes

I would tend to chill out with your new speakers before contemplating new amps. But as you asked the question…imo the 300 dr is a big step up in control and dynamics.

Another question is swapping the old olive 250 amps for a pair of 300 amps, but this would be much more expensive way but again interested if it would be a big improvement, rather than just more new boxes

I use 4x135s and was thinking about getting a 250. Therefore interested in responses …

As i said.not going to be buying another amp anytime soon, but i am interested in whst it may bring an to whether its worth doing

you can add nap200,it should have same gain structure as 250.Not sure if it is so,but i d say third set of crossover outputs probably releases a bit more bass signal, to counteract lowering sensitivity of s600,which is sealed box.so,probably,only way to get flat frequency response is to have 3 amps.I have two 300s,and tried adding 200(nobody i know has 300,or 250),result was flatter response.Not night and day difference, but noticeable.

Well i removed the lid from the snaxo bmr today, well no gain to be be had from running all 6 out puts over running 3, as the top ones are just split offs from the bottom row and share the same rails.
Will add a 3rd amp at some point i guess, but right now its sounding fantastic and really enjoying my music once again as the up lift in quality over the SBL’s is quite a big step and dont feel the need for the extra amp as the system has so much power in its sound its great

Just to add my 250’s aren’t standard these days and thats helping loads i guess, as age started to get the better off them and i didnt want to get ride off them as i love my olive amps

W run the S600s with 3 NAP 300s. I originally ran them with just two, the addition of a third was not a huge improvement, and I often think of raising some funds by reverting to a pair. I would reommend upgrading your NAP 250s first the 300s are far superior.

The S600s are a fabulous speaker in my opinion, there are frequent comments that note them as another Naim speaker whist they were designed by Karl-Heinz Fink…

Good to hear your thoughts on the 3rd amp, likewise i can’t see a big improvement by adding a 3rd amp unless you play at loud volume levels and running your amp bass amp hard.
Looked at getting 300 amps, but i didnt want to change my olive look and so looked at other options and now i have a 3 naim black boxes lol, but at the time i didnt.
But as said my 250’s are not standard these days and on par with the 300 now and very soon they will be going even high up the ladder, which should be fun

which crossover is that?

Its the 362 floating bmr that is used for the ovator speakers
Wanted to see if running 6 mono amps rather than 3 stereo amps from it would be an upgrade, but the outputs are just split from the same connection on the board 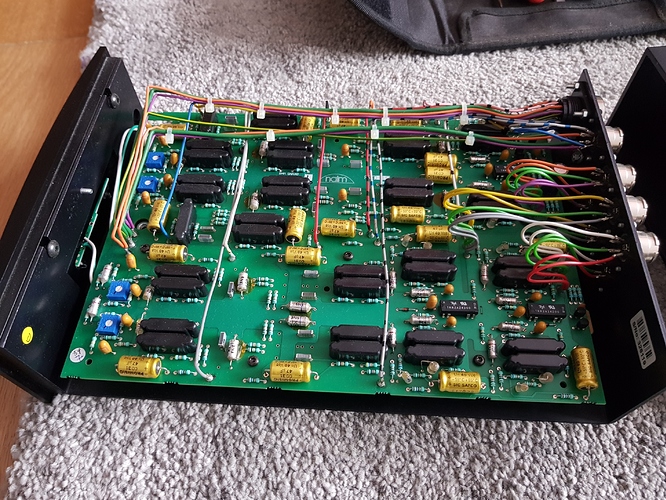 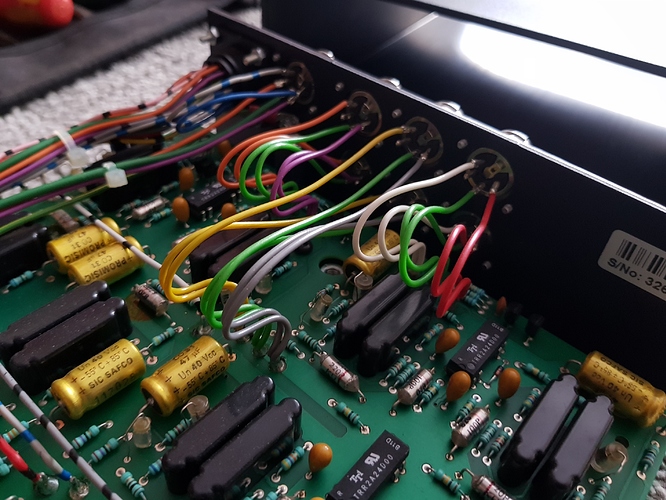 indeed they are!never opened mine:(
two amps still give more signal to drivers,gues that s what i heard as a difference