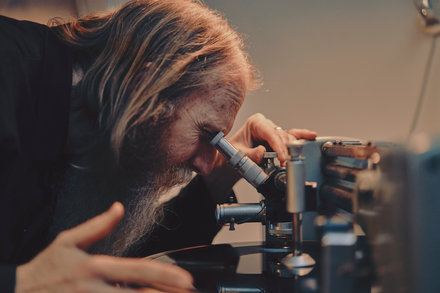 The Electric Recording Co. in London cuts albums the way they were made in the 1950s and ’60s — literally.

Funnily enough, I was just looking at ERC. Of the two in stock items they currently have, I checked out the Elgar (as I have the original record)…blimey!
£500.

Sad to say, I won’t be going any further…

Edit/ and then I read in the article they have the rights for a Forever Changes release. eek.

I was drooling over their Klemperer’s Beethoven Symphony box set.

The ERC LPs are pricey for sure, and I’ve already decided that they’re out of my price range, but I do admire the total dedication to perfection.

I was rather tempted by the Kogan Brahms Concerto. However, in the end I settled for the Testament reissue at a twentieth of the price. Only shame with the Testament is that they didn’t go for a proper flip-back sleeve.

Testament’s Kogan is a nice reissue. However, I would not pay 500$ for this either. I think they’ve done a nice job. Love the silver label. 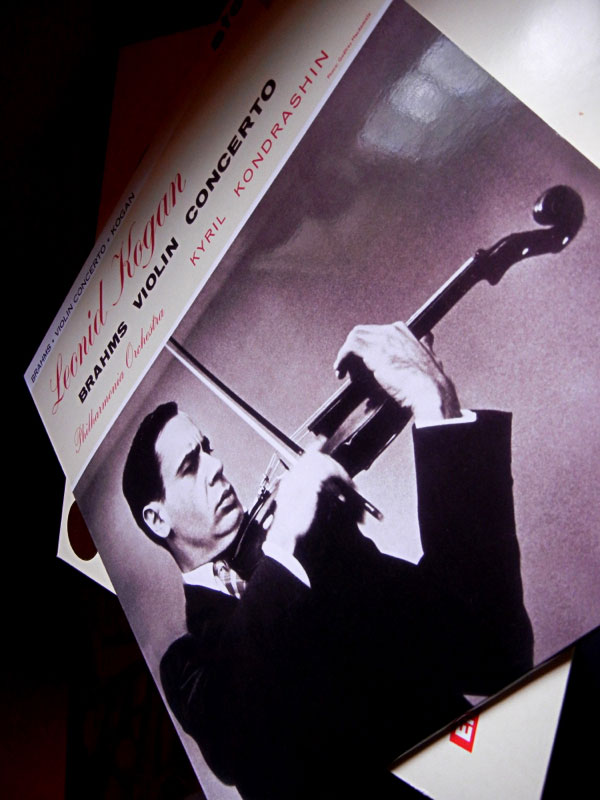 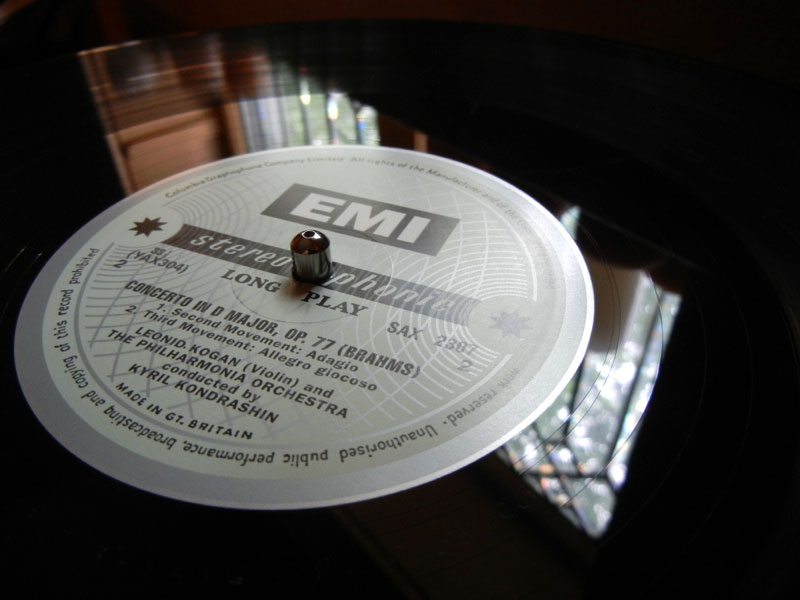 I do like the comment;
“Audiophiles listen with their ears, not with their hearts,”
Whilst these do seem expensive, when one considers the lengths and attention to detail these are artisan works of art made with rare craftsmanship.
Even at these seemingly crazy prices, for those willing to pay seemingly crazy 5,6,7 figure sums for “HiFi” then £500 for a work of art to complement the system doesnt strike me as being so crazy in context.

Yes, the labels look great (although shame they can’t use the original Columbia logo), and all for under £20…

Did you manage to get hold of a copy of the De Vito Mozart?

Just been over on the Hoffman Forum and they’ve racked up over 200 posts on this subject. You gotta love the Hoffmen.

ah… I did not realise the omission of Coumbia logo. Must be a copyright issue?

I have not located that De Vito Mozart yet. Do you think it’s worth 500 bucks? For one thing it is the fuggliest cover I have seen.

Yes, i think a trademark licensing issue. There must be something similar faced by ERC, although the mixed use of Parlophone and the old EMI trademarks is interesting. No Nipper either for similar reasons.

I note that the ERC De Vito is still available. I only have the Testament, and that would be the one I would recommend to you if you were at all curious to hear it. It’s more about the rarity of the performance and original LP (It was pulled just after release) than anything else.

Yes, the cover is awful, but seared into record collectors conscience because if you ever to come across a copy of the original at a boot sale or similar it would be the find of a lifetime.

@Richard.Dane @kuma - the issue of old EMI trademarks (eg Columbia, Harvest, Capitol, Parlophone etc) since the company was broken up and the assets went to UMG and Warners has become a minefield.

For example, Universal owns the licence (via Calderstone Productions, a company especially set up by Universal and Apple Corps) for the marketing and distribution of Beatles product, but Warners owns Parlophone (inc the £ logo). Parlophone now has the right to Bowie’s catalogue, and they used to have Pink Floyd’s too, but then Pink Floyd set up Pink Floyd Records and started issuing product (although Warner manufacturers and distributes music for PFR). But although PFR can use the old “magic notes” logo on the three albums originally issued on Columbia, they cannot use the Harvest label or logo used on post Ummagumma releases, because that belongs to UMG. But I recall that UMG can’t use it either, because of some sort of dispute. Calderstone has to buy a licence from Warners to use the Parlophone logo and name for certain Beatles projects (eg the mono LP box of a few years ago, or the Pepper 50th). UMG uses the 1970s Capitol logo, because there is some problem with the ownership of the classic “dome” logo.

Kev, thank you for at least attempting to explain how all the old trademarks are tied up. What a mess! I’d imagine it makes licensing for reissues a bit of a headache and does at least explain why exact replicas of old LPs are not always possible.

However, it also goes to show just what an amazing job Gerald Short of Jazzman Records did in managing to secure licensing agreements to not just re-release the Don Rendell & Ian Carr albums, but also to get licensing agreement to use not just the old EMI logos and trademarks but also the Columbia Records Magic Notes logos and trademarks from the original The Gramophone Company Ltd. Oh, and he also managed to do flipback sleeves - heavenly!

Works of art & they do sound sublime , most are still cheaper than on mint original if you can actually find one in decent condition condition Latest monk is wonderful