I have just taken delivery of a new 2LP set of Pink Floyd’s greatest ever album ‘The Wall’. It is a remastered version, and I wondered if anyone who has this copy could tell me whether to expect much change in sound (improvement, I hope) from the original LPs that I bought when the album was released all those years ago?

I just need the LP12 back from Audio T to give it a twirl. Exciting!

As an aside, I have seen some photos of ‘The Wall’ with the graffiti-style writing on the cover in red (rather than black, as on my original copy and this replacement). Does anyone know why there is that difference?

@graham55 – the UK 1979 original vinyl is the one to beat. Superb. Second is the blue obi CBS/Sony Japanese pressing froim 1980, and the 2016 Guthrie/Plante/Grundman mastering on Pink Floyd Records is also very good, despite being cut from a digital file (this may be the one you have). For some reason the 2012 cut on EMI isn’t great. US cuts are best avoided.

I assumed that all Pink Floyd recordings are released by EMI. I’ve certainly never heard of Pink Floyd having their own record label.

I have an early vinyl need to check on pressing date - the recent remastered is very very good, but also one to look out for is the digital remaster - I ripped CD in to FLAC which was OK the 24/192 is a stunning - not as good to me as my Vinyl but huge improvement over my ripped CD 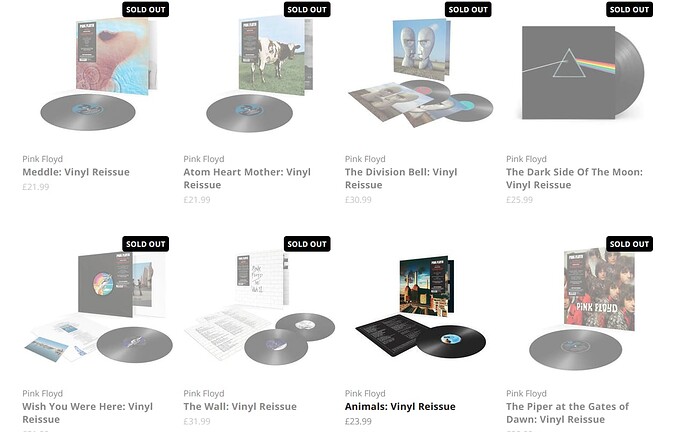 The group own their own masters, have done for quite a while now. EMI went bust a decade ago and no longer exists as a company. Most of its assets (including The Beatles) are now owned by Universal (Sony owns most of the EMI Music Publishing catalogue).

The Floyd formed Pink Floyd Records in 2015, and their music is distributed in most of the world by Parlophone/Warners (Columbia in the US).

I played the ones and zeros off the first CD album of The Wall, which I bought around 1990 (ish)

When that CD started fail, I bought the 2011 remastered version (red writing on the cover) but it sadly seemed to have lost a bit of atmosphere.

Having never bought a download, this is new territory for me.
Are there recommend places to buy from and will downloading them onto flash drive, then simply plugging it into the front of an NDX2 give me the best playback?

Apologies for the sidetrack.

Many of them were recorded at Abbey Road, but none of them have been given “Abbey Road Fairy Dust”. They were all done by Jame Guthrie (assisted by Joel Plante) back in 2007-2011 at his place in Lake Tahoe. The group don’t allow anyone but Guthrie touch the core (pre-1987) albums, with the post-Waters stuff plus some archive projects handled by Guthrie’s one-time assistant Andy Jackson, who also curates the Gilmour solo work. Guthrie also looks after Roger Waters’ stuff (and Kate Bush).

None of the core albums are limited edition, they are intended to be permanantly on catalogue. they might go off sale temporarily, but they will be repressed at some point.

There are 551 versions of that album, referenced by Discogs. Crazy.

There are 551 versions of that album, referenced by Discogs. Crazy.

Thanks for the Info = James Gutherie does it for me - DSOM !!

I have used the USB on my NDX, but all my digital music on NAS 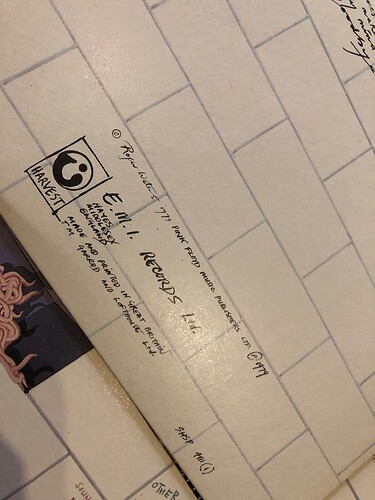 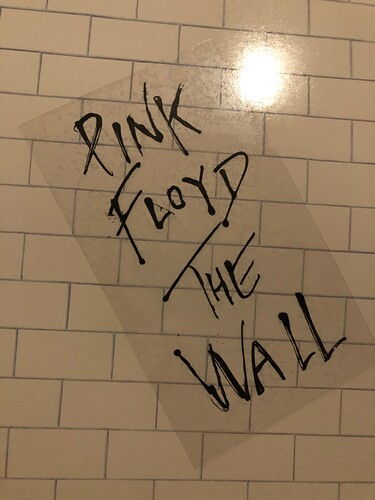 I think the original sounds better, I have both.

Some of the 2012 pressings (the last one on EMI before it went under) had red writing. So did the 2011 “Why Pink Floyd?” EMI CDs. There’s no difference between these and “black” versions.

Pink Floyd records, I believe it has existed for some time now.

I only have 1 version - bought new, on its release…

I bought the 2011 remastered version (red writing on the cover) but it sadly seemed to have lost a bit of atmosphere.

Surprised, but we all have different ears. I think the 2011 remaster sounds superb.