There have been disclosure rules for the prosecution in place for years. Esssentially the police are obliged to disclose the evidence they have to the defence before questioning (subject, as ever, to various conditions).

In respect of the caution, this was introduced to combat the very common occurrence of a suspect ‘sitting on his hands’, exercising the right to silence, then months later ambushing the prosecution at trial with a concocted defence that the police had been unable to test. At it’s heart is the assumption that an innocent person with a defence to an untrue allegation should have no problem with proffering his explanation at the first opportunity.

Normal, good advice to anyone under suspicion would be to say nothing after arrest, and make a decision whether or not to proffer an explanation during interview after taking legal advice (the solicitor having been given advance disclosure by police in respect of the evidence against the suspect).

Exactly the type of question for the padded room …

Out of interest is anyone on here a magistrate?

I am planning to apply as a post-retirement occupation, would be interested to here of people’s experiences. Maybe something for a thread of its own.

I wonder what happened when this happened?: 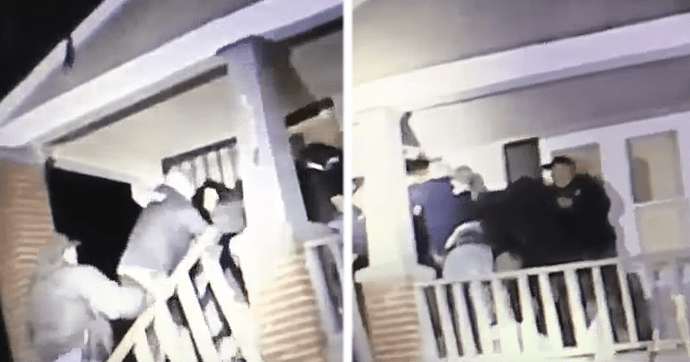 A  huge mistake led to police officers arresting each other.

OK. I have this friend who has…

As far as the police are concerned, your statement isn’t worth the paper it’s written on.

About 40 years ago I spent a an hour or so at the local cop shop, giving a statement after an incident involving my car, a lamp post (undamaged) and another car that caused my cars slight collision with the lamp post. My statement was quite detailed and obviously described how the incident was caused by the other car driver.

After a few weeks I received a summons to the magistrate’s court with a charge of dangerous driving and careless driving. My statement shown in the summons contained about 20% of my full statement, didn’t mention the other car involved and basically admitted full responsibility.

I pleaded guilty to careless driving but in the mitigating circumstances section, I pointed out my statement had been radically altered. I then received a letter from the magistrates, they hadn’t accepted my plea of guilty and wanted me to attend court.

A couple of weeks later I received a letter from the Chief Constable, advising they’d dropped the charges.

I don’t know what it’s like today but 40 years ago, if the police said you did something, you had very little chance of proving you didn’t.

I don’t think there has been a radical change to that culture.
Rightly or wrongly, I get the impression that the premise of innocent till proven guilty has been reversed.

I agree, since it often seems that those trained to recognise guilt have great difficulty in recognising it’s absence… speaking from bitter experience.

It was only a matter of time before we got ‘the entire Criminal Justice System is screwed’ on the basis of one or two personal experiences!

As an ex cop (31 years service) my perspective may, I admit, be slightly biased, but I firmly believe the majority coming into contact with the system are dealt with fairly. Unfortunately there will always be the ‘barrack room lawyers’ who trot out what they’ve picked up from the press or their mate down the pub. Still, I shouldn’t moan - doctors, nurses, fire(wo)men, they all suffer from scrutiny by the self proclaimed experts!

@timmo1341 I couldn’t have put it better my self. I work rather closely with a major U.K. police force, and the vast majority of police officers and non policing professionals I work with I believe are well meaning individuals with a strong ethos of public service and duty… yes there will always be the odd bad apple but very much the minority… it’s a bit like saying all politicians, councillors, bankers, solicitors, estate agents, teachers, GPs, you insert your favourite bogey profession, are corrupt and self centred and in it to screw the punter… the truth is with the vast majority it couldn’t be further from the truth…

It was always going to be a divisive subject but isn’t it personal experience that shapes the way we think and essentially, who we are.
Jeez! If we were to totally rely on, lets say, the media, to shape the way we think then imagine …

I’m far from claiming this :

It was only a matter of time before we got ‘the entire Criminal Justice System is screwed’ on the basis of one or two personal experiences!

Wee bit of over reaction there, prompted, no doubt, by the fact that you are an ex-policeman yourself, surely?

As @raym55 quite correctly says, our thinking tends to be shaped from our personal experience, and, having had a bad experience some years ago, I accept that my views may be somewhat prejudiced.

I work rather closely with a major U.K. police force,

That’s all well and good Simon, but as I’ve said above, your views might well be somewhat altered, should you ever find yourself unwittingly on the other side of the fence, don’t you think?

I was yesterday in London and saw the police handling the Extinction Rebellion Protesters and I thought it was extremely professional.

Possibly - but I have made a complaint against a police officer in a different police force for what I considered completely inappropriate behaviour and conduct in front of me and my young family - and I must admit i was apprehensive going to a police station - and being led into the interview room to make the complaint. What I can say I was treated with total respect and courtesy. My allegation was investigated by another police officer - and was supported and it did indeed raise inconsistencies from the police officer I made the complaint against. I was kept informed of progress of my complaint, and I was finally informed that a formal warning had been given to the officer in question, and I was asked whether I would be willing to attend court to give witness should the be a repeat occurrence from this officer. Finally I was thanked by a senior officer for my time and commitment to supporting the investigation and to help the police force in maintaining high policing standards, and a full apology was given to me and my young family for the errant behaviour. I understand that police officer has since moved forces
But yes I have been pulled over for speeding a few times and infuriating and embarrassing as it is - I respect the officer for what they are doing - because there I have been in the wrong - even if only 5 mph above the speed limit.

There is often a feeling that, “If I just tell my story and it’s the truth the police (judge, etc) will understand and I don’t need a lawyer.” At least here in the States, that is BAD thinking. If it’s YOU who is under suspicion, again at least here in the States, having a lawyer is a very very very good idea. The police may tell you that “only guilty people hire lawyers” but that is solely for their own benefit, NOT yours.