Poor re-master or just late 60's recording! SQ not good at all! 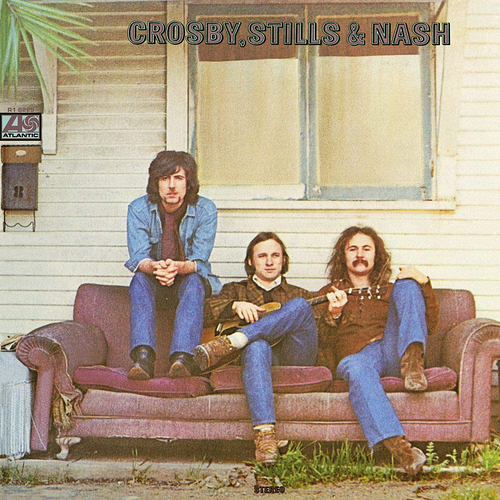 Just bought this edition from Amazon…180g vinyl…re-mastered i think…etc. The SQ is just rubbish. The voices are muffled, bass is slow and flabby and guitars are virtually inaudible.
So does any body else have this issue with these issues?
So is it the re-master,no good, bad pressing or just the limit of the gear used then not up to it!

Any views? Or will the CD i just purchased be better? Lets see.

Later edit: Not remastered i think…according to Discogs.

Well done finding your pressing amongst the 213 listings…

Generally original copies sound better . I mean original by the year of production.
Apart remasters from Mofi, Analogue Productions…and some audiophile ones.
You get probably a poor digital transfer to vinyl , as it’s often the case.

Is this a re-press of the rhino Bernie Grundman cut (look for a little BG etched in the dead wax). If so, it’s certainly not the best, but also the not worst LP issue of this one. It lacks top end and is perhaps overly thick on the low end. My UK first is much better. A US first probably better still. I do wonder whether the tapes have suffered unduly on this one. Tapes inevitably deteriorate, some faster than others…

@Richard.Dane…yes has the Kiss of Death little BG on the dead wax! And you describe it perfectly…

Is there an (online) resource somewhere that lists the mastering history of albums like this? I always struggle to work out what’s what. Doubly so when there are several streaming versions available…

As Richard says, Discogs is an invaluable source of information, although sometimes the info is not that helpful unless you have the album in your hand. For recommendations and assessment of different pressings you could try the Steve Hoffman forums, but they are not for the fainthearted!

Digressing slightly… there are two versions of Crosby, Stills and Nash on Tidal… does anyone know which master/source/transfer was used for which? And… how do you know?

I don’t see comments here, only all versions from 1969 to today.
Personally I choose generally the Mint version , the least expensive, US, UK or Japan, In the year of production or any version before 1979. 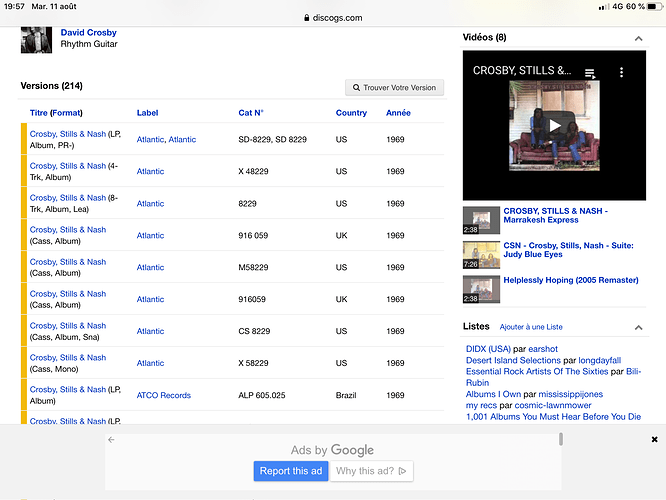 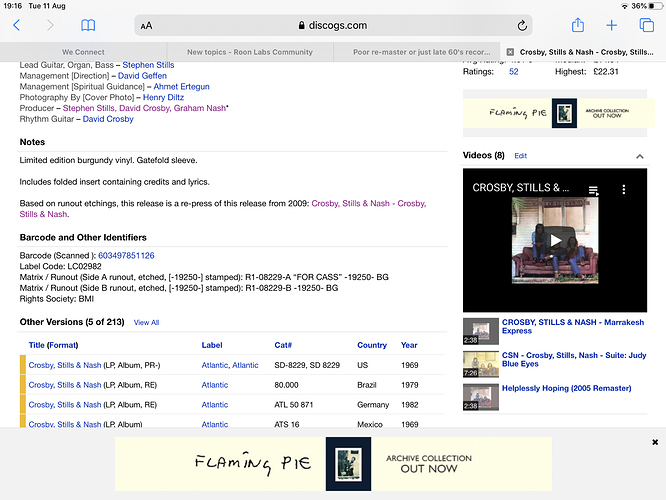 … I think so far I’ve identified six different mastering engineers on the vinyl editions (and no, I’ve not read every entry) including at least one disk with a different engineer on each side. I don’t think I’d want to get too obsessive about this game…

For me , year, country and label are enough.

Sending it back…not paying that for a rubbish issue…now trying to figure out a decent pressing!

Very funny I was listening to this album last night! I agree with everything you say. I’m presently doing A-B comparisons with tracks from the CSN ‘Carry On’ CD. The CD is punchier, brighter and much better. I assume the album is mastered from CD source just to jump on the Vinyl band wagon.

I’ve put the LP through a vinyl cleaner several times to see if that was the problem, minor improvements but still lifeless. Even the sleeve a poor reproduction!

Why do you assume that?

No, not the band, the label cashing in.

There is no top end and the bottom is very muddy - no dynamics so its from a lower digital source like CD. Unfortunately I bought it a while ago and I hadn’t listened to it until last night so I would be doing the same as the OP sending it back.