Hi all and Merry Christmas!

I have just received a couple of ex demo powerlines for Christmas and have noticed the actual cable seems different from one another. Did Naim change the flex the used at some point? @Richard.Dane you maybe able to help?

Popeye, sorry I can’t help as the Powerline arrived at the end of my time at the factory. I do, however have a few but, apart from minor diffegrences between pre-production and production examples, they are basically the same. Possibly one for Naim or hopefully someone else here can advise.

Do they have serial numbers ?
I have one without a serial number and the cable is slightly different to my other 4 power lines.
I thought it might be a early version

Yes both 2018 but the slightly younger serial number the different one.

I’d just plug em in and enjoy the upgrade…

I will be but just interested as to the reason for the difference.

I had before an old powerline which fitted not well to the 555 dr. The new powerline fitted well. So seems to be some differences.

I will take a couple of photos shortly to show. 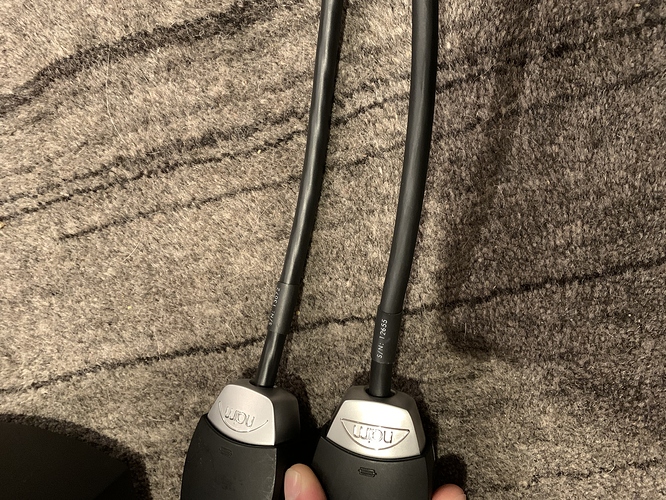 The slightly newer one is the one with the flex that has a wave within it. Does have a very discreet powerline written written within the insulation.

Does have a very discreet powerline written written within the insulation.

Only just put them on so to early to tell, will have a better listen over the coming days.

Only just put them on so to early to tell, will have a better listen over the coming days.

@popeye,…This below I wrote in another thread.
Good to know,.if you’re going to compare these two Powerline’s in the same device.

"We burn-in these new powercables in this way in 300 hours,.after that,they get to sit in the music-system for four days before we listen seriously.

But even if a powercable is burn-in,.and you have had it out of the system just a little while.
There is a difference in soundquality,.if you listen right after you put it in the system,.and after 30-40 minutes.

That difference increases even more after another hour.
This is important to know about,.if you shall test different powercables."

The overall sound changes as you add more PLs. Hopefully agreeably so, but in the first few hours it can be rougher.