Had to happen sooner of later I guess, but still felt a bit of shock on hearing the announcement.

Newsreaders on ITV and BBC both appeared rather upset too.

Though he has some controversial moments behind him (who hasn’t after 70 years of public life?) I feel he was overall a force for good and helped push The Family and institutional Britain on a bit. Though this feels like the beginning of the end of an era.

Passing of an era of duty to his chosen life and country. RIP.

God bless the queen and give her strength right now.

Just two months shy of turning 100. He had a remarkable life and an extremely good record of service. My deepest condolences to the queen and family.

With over 22000 solo engagements and 73 years of marriage to the queen. A stellar record by any standard. Also a funny man. My prayers are with the queen especially as she grief at this difficult time. 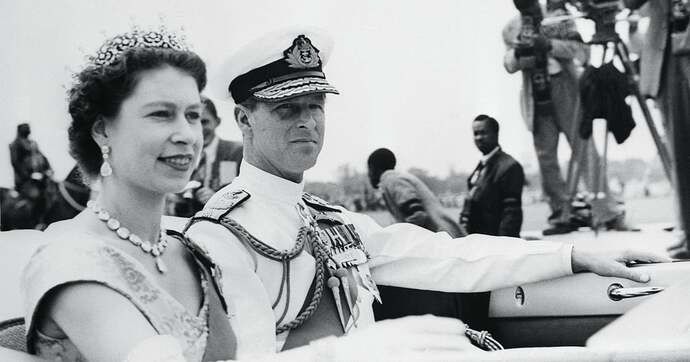 My thoughts go out to the Queen and her family right now. RIP Prince Philip.

As an aside, I feel this is neither the time nor the place for criticism of the man or the family, so if any members have nothing good to say, I would suggest you say nothing here.

The fact that he didn’t stand fools gladly endeared him to me. My brother met him once, through working with disadvantaged young people, and apparently had a good conversation, remarking afterwards on Prince Philip’s perception, willingness to engage and quickness of intellect. RIP

This is going to sound awfully pretentious, but I once had lunch at the Gavroche, and he was there (apparently, unlike for me, this was a common experience for him).
He arrived after we did and there was obviously something going on (with hindsight, his security people I guess), but as he passed our table he apologised for ‘all this commotion’.
There was no commotion, it was all very discreet, but I would not have expected him to have apologised for it even if there had been.

Did members of the Royal family ever visited Naim? Perhaps a Naim system exists in any of their palaces/premisses

IIRC, His Royal Highness The Duke of Kent was the last official royal visitor to the Naim factory, in order to present Naim with The Queen’s Award for Enterprise. More details can be read here:

A senior member of the Royal Family does indeed have a Naim system. But I am sworn to secrecy on any more detail!

I don’t fancy a trip to the Tower, so I won’t

Wow! May be he/she is on this forum! I will watch my tongue.

I always remember doing my Duke of Edinburgh’s award as an awkward teenager which was tough, but great fun…much like the man. R.I.P

Shame he missed out on his telegram ( do they still send them) for his birthday from her indoors.

RIP, a key support and rock for our Queen.

As a foreigner who was not completely aware of the political nuances of the country and inherent to the role he played over time, I have an idea (from what I saw in a biography, a few years ago), of a vertical man who abdicated a lot, for the love of his wife . For me, abdicating is a demonstration of sacrifice. And we only sacrifice what we love. For whom we love.