I have been to see an ENT specialist as I have pulsatile tinnitus (I can hear my heart beat in my my left ear).
I have been checked out by the specialist and now just waiting on an MRI scan to check for a acoustic neuroma. He has told me that this is rather unlikely but will check to be sure. They have found me to have slight hearing loss between the 4 and 6KHz frequency but at all other frequencies he couldn’t believe how good my hearing is and I can hear perfectly up to 17,000 Hz
I have found myself of late being more drawn to music with no vocals like classical and anything acoustic. I have always struggled to really understand/hear lyrics in music and find it fairly fatiguing after a while but I don’t suffer with this problem without. Does anyone else find this and also, anyone else had this type of tinnitus?

There is a very lengthy thread Tinnitus - Anyone Else on here, started by myself.
Perhaps may be some entries there relevant to Pulsatile Tinnitus.

Yes I know the thread Neil but couldn’t see anything about Pulsatile Tinnitus. It’s not Tinnitus like ringing in the ears so it’s a bit of a misleading name.

I get something like pulsatile tinnitus when I have a blocked ears and have put in some Otex ear drops. Over the next few days until it clears I find I can hear my heartbeat in the ear that is blocked, especially at night, and it prevents me from sleeping.
I assume your ear specialist will have identified ear blockage, so it’s unlikely to be that, in which case it could merely be a form of presbycusis.
How is your hearing at the bass end of the frequency range?
I’ve been reading a book about insulin resistance, which can affect blood pressure and cause tinnitus, plus frequency loss at the lower end of the frequency range, albeit the book didn’t describe your symptoms precisely.
I’d point out I have no medical expertise or qualifications in this field, only a curiosity.
Let me know how you get on and best wishes.

I would imagine this is fairly normal. With zero collaboration influencing listening preferences.
As an anecdote, when I was very little but old enough to become more acutely aware of my faculties.
I vividly remember being very traumatised with everything. As if perhaps in a past life being different but aware that things are so different to being in another state. Perhaps I was some perfect AI conscious creation.
Specifically taking very strong LSD at a much older age enabled me to rearrange the puzzle of my human identity alongside transcendental meditation.
Which, for me was very successful at filtering out the strange anomalies of the human condition.

Are you sure you went back down from LSD ?

LOL. yes. Perhaps I might just have had a flashback. You’ve got to embrace them when they creep up on you every now and again.

I had similar experiences when around 25 years old. It can sometimes come back

Hopefully I didn’t took a lot, but learned a lot from it at that time. However sometimes it can be hell. Better be in good mental condition before the experience.

But we are very far from the thread. I hope @popeye will find how to stop this problem.

As an aside, there has been for a long time the sideline medical advocacy of using strong psychoactive substances to treat the more interesting conditions that can go on to trouble some folk.
I do believe with hope that in the future such things can be a reality.

I heard of these medical experiments that were tried in the 70’s, but didn’t knew it’s still an actuality.

Yes it’s a very active field of study currently. It is expected that mainline treatments with psilocybin and other psychotropic substances will be introduced within the next 5-7 years. One of the recent studies: 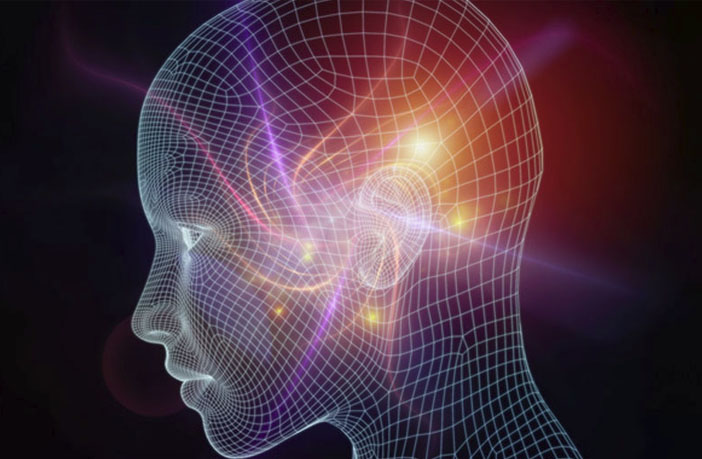 Psychedelic drugs may reduce depression and anxiety by increasing...

Preliminary research indicates that psychological flexibility may play an important role in explaining why the use of psychedelic drugs is associated with ...

Pulsatile tinnitus is totally different to tinnitus. It is often caused by a blood vessel being close to the eardrum, so it’s sound transmitted to the inner ear from the middle ear whereas tinnitus is “all in the brain”.

There are all sorts of possible causes, as I understand it, but I think acoustic neuroma is extremely unlikely. Anyway an MRI scan will tell.

I used to have pulsatile tinnitus in one ear 40 years ago but it gradually went away over a period of years, but to be replaced by gradually worsening hearing loss which certainly hasn’t gone away. It’s good that your’s is being looked into anyway.

To be fair, Pulsatile Tinnitus does sound like a song title from Gong/Steve Hillage.

Interestingly I’ve had this on and/off for a few years and I think it often relates to that feeling of ‘pressure’ in the ear, perhaps due to Eustachian tube dysfunction or allergy. It comes and goes but can be annoying with Airpods.

My blood pressure is currently too high and needs sorting, that could well be contributory in my case, but there are many causes of pulsatile tinnitus including small vascular growths (glomus tympanicum) though suspect if your ENT surgeon used an otoscope to view your tympanic membrane that the glomus lesion could probably be excluded.

As with many things it may be nothing, but requires a few tests to evaluate. Keep us updated.

I have ignored mine largely because it’s quite intermittent and as I mentioned seems to relate to ‘pressure’ on that side which occurs again intermittently. I think I’d be more concerned for myself if it was constant, but perhaps I should get it checked out in due course.

Sometimes it might also help to look at possible contributing factors in the environment that could be of influence, such as for instance the firmness or height of a bed pillow. If you are a side sleeper and the pressure appears to occur more on one side, it could be worth trying out a different pillow for a while too.

I have found myself of late being more drawn to music with no vocals like classical and anything acoustic. I have always struggled to really understand/hear lyrics in music and find it fairly fatiguing

For many years I have suffered from excessive wax production, which I used as the excuse for not being able to hear properly. Also, I found conversations difficult to follow and fatiguing and have been known to fall asleep in the middle of them with friends who know me well.

So, when I finally gave up and decided to do something about it and have my ears cleaned properly and the hearing tested by a private audiologist, she carried to a 2 part hearing test…
Part 1 was the standard can you hear a frequency tone. (I have mild high frequency loss in both ears)
Part 2 was more interesting I had to repeat a sentence which was mixed in with background words, apparently I can distinguish sentences which a high number consonants but have difficulty with hearing vowel sounds. (On the green Ok to red severe scale it was almost bordering red).

I now wear a pair of electric ears which “tidy up” the high frequency deficit, however whilst not curing the vowel problem they help enormously. The audiologist also said that if I still had problems there were a number of aural physiotherapy exercises that could help.

Thanks, yes I did read that my very slight hearing loss at the 4-6 kHz range is the frequency range that most conversation is at so certainly is possible that it’s linked.
I am also rather dyslexic, so that could be something to do with it also!

…
I have found myself of late being more drawn to music with no vocals like classical and anything acoustic. I have always struggled to really understand/hear lyrics in music and find it fairly fatiguing after a while but I don’t suffer with this problem without…

Oddly I’ve always struggled with vocals/lyrics - maybe that’s why I used to buy those pop mags with lyrics in as a schoolkid/teen!

Interestingly, one of the big benefits of upgrading my LP12 in the summer was how much easier it was to follow lyrics in songs I know very well, but have never actually bothered to read the lyric sheets.

Yes I also have pulsatile tinnitus - I can hear my heartbeat in the right ear. And have the regular tinnitus ( ringing) in the same ear

Annoying but have lived with it for 35/40 years and it’s amazing how the brain adapts. Luckily I have perfect hearing in the left ear so my overall enjoyment of all types of music hasn’t really suffered too much

Onwards and upwards as they say