I logged out elsewhere and it’s not made any difference.

Agree - I have Qobuz on numerous devices including my Nova, iPads, iPhones etc on a single seat Sublime account. Never had to sign out on one to play on another - I think they used to allow two ‘seats’ for accounts before family subs arrived.

I don’t know really because don’t use Qobuz, neither Tidal. But remember some similar threads and responses.

My Atom streamer doesn’t recognise my Q account and says I’m using an invalid name or password which is not the case - the log-in and password work on other devices.

Any foreign language or uncommon characters in the name and password? Could be an encoding issue that somehow mangles the credentials and what gets sent to Qobuz is not actually what you entered.

Yeah I don’t know, just saying that it is not a problem for me (nor was it with Tidal before Qobuz) and frankly I cannot imagine that is behaves that way. Imagine the uproar if every time you wanted to listen to Tidal/Qobuz on the phone when traveling, it told you that unfortunately you are still logged in through the Naim app at home.

Edit: as far as Tidal, the FAQ even says that you can use 1 device in online mode and 5 in offline mode (with pre-downloaded stuff) simultaneously

Can’t login with Qobuz via Naim App. Is there a problem?

Anyone else seeing this? LUMIN on the iPad fails to login to my Qobuz account, returning a network problem / unknown error. The same message is on Linn Kazoo, with the additional info ‘Qobuz is temporarily unavailable’. Login via the web page is fine. Thanks 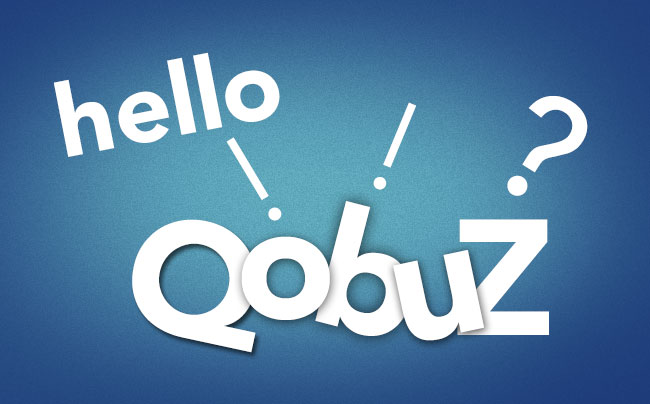 Hello Qobuz! You have the questions? We have the answers!

This week, Hello Qobuz offers you a selection of hi-fi and hardware questions posed by our clients, and, again we thought it interesting to make the responses public to you!

I started music streaming in Q app on tablet, phone, and browser. All 3 are playing

Something better to not find why, just log out all, switch off the router off then on, restart the streamer, restart the app, and it finally works.

5 minutes before, I copied and pasted similar threads above. But then I couldn’t write nothing on IPad. I had to switch it off and on to come back to normal working.

When I set up the Qobus account I was asked ‘what shall we call you’? I gave an answer and thought that to be my username. But no, apparently my username is my email address. Not sure what the point of the other name is, but who cares? It works. Thanks for being there folks.

Jonathan, I think you’ll find the service is spelt Qobuz, as HH called out earlier… probably best to get right to avoid confusion.
I guess I could to look up something on Giggle, Fistbox or listen to my Nam amp many would know what I mean but not everyone.

Why Qobuz is so named… https://www.qobuz.com/gb-en/info/actualites/why-is-qobuz-called-qobuz174873. (Hint A Qobuz is apparently an asian two stringed horse hair violin used in shamanic rituals providing a richly harmonic other worldly sound)

I wouldn’t get to hanged up about it.

But no, apparently my username is my email address.

Earlier I was half-way into writing a posting to ask if you were absolutely sure you were entering the correct credentials. Then I scratched it, thinking it was too silly. Never again

No… if genuine mistake then no problem what so ever, but HH already called it out in a polite and amusing manner and was ignored and persisted with . it’s like a slight arrogance… and disrespectful to the members…but I have said my piece…

BTW when I Google “Qobus” I get a correction query do I mean Qobuz… and if not a list of local QuickBus services… so evidently not totally ‘ good enough for Google’.

Hi, Suedkiez - yes I cheerfully admit to sometimes needing a basic steer in the right direction! So in my case at least you won’t cause any offence.

Thank you Simon. I agree it’s best to get these things right and none of us like it when anyone makes a mistake with our name. Qobuz. Qobuz. Just practicing

Took me two months not to write Quobuz

Jonathan, thank you… I think I was having a bad day

I be worried about putting that into Google