Been using Qobuz via the Naim app and Uniti Nova for over a year. I often open the album’s digital booklet. Occasionally I’d get errors, but in the last month the errors have grown to maybe 1 in every 3 albums. Might be wrong version of correct album (understandable), or right artist but wrong album and sometimes they are wildly out; like a Jeff Tweedy album linking to Jeff Beck booklets.

I’ve contacted Qobuz with more detail and examples and they’ve said it’s a Naim app issue. Is anyone having the same issue and are there any known fixes, or should I flag this to the Naim app dev team?

Hi, this is the same Rovi online database that you access from the Naim app whether it’s locally stored content of Qobuz. It’s certainly not unusual to see incorrect results, although if you’re seeing lots of them perhaps something is amiss. I would certainly contact Naim support and make them aware.
Maybe post some examples here so that others can see if they get the same errors.

Er, dumb question time but how do you see the booklets please ?

When you navigate to an album in local storage (not the play queue) there’s a little open book icon under the image:

For some reason it’s not always available for Qobuz albums.

Not noticed that before. I’ll have a little play around

Qobuz do make the original booklets (i.e. a digital version of the booklet included with the CD) available for some of their albums. It’s primarily, but not exclusively, for classical releases and I guess it does depend on what the record label provides. I can access them on the control app for one of my streamers and they’re also available via the Qobuz app. To date, they’ve not been directly accessible on the Naim app, though I do keep asking for it.

Hi Roda. It seems to depend on what device you use. On my Samsung phone, using Android, the option doesn’t exist. I mostly use an iPad Mini with the latest IOS. When I play a track there are three dots on the right. Click the dots and a menu appears with “Open Booklet” as the top option. The booklet opens within its own window and once it has loaded can have dozens of pages with album and artist info. Wordage appears to be lifted from Allmusic.com. These are not CD booklets/sleeve notes; there are often loads of artist photos, ‘albums like this’ and other interesting stuff, some of which is clickable for even more detail. When it works well for an album or artist I don’t know, it is fantastic.

Here are some examples. Note, when it works properly, the big grey box is the album sleeve. The Springsteen album booklet should be for the No Nukes live album from 1979, not The Essential…The Nilsson album booklet is for a different issue of Schmilsson with loads of extra tracks, not the original release that was playing.

Btw, these are all being streamed in HR. 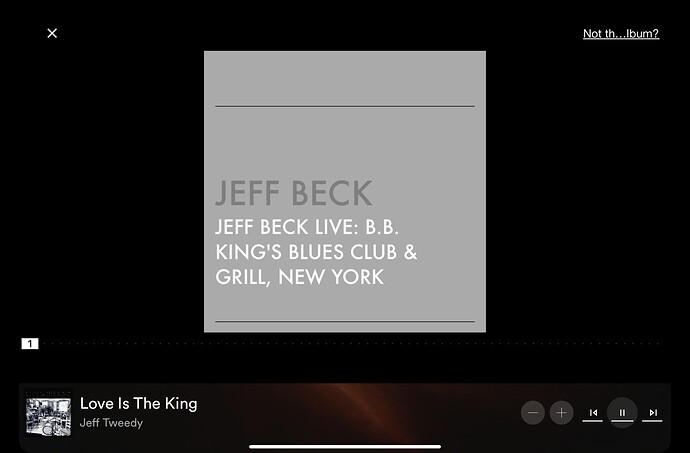 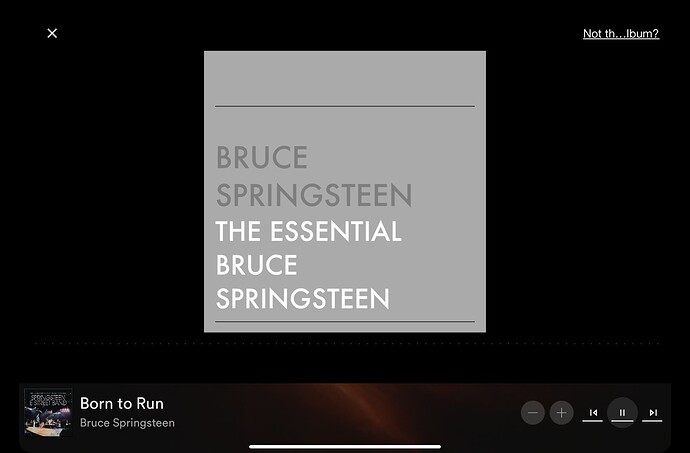 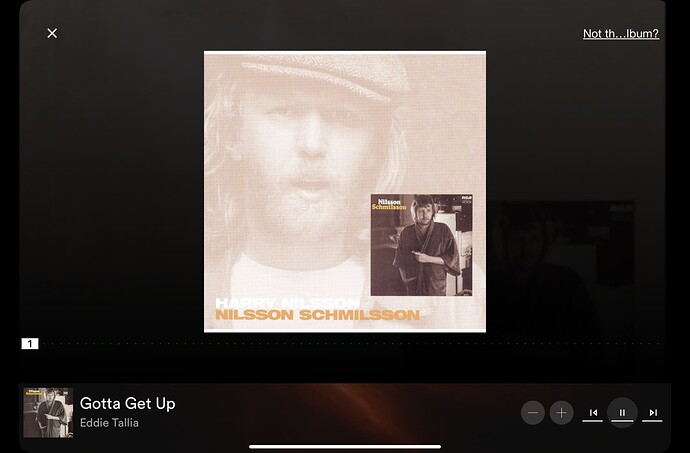 Thanks. Having asked if I should flag it to Naim I realise I don’t actually know how to do that

Is there a route within this community or do I need to go via the Naim website?

The booklet info is supplied via an online link to the Rovi database. It is searched according to the metadata supplied from the CD rip or Qobuz, but it’s an automated process searching a huge database and sometimes it gets it wrong. Try hitting the ‘not this album’ button, top right.

A few years ago I started a Rovi database thread, as some of the incorrect guesses were quite comical. Maybe time to open another one.

Agreed; if the first suggested booklet isn’t right, clicking ‘not this album’ usually offers ever more random alternatives. I don’t recall ever getting a better result from using it.

I realise, like Alexa answering questions, that this will not always be right, it just feels like it’s deteriorated from spot-on or close 90% of the time, to wrong every third try. With these odds it’s almost not worth bothering (I’ll just look on Allmusic instead), which is a shame.

I’ll find a way to alert the Naim dev people.

We are aware of the incorrect hits that the Rovi system can give, but in practice we can’t do anything about it.

To generate these virtual booklets we we send Rovi the metadata that we know about the artist and album, based on the now playing track.

Rovi then returns a list of hits sorted by hit match, of which by default we pick the first one. The virtual cd booklet is then generated using this by doing lots of other api calls to Rovi. The ‘not this album’ link exposes the other hits that Rovi returned and hence user can potentially correct things. However, typically the other hits are even worse.

This booklet feature was put into the iOS app a very long time ago(about 7 years), but with hindsight we should of pulled it at beta stage. However, customers liked it and its hard to take something away once its in the system. It was the main reason why we didn’t add it to the Android app as it was quite a lot of work to implement and it causes support issues.

I remember someone (might have been Paul?) asking on the forum some time ago if users valued Rovi, perhaps hoping that he would get enough negative feedback to justify pulling it. I confess to being someone who favoured keeping it, but with hindsight I’m not so sure. With the app running on a device that also runs a web browser there is of course a world of easily searchable info about the album you are listening to, or the artist, etc. etc. at your fingertips. So much as I like the idea of a booklet, I now confess that I could easily do without it.

Thank you Steve. Understood. It’s a shame it can’t be improved as it’s a great function. As others have said, when holding the iPad there are plenty of other places to look for album info.

Only now, after @Stevesky has mentioned, do I note that the booklet thing only works on apple stuff and not android. Android is how I tend to drive my ndx2, but only when I tried to find the booklet, did I realise that it’s not there on android.