Perhaps inevitable, but when Qobuz were the only game in town for downloads outside the US or without VPN shenanigans, some of their hi-res offerings weren’t as good as their US counterparts.

One of my first purchases was: 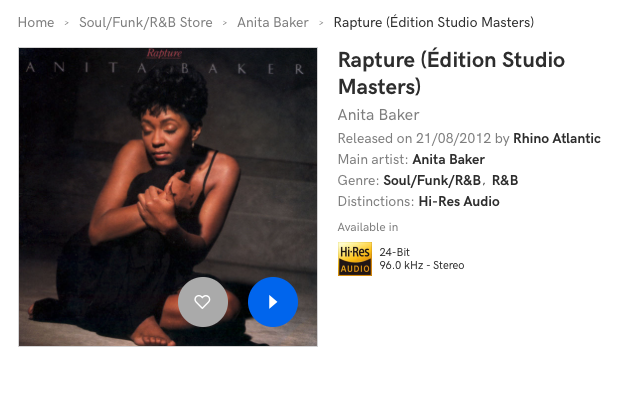 Pretty sure it wasn’t available originally but I’m unlikely to pay yet again for 24/192: 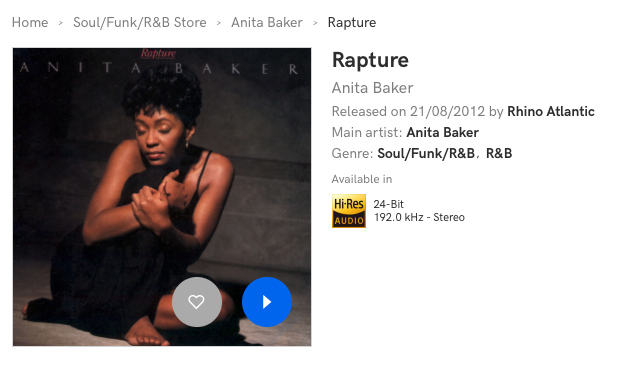 A little oddity but I seem to be unable to login with my old Qobuz username only my email address, and have to select ‘I’m not a robot’.

It was highresaudio I was alluding to when many titles were unavailable to download in the UK at the higher quality.

The Qobuz Sublime discount really kicks in here I guess: 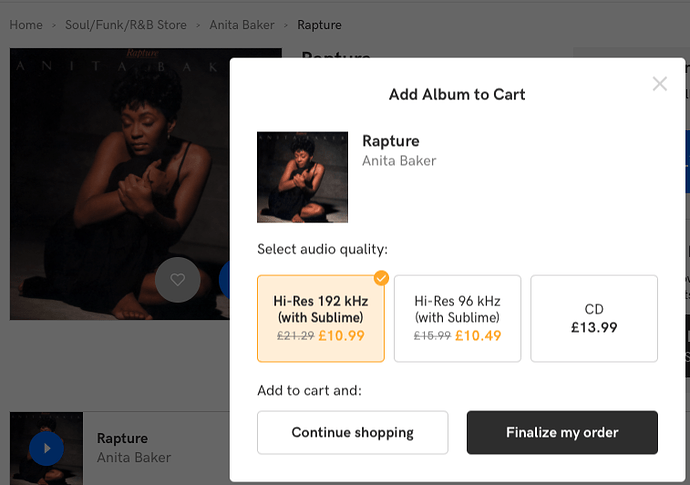 Notice how crazy it is that hi-res is cheaper than a CD quality download! When many titles are CD quality only it’s a shame they don’t attract a discount as the physical disc if still available is invariably cheaper.

Using Qobuz less and less for purchases their pricing is stupid and on the whole most I want to buy way over priced even if I had sublime. I buy as much as I can from Bandcamp so much cheaper and more goes to the artists. If I can’t find it there I’ll buy the cd and rip it unless it really benefits from hires. I’ll listen via streaming to make that call.

I’ve not used Bandcamp for a long time, and back then it was primarily fledgling artists, that may have changed.

As CG mentions Qobuz pricing is worse than it used to be, but maybe that’s what they need to survive. I’m always rather amused by their quirkiness.

Two things I like about Qobuz are the very high quality artwork (some 3000x3000 pixels or more) and the ability to download in several formats with no download cap. Highresaudio limits to 4 downloads - probably enough provided you factor in your own backups and unexpected drive failures, but unlimited is nice.

What’s maybe a little annoying with the Anita Baker is that I suspect it was the rights holders who either restricted the purchase from Qobuz to 96kHz originally (or there was less margin for 192kHz), and have now subsequently relaxed things. It may be more complex than that but given the same purported release date for the hi-res files I’d have bought the ‘better quality’ one way back.

If that’s all that is available then you’ve not much choice except to price check the retail vendors.

How do you think it sounds compared to the CD? I have it on vinyl somewhere, later CD.

In reality we have more options than we ever had I think which has to be a good thing.

I’ve not run an A/B comparison, maybe try later if I recover the rip.
The 2012 release in 24/192 is a remaster so I would expect some differences. It’s better for sure, clearer definition in all areas, sound stage, toneality etc…
That said the 1986 CD & it’s rip is pretty good, but this is Anita Baker & smooth liquid golden chocolate fits easily into most of this album.

Is this for streaming quality or just download quality?

Is this for streaming quality or just download quality?

Interesting question, my streaming service with Qobuz is a legacy cheaper option, CD quality only, so my comments relate to purchases with or without Sublime discount (which my old plan has).

Checked most recent is still all streaming is max 24/192.