Hi, my wife cannot take it anymore! Her pain and annoyance becomes mine. When we use Qobuz via my Atom it always seems to struggle searching for songs and artists . Take last night…I fancied listening to Visage , the 80s band …typed in Visage and it was about 30th down the list with all manner of artists before it that weren’t even called Visage …that is a rubbish search . On asking about this on Facebook forum someone informed its a Naim issue/fault…how come? To confirm this i typed visage straight into qobuz app and it found it straight away . So defo naim issue.
So questions are …can this be resolved before I ditch Qobuz , is there loss of quality if I chromecast the app to the atom …and finally shall I just change to tidal, Spotify, amazon HD? Or does Naim muck up their search options?

How odd. I have just typed Visage into my Qobuz / Naim combo (NDX2) and they were at the top of the list!
FWIW Qobuz and Tidal are the two most popular high quality streaming services and I have used both without issue. I chose Qobuz over Tidal as I preferred the overall package.

The search feature is driven by the qobuz servers, we just send the search term to them and put the results that come back on the screen.

However, currently I can’t replicate what you are reporting. Primarily Visage is the first hit on artists. See screenshots of user interface on iPad Pro, vs qobuz api search command being done vs what comes back. It hints from what you are describing that the results are coming back alpha sorted. So V is near the bottom.

What I would suggest is raise a support ticket with our helpdesk as it will officially get into the system. Supply make/model of phone and operating system it is on. Also provide your regional location / phone language as this might be an issue only in certain countries 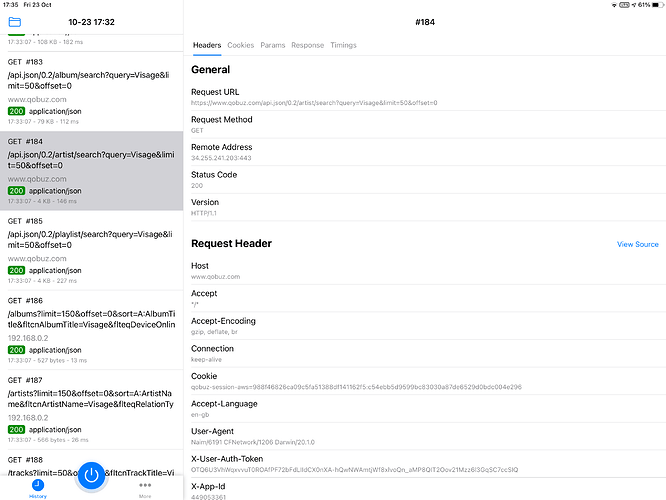 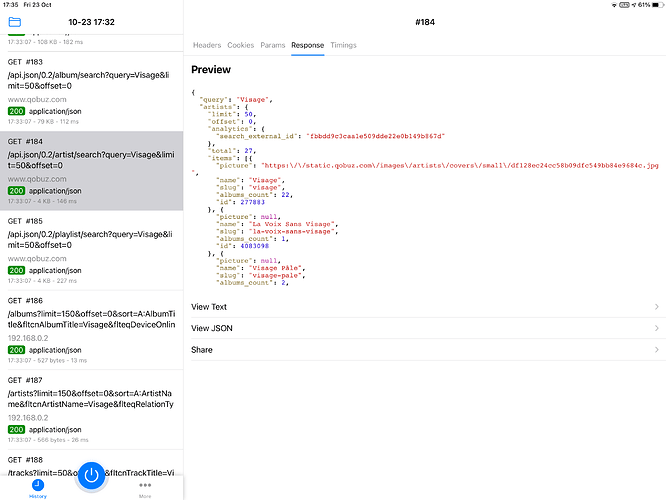 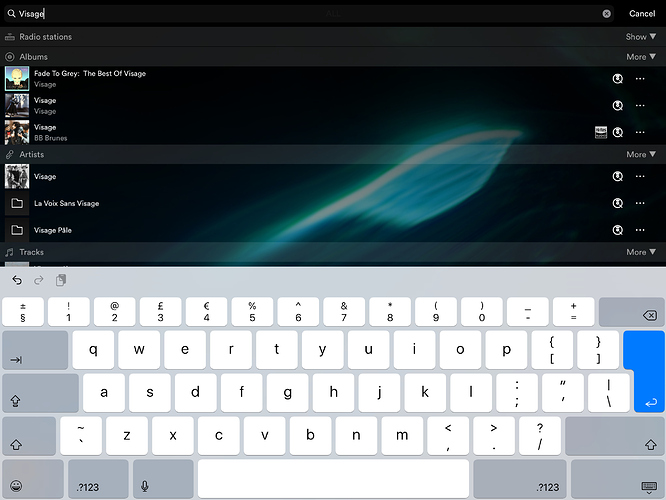 Not sure if the Atom search works differently but I would assume the Naim app functionality is the same across products.

There have been a number of posts recently from people complaining that various lists, even including tracks in an album, are listed in the wrong order. It has then come to light that the app has started listing alphabetically by default in lists that you would not normally expect to be alphabetical. Is this another example of that issue?
I think this started with a recent firmware update, so maybe something needs a tweak? Also, the option to toggle between alphabetical and other list orders is not well displayed, and I think most people are unaware of its existence.

Its odd…
Visage is now first for me …but tried with others like Pink Floyd…and there are artists who have nothing to do with pink floyd listed before them .

Works for me with both right now, Nova. I can also not see any sorting options that could be wrong in the results, at all

I did a screen video of me searching for pink floyd …I don’t think I can load it here but it shows Pink Floyd way down the list with artists not even called Pink Floyd before them …maybe I will load onto YouTube so you guys can see it.

Hi @Uberdunk
Looks like you are seeing one of those “electronic mysteries” that seem to happen from time to time. I think we can all agree they are very annoying! I hope you can get a fix soon.

Just one thought – it’s the age old potential solution(!) – have you tried powering everything down and then starting again??
cheers
Neil

i accept that you simply display the results returned by qobuz but it appears that qobuz own app doesn’t and sorts the results by relevance.

i am on android (beta) app and muso2

I think you’ll find the delay in playback on Chromecast more annoying.

@indexical sorry for the lack of response previously - we are looking into this now.