Chuck Yeager has died, he had managed to push the envelope all the way up to age 97 mind.

One of the great names from a fascinating period in aeronautical history.

Going to have to go back and read The Right Stuff (yet) again now! 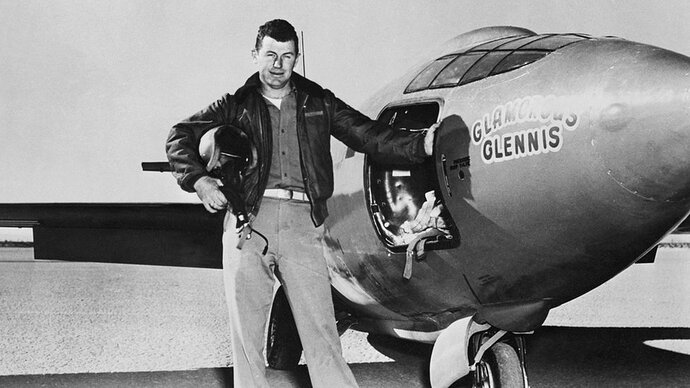 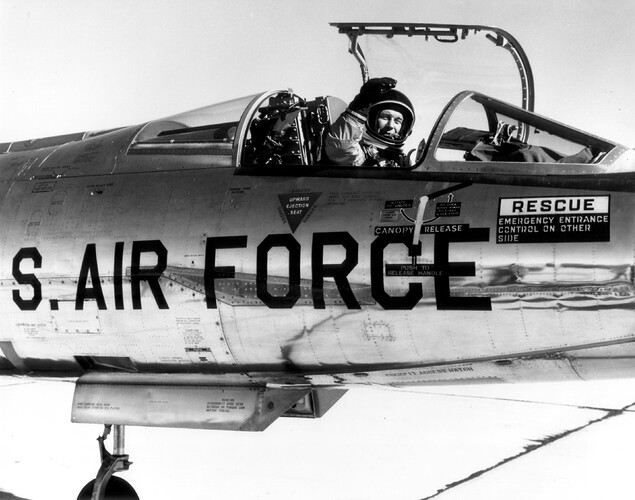 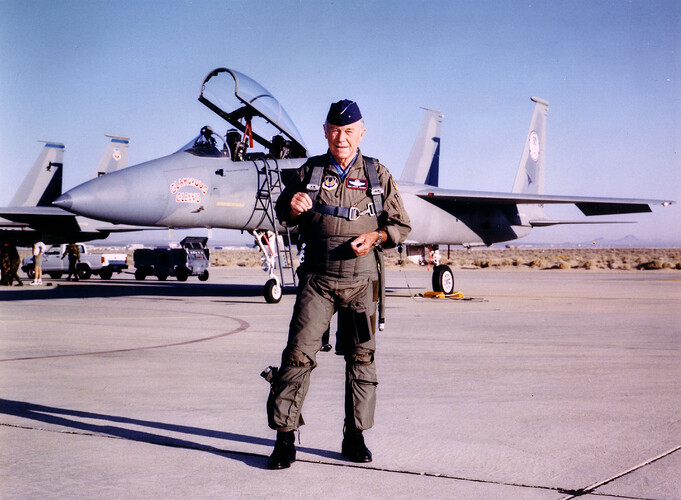 God bless. I was 16 and saw The Right Stuff at the movies 3 or 4 times - never seen a movie twice before or since. I then applied for the Air Force, as a pilot, and didn’t get in (6 toes). Incredible times back then - true bravery and heroic.

Yep, terrific movie, he was in that too! 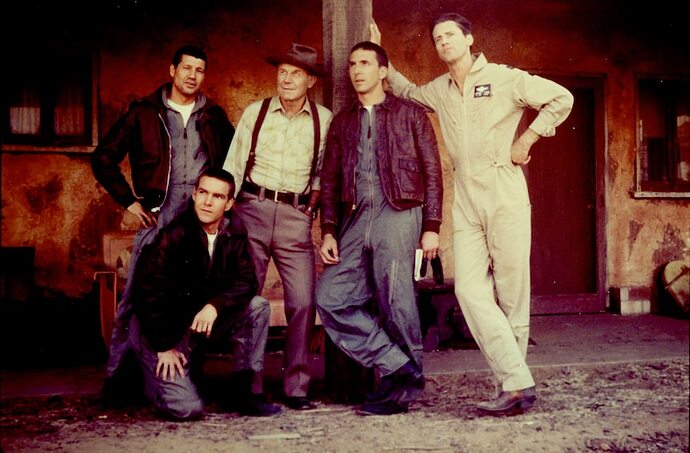 Sad to hear, but all told a remarkable feat to make to 97 considering all the ways he could have exited throughout his life.

I loved Tom Wolfe’s The Right Stuff, read it twice back in the day and now tempted to dig it out and read it again. The film was pretty good too.

I reckon his greatest service to humanity was his influence; It seems to me that whenever I flew on a US airline, the pilots would usually try to mimic his cool, easy-going unflustered style when addressing the passengers over the intercom. For nervous flyers this was hugely reassuring, to know that even though the plane is bucking around, stewardesses flying hither and thither, or the wings flapping about worryingly, with the engines whining like it’s their last breath, at least there is a vague chance that we may just have Chuck Yeager up in the cockpit (he sure sounded like Chuck Yeager…) to ensure we all land safely in one piece.

RIP indeed. Such a key player in the development of aerospace.