Marie Fredriksson was the World-star from Sweden,.and one of Sweden’s most popular artists of all time.

The news came down as a bomb at lunchtime on Tuesday,.and millions of people around the world mourn Marie Fredriksson’s passing.

“It is with great sadness that we must announce that one of our greatest and most beloved artists is gone.
Marie Fredriksson died on the morning of December 9 in the suites of her previous illness,”
Marie Dimberg wrote in a press release.

Marie Fredriksson became a music-icon worldwide through Roxette,.and is one of Sweden’s foremost artists of all time.

Marie Fredriksson was Sweden’s very first “real” World-star,.and since the mid-80s people from all sorts of nations have listened to her Performance.
In 1986 Per Gessle and Marie Fredriksson formed the duo… 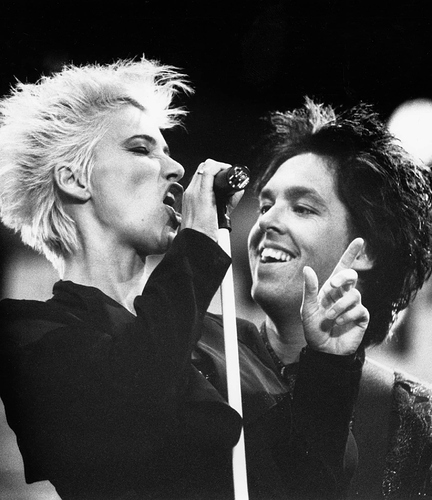 In July of that year came their first single…
• “Neverending Love”
Which became a big hit in the classic Swedish radio-show Sommartoppen.
The song…

"The Look",.was the start of Roxette’s success internationally.

After Marie’s medical statement in 2002,.the gigs became fewer and fewer for her.
But on June 18,2010 Roxette played “The Look” at the party-show for Crown Princess Victoria and her fiance Daniel Westling.
Which was their first real appearance in Sweden since 2001.

On April 18,2016,.Roxette announced that they will stop touring and cancel all scheduled gigs.

The decision came,.after that Marie Fredriksson had been advised against continuing touring by her doctor.
Roxette’s last gig together was in Cape Town, South Africa,.in the Grand Arena Grand West on February 8,2016.

I’ve seen Roxette twice, both times in arena sheds, and both times they were excellent.

Their pop music always gets my feet tapping and yesterday evening I played three songs, each of which moved me. I think I have all their albums and all are a joy to listen to.

I was due to see them a couple of years ago but the show was cancelled due to ill health. She never toured again.

I feel very lucky to have seen them twice, I been to hundreds of gigs and these are in my top 10.

I will miss her, her voice and am sad there will be no more albums or tours…but her and their music will live forever.

Part of.the soundtrack of my youth and I was lucky enough to see them live shine they were excellent. Sad news

I was maybe 10 year old when I made a presentation of Roxette in school. I chose the song “Sleeping in my car” to be played in front of the class since I liked it and thought I share it with others. Me english was poor back then so I wondered why my teacher’s face was looking weird. Little did I know about the lyrics…
Roxette was one of my first music loves.