I’ve been listening to several versions (old and new) of this often recorded masterpiece and my preferred versions at this time are:

1 - Byron Janis, LSO (Dorati) - Nobody plays Rach 3 like he does, technically impressive with high octane emotion and dynamics

2 - Vladimir Ashkenazy, LSO (Prévin) - a more laid back and introspective reading, with constant control and poise even in the most demanding parts but all the necessary fire when needed

3 - Martha Argerich, RSO Berlin (Chailly) - because it’s Martha and there is no compare when it comes to speed and the blast of the 3rd movement.

I’ve yet to hear Stephen Hough and Litton that I just ordered at the river.

What do you think? Is there another version that I’m missing?

I have both Vladimir Ashkenazy and Martha Argerich Rach 3 versions. Both superb, I really couldn’t call between them.

I’ve not heard Byron Janis yet. Just found it on Qobuz so will give it a listen. Thanks for the recommendation

The Vladimir Horowitz Ormandy version I have is nice to my ears. I also have the Martha Argerich version on CD that I haven’t ripped yet. I should do that. 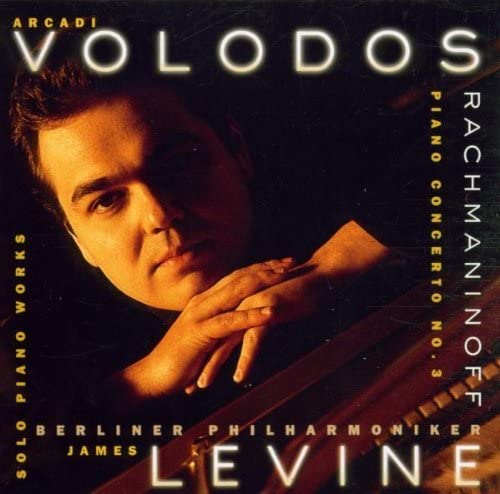 What do you think? Is there another version that I’m missing?

I like this one recorded in London 1990. Very good balance between piano and orchestra, Salonen creates a nice overall arc to the composition, and Bronfman plays with maturity rivaling the names you listed above… 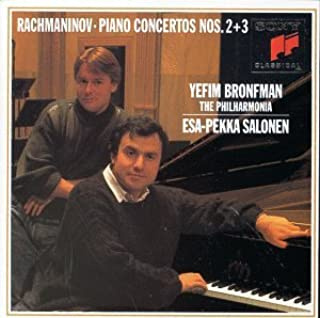 There are numerous good recordings.
Argerich is good, but over time I found it to be over powered.

I agree - the Argerich version is fun to listen to, but there may borderline on too much energy.

I found a Horacio Gutierrez version with Lorin Maazel on Telarc, is it the one you’re referring to? As for Berezovsky, it’s the first time I hear of him but it seems very well recommended by buyers and the price of the CD cost is reasonable so I’ll give it a try.

Geoge Bolet on Decca. Not a favourite but should be on the list. This concerto has an awful lot of notes. Rachmaninov had massive hands which must have helped. One of the most difficult works to play. Just look at the list of world class players.

@ClaudeP
yes, it is the Telarc version from Gutierrez.

One problem is that many recordings weaken either the orchestra or the pianist.
Unfortunately Zimerman/Ozawa only recorded the 1st and 2nd part.

Compared to Rachmaninov’s own recording, most of the recordings seem much more romantic in their interpretation anyway.

Trifonov could be a choice to, but have listen to it only one and was not impressed by the orchestral part.

Saw Trifonov once with Liszt and he is great.

A recent discovery to check out …. Khatia Buniatishvili…… for me up there with Martha Argerich. 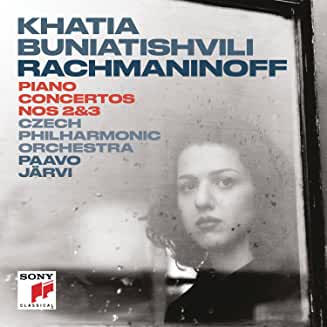 The orchestra is Philadelphia / Yannick Nézet-Séguin. The first record (Concertos 2 and 4) received a lot of acclaim (including a Diapason d’Or). But that doesn’t mean everybody likes it, of course. YMMV.

I ordered their new LP (Concertos 1 and 3) and should receive at the end of the month, I’ll report when I get it

Interesting proposition. I have yet to hear Khatia Buniatishvili play anything, but I really like Paavo Jarvi.

How is the sound? Sony Classical seems to be capable of the best and worst based on my experience

Hi Claude,
Based on your question I searched around a bit for various versions (including concerto 2). I came across these two recordings both on Qobuz, and both played by Ashkenazy accompanied by LSO and conducted by Previn:

General question to all. Any thoughts on if the concertos on the second album are a remix of the earlier ones including upping it to hires. If they are a remix which do you think is the better. Might just help Claude with his selection.

I don’t do streaming but I have 2 samples of the Ashkenazy: On CD (AAD) the 1972 version and on vinyl a 2016 remaster, which may be all analogue I’m not sure

Both sound great, but my preference is the vinyl on the LP12

Apologies Claude, didn’t pick up that you don’t stream. I have listened to the Ashkenazy and also find it very good, just need to decide which one I prefer before purchasing. At least I will have time to listen to both in these unique times. Understand that life is also a little different where you are. Stay safe.

No need to apologize Orac, how could you guess that I’m so far behind?

As I wrote in another post I spent a lifetime building a record collection that I could listen to when I retire. Now the time has come and I fully enjoy it. I also like reading the CD booklets and LP jackets to know what is special about the performance.

This said, CDs are more and more difficult to find nowadays and I may have to bite the bullet someday,

How is the sound? Sony Classical seems to be capable of the best and worst based on my experience

Ive just done a back to back listen of M Argerich [Philips] v K Buniatishvili [Sony] and musically would class then evens but just different. But sound quality i find the Sony much better.