Naim produced products in the past which did not sell in large volumes they are therefore quite rare. I’m intrigued by these items. One product I recently discovered while googling around is the Naim Nap 6-50, a Power Amp which has 6 channels, intended for AV purposed but can be used as a multi room amp too.

Anyone ever used / heard one?

The 6-50 was actually developed for early style multi-room installations. It was essentially based upon six NAP90/3 amp modules that had extra circuitry added so they could drive very long cabling, as usually found in multi-room systems of the day; the amp usually being positioned in a central hub or cupboard and then being used to drive speakers all around the house. It also had an internal fan to keep everything cool. It allowed you to power stereo speakers in three separate zones.

It was a bit limited in its application and by the time it arrived technology was already moving towards digital distribution. A few may have tried to press them into action as AV amps instead. IIRC, Adam M rather liked the idea of the AV2 feeding a NAP6-50 (apologies Adam if this is grossly libellous ) although I think the results were rather more equivocal. I remember there were always a few hanging around the factory, looking for a purpose, which may have been the catalyst for the AV amp idea. If Adam sees this perhaps he can comment…

Undoubtably the best feature of the NAP6-50 was the Naim logo turning red when the signal sensing circuit put it into standby!

I’m pretty sure I never had any designs on this strange (misguided?) amplifier BUT I retain a curiousity over running two n-CENTs as a stereo pair.

Shades (he says optimistically) of my old Gales? Probably not but the sort of fun we could indulge in back in the old days at Naim.

I have a faint, and possibly mistaken, memory of one of the Naim US guys using it in active set-ups, even driving DBLs actively.
Hans

That’s an interesting thought Hans. I can see why: it does the crossover earlier in the chain, but it reduces the hefty investment of many poweramps. It could well be beneficial on the lower end active systems.

I have been reading about these multichannel amps overnight and have found that Linn did produce a 5 channel amp in more or less the same hifi-era: the AV 5125.

Maybe I dip my toe in that world.

How about the 42 snaps with the internal active crossover?

I have an AV1, a very underrated product IMO. It hasn’t been connected to my system for several years (too much cabling and two many speakers to be accepted in our living room) but hoping to install it again when I have built a dedicated listening room next year. Adds a lot of depth perspective, atmosphere and realism primarily to live recordings. Bass is also consierably enhanced.

These are fairly rare. To that list you could perhaps add the Axent speaker. However, there are rarer. Such as the NAT301. And of course, the first Naim speakers, the NAM402, 502 & 602. There was the NAB300 professional balanced power amp. And you could also include original examples of the very first NAP200 (nee 250) amp, and the first NAC12 - mainly because most all of them were usually brought back to Naim and upgraded substantially during their early life as development and performance rapidly progressed. There’s also the PNAG and the LINNK headamps to consider. And not forgetting the first batch of pre-production ARO tonearms in different colours - I’ve only seen the all-black, and the all-blue ones.

Not to mention numerous prototypes that never quite made it even to pre-production; the Naim cassette deck, the FL1 active electrostatics being perhaps the best known. AFAIK no parts for these remain.

IIRC, Julian was a great fan of the AV1 for music use. I guess the nearest equivalent was the Dynavector Super Stereo system.

Very interesting observations about the AV1.

Compared to not having it connected.

A benefit of the AV1 is that it leaves the two channel set up completely unaffected. The AV1 is connected to a second power-amp output on your pre-amp, it then drives a power amp and rear speakers.
In my case I had CDS+LP12 feeding a NAC52/NAP135s/SBL system, with AV1/NAP250/Linn Kan for the rears.

And a multichannel poweramp connected by a burndy style cable from the 272XO.

Active on 2 power leads only!

i had a AV1 for a while and very nice it was to, as Hans said it gave a wonderful depth to std music.

i have a Axent driven by an employee build 2 box NAP145!

ok gazza, i think i have some internal pictures ill have a look later
paul

Thanks Paul, just curious never seen one before.

not much to see from the front, but inside 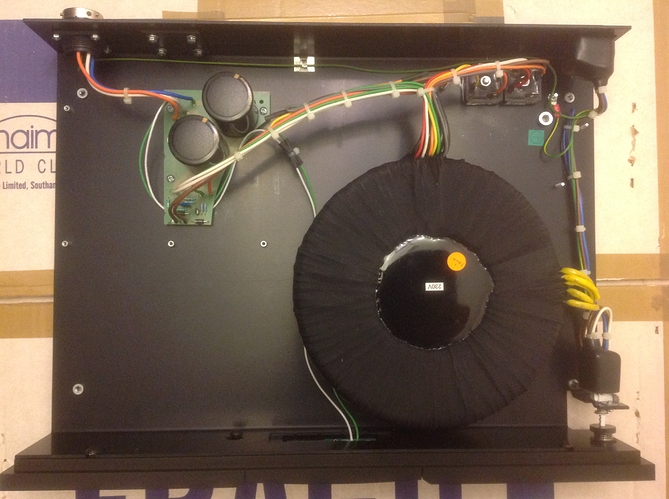 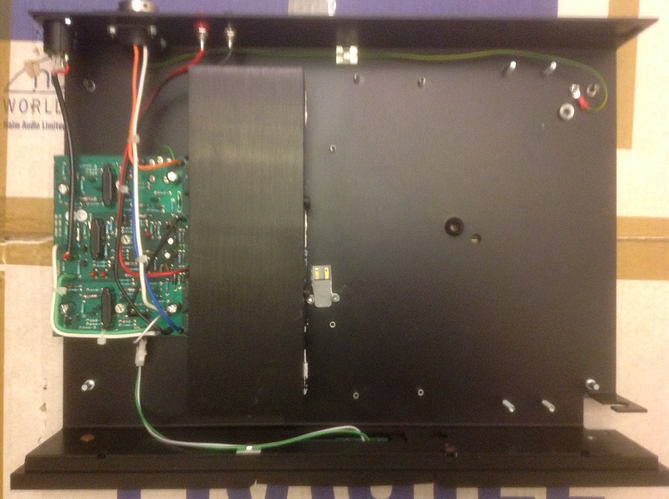 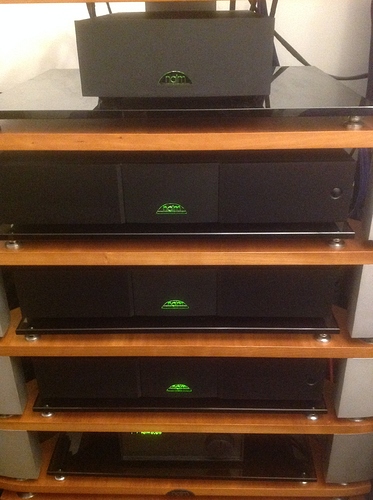 Thankyou…thats some transformer for a carefully selected bunch of components, very neat and tidy. Wonderful execution for its time, probably sounds amazing till this day👍

i think it was made by DP maybe the 1st one, any one know? 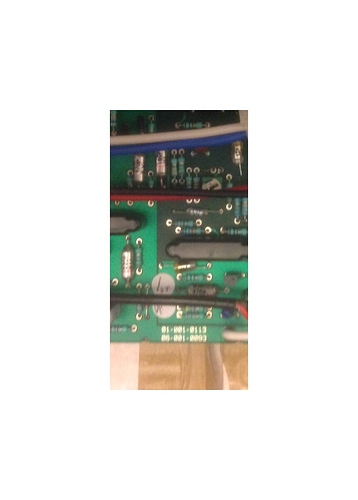