I’ve never seen that before. Thanks for posting. Any ideas who the employee was who built it?

richard i was hopping you could tell me who, i may be able to get it DR’d then.
i was not sure if i was overstepping the rules with an employee build
paul

I have no idea. There was never a NAPV145 DR so I doubt if Naim will do it (especially as it’s a non-standard one-off).

yes thats what i was told at the factory on tour a few years ago, the only hope i was offered is if original the builder would do it, if still there. not much hope, more curiosity now.

I might see if I can rig them up and see if they provide any sort of enhanced sound.

Nice problem to have.

I think it was someone in Italy who posted a pic of an olive Hicap that had been DR’d, apparently by the Naim agent there. Perhaps if you’re prepared to send your 145s on a little overseas holiday…?

The stickers denote that that PCB was the first of a batch of boards & was inspected by DP to ensure that all the component hoppers on the auto insert machine had been correctly filled.

I don’t know who would have built the two box combo, but very unlikely to have been DP.

There is no official DR upgrade option for the 145 I’m afraid.

Please also be aware that the thermal cut out protection has been omitted - so keep an eye on the case temperature if you ever play it loud!

I was told the PS of my 552DR is a pre production unit, without serial number and with the information on the back printed on a paper which is just glued onto the case. The connector of the Burndy looks a bit improvised as well.
The unit was brought to DR specs by Naim, so I tend to believe this is not a scam. 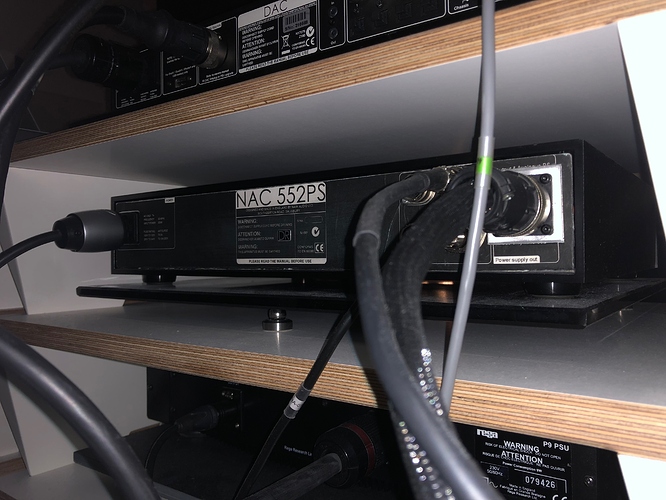 Yes, the pre-production units often had paper rear labels and sometimes other minor differences. I was given a pre-production NAP250.2 that used to be in R&D. I eventually had the paper rear panel replaced with a production one when it was serviced, but the socketry positions were ever so slightly out of alignment compared to a production example. Also, as the chassis was pre-production, the sleeve was machined specially, as the bolt holes were unique. Maybe the same with your 552PS?

Maybe the same with the 552PS, otherwise Naim might have changed the rear panel while there for service and DR upgrade.
Nevertheless I would not want to change to a production rear panel, I like that the paper rear panel makes it a one of a kind unit. 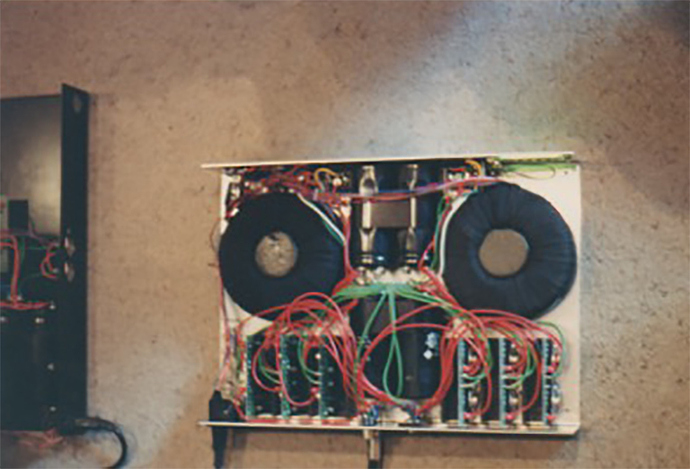 Anybody knows what this is?

I’m sure that picture is not it but it reminds me of an old conversation , my dealer of old, Robert Ritchie senior, I’m sure told me a twin transformer Nap 160 existed…

With wiring like that, no way it’s Naim. Probably a bitsa.