My trusty old Motorola Moto E turns almost 4 and the battery is degrading quickly. It also managed to forget to wake me last week so that I missed my flight. Well trusty …

It has to be replaced - and I don’t like to spend my money on phones.

I like the idea of Refurbished Phones - I assume this is a bit more environment friendly.

What is the opinion of the forumers on Refurbished Phones?

I took over my son’s iPhone 5S at the end of his last 3 year contract 3 years ago. He gets the shiny new toys, I take up the free cast offs.

Works perfectly well, battery is ok and all it costs is £6 a month for phone & data.

My twelve year old son wanted a mobile that was a little more up to date than his first hand me down iPhone4 (mum’s old contract and kept as a spare). As new phones / contracts were deemed prohibitively expensive for a twelve year old who’s potentially not going to be precious about his kit, we bought an iPhone 7 through MusicMagpie. Their grading is simple, they have a decent 12 month warranty and the savings on a new phone significant. We bought a phone graded “Very Good” and we could not find a mark on it - then just popped on a glass screen protector and decent case for those butter finger moments (case was a Quad Lock for sporting applications, and highly recommended). Battery life has been superb too. Hooked him up to cheap Giff-Gaff pay as you go and he’s been delighted with it ever since.

Would not hesitate in going down this path again, and will be looking at something like an old iPhone XR once the new iPhone 11 gets released into the wild.

Yes we do the same, daughter has the shiny new one, wife has her old one, and then i have my wife’s one. Rarely use it, so fine with me having a really old phone. Think i am on a apple 5s. So i would have thought a refurb from a decent supplier with good reviews would be fine.

Take a look at CEX.

Some of their phones are overpriced but you can do well with less popular models if you do some research.

For example we saved quite a lot on a Nokia 8 for my wife. We bought when the model was only a few months old and was grade A and boxex. We suspect somebody received it with a new contract and kept what they had, raising money by selling it.

It’s proving to be a superb phone, at the time the spc was up there with the Samsungs but without the price tag and it’s very well made.

The pther phones that are very good value are the Honor phones. We have 2 of these we bought new. They have flagship specifications without the price tag.

I’ve gone through 4 iPhone 5s. Varying reasons. One stuck in headphone mode. One battery melted. One fall in Rome. I prefer the form factor to anything after. When my latest one didn’t respond to a new battery I decided to go for a refurb. Purchased an iPhone SE from Cex. It simply never arrived. Took a little while but I got a full refund. So, tried Music Magpie and one in less than perfect nick (I forget the exact term). Apparently there’s a mark on one corner of the screen. Family noticed it. I’ve not seen it yet. Phone has worked perfectly. Bizarre AirDrop problem was to do with a faulty iTunes backup. Love it. Service was first class and I would absolutely do it again.

i bought recently the nokia 1020 brand new for around 100 euros. Model from 2014. The camera is still the best on the market of photophones. I like the design too. 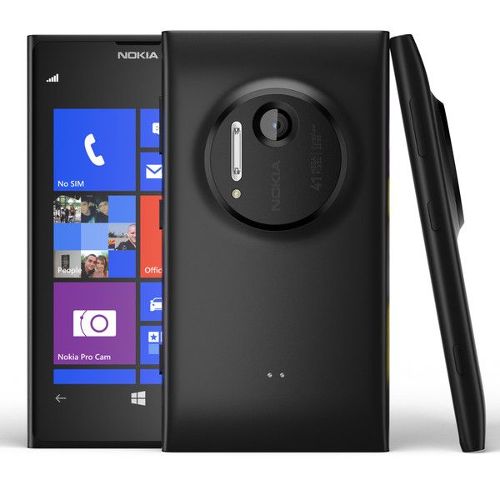 I took over my son’s iPhone 5S at the end of his last 3 year contract 3 years ago. He gets the shiny new toys, I take up the free cast offs.

I find the phone battery only lasts a day, but I use it a fair bit (though rarely as a phone!). Much the same with previous iPhone 4 and 5 when I first inherited them, though the 5 had deteriorated so I replaced the battery (DIY) and got up to 2 days for a while.

My wife has a refurbished one, passed to her by a nephew which had badly cracked screen and broken wifi, which had been repaired while-you-wait in China for about £30 including new battery! Hers lasts about 4 days between charges, but she does use less than I.