Dear Rega users out there, the other day a friend came over with some of his spare turntable mats to see which difference they make on my Rega P9 compared to the stock white felt mat:
Rega black felt, a leather mat and Oyaide BR-12

We quickly removed the black felt mat, we both did not like the result, it sounded wrong.
The leather mat made no considerable difference to the white felt mat.
The Oyaide BR-12 then is another story, it made a real difference:
I first noticed that the overall the sound is less nervous and bigger. Notes get articulated clearer, the bass is deeper and more precise.
Adding a medium wight record clamp gave even further improvements.

I enjoyed the Oyaide BR-12 and the record clamp so much that my friend left them on loan as he doesn’t need them right now.

The Oyaide BR-12 requires some adjustments though:
As it is quite thick, I had to adjust the VTA of the Rega tonearm with another spacer, so that I have 3mm of spacers in use now.

And the Oyaide grabs the records very firmly, it is the opposite of a “slip mat”. When lifting a record while the table is spinning, it could pull the record out of the hands.

Anybody else using alternatives to the Rega stock felt mat? 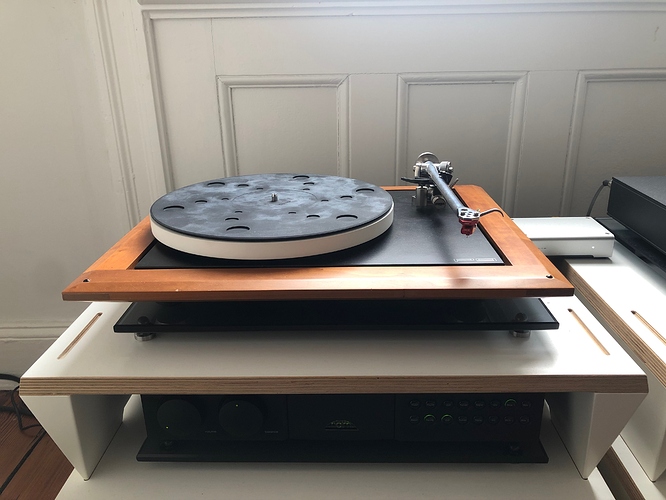 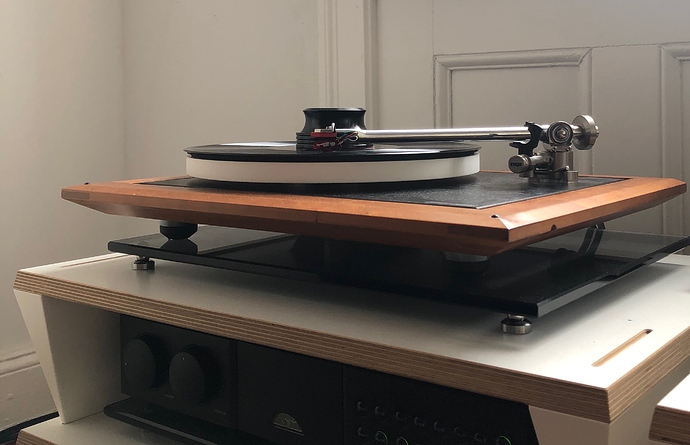 Is the new mat the same thickness? If not, have you compensated for it?

As has been mentioned here before, Rega have a low-mass design philosophy, which is antithetical to use of a record clamp. But some folks use them and seem to like them.

I’m probably going to try a Herbie’s mat for my RP-8, as they make them specifically for Rega, in the right diameter and thickness. I’m more interested in avoiding the felt mat sticking to the LP due to static electricity than anything else (despite efforts to remove the charge).

yes Bart
rega make a adapter to alter the VTA.
its takes a bit of adjustment to get it to except the RD1000 tonearm fitted to the p9

The funk firm mat should be very good as well, maybe I will give this a try in the future.
I use a SuperLine/HiCap