For a couple of decades we have been lucky to have a resident mr and mrs blackbird doing their thing in the very local vicinity.
For many years mr B has been doing his lovely bird song.
I consider this the most beautiful of bird songs.
They have a general motif, but seem to riff on such. Never repeating themselves. Like they are telling a story.

Unlike many other birds that just repeat themselves and
require shooting due to a specific type of human nausea.

Any way the recent resident has a very funny song.
He doesn’t seem to follow the usual calls.
Has sporadic chips and chirps. I almost thought some canary’s have taken resident.
So I went out with my mobile device replaying some recorded blackbird song played at volume.
Thinking I could teach.
Immediately I could hear him chirping along. As well as a few others coming over to join in.
This all seemed at the moment like a good choice.
But, I’m asking is this the right thing to do ?
Should I let mr blackbird sing crap for the rest of its life ?

I miss a particular blackbird and his song … I’m sure I read somewhere that they mimic other calls that take their fancy. So why not inspire them? 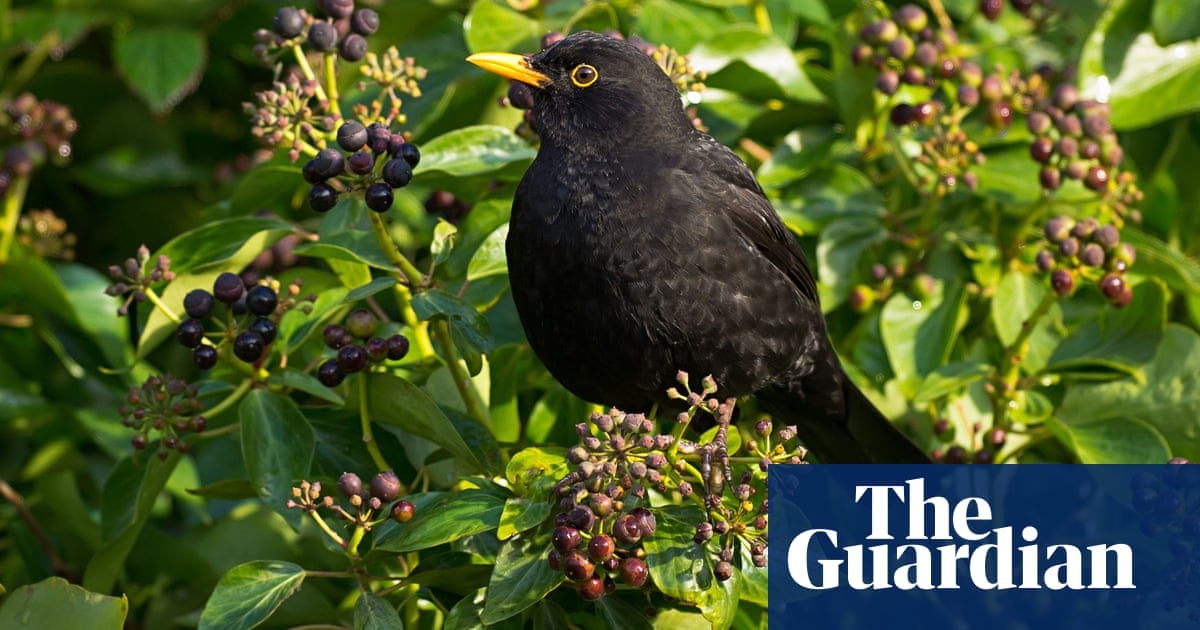 Letters: I used to wonder why ‘our’ blackbird invariably began his morning recital with a succession of ascending arpeggiated major triads

Blackbirds imitate and learn. Many years ago, when it was the thing to do to add air horns to your Capri, the resident blackbird learned La Cuchracha.

Last few times I played Blackbird song to a nearby bird, he would fly immediately to our garden looking for his rival (I assume, rather than love-interest)… we did it only a few times, didn’t want to cause him more stress!

I had great fun playing buzzard sounds to get the singing house sparrows instantly silent.