I’m starting to be a bit of a Beato fan. Okay some of his videos go over my head but normally they’re entertaining and educational.

Any this is what RB thinks of Apple… quite amusing I thought. 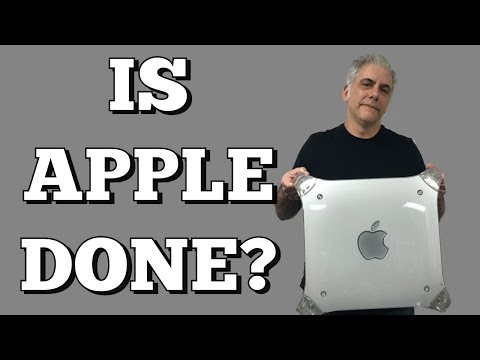 I must admit, Apple do seem to be moving their app development to be more like Microsoft, just as Microsoft have moved a lot to be like Apple in their thinking. He raises lots of good points, and from an Apple fan, it’s hard to hear. My career was in Microsoft IT, and as a result I loved Apple for home use for its usability, reliability and simplicity. I even brought my Mum one to ease supporting her at a 250miles distance. It’s always been an annoyance of mine that you need to be skilled in IT to use IT, except where Apple was concerned. That unfortunately is changing.

I’m on my third and last iMac. Been an iMac user for ten years as Apple used to ‘stick it to The Man.’ Sadly, Apple are now The Man. I have a PC which I use all the time, including now and an iMac 27" 5K which I use once a week since Apple basicly switched off Apperture, my go to photo editor.
If anyone fancies a mint condition late 2015 27" 5k desk top paperweight, don’t bother. I have one and it is frustrating.

Any this is what RB thinks of Apple… quite amusing I thought.

He is also a high-res audio sceptic, you can check out his episode:

‘Audiophile or Audio-Fooled? How Good Are Your Ears?’

I enjoy his breakdowns of classic prog rock tracks, which goes some way to explaining why they are “classic” - his analysis of Rush’s ‘Limelight’ being a good one, and he did an in-depth analysis of Sting’s songwriting, both of which give you that “oh yeah, so that’s why I really like it!” feeling.

I certainly prefer his “technical” analyses over the naïveté of the myriad “Classical Composer listens to ‘Close To The Edge’ for the first time”.

He did one on Comfortably Numb (PF The Wall). It was excellent and made me immediately rush off and play it.

Mine no longer does what I bought it for, to edit photographs in Aperture. Every update adds more and more junk.

Lightroom is better. £9.98/month for that and Photoshop. Cheaper than streaming!

Nearly ten pounds a month, £110 a year is a rip off. I will not be using a subscription model for software. I use Gimp at the moment which will be ok until I find something that I can buy. I haven’t taken many pictures since lockdown as there has been no rugby played and that is 99% of my shutter use.
Just struck me that I moan about £110 for ongoing software yet paying over seven hundred pounds for Witch Hat cables in the last couple of months and over 4.5k for an Auralic Altair last week seems perfectly normal. Maybe I should call it ‘Lightroom 99.999%OCC’ and stop whining.

I will eventually need to move off from CS6 PS when my old 11year old iMac finally goes, so have been looking for alternatives. I really struggled using Gimp, so have ended up using Affinity Photo, Not done any of the really clever stuff yet, but it is much more like PS, and one purchase from the App Store covers all my devices, so is a really good deal. There is also now a M1 compiled version.

It also opens PS files, which means I don’t need to subscribe for the rest of my life just to read my own files.

Classical Composer listens to ‘Close To The Edge’ for the first time”.

Talking of graphics editing packages then may I suggest ON1 Photo Raw? I’ve merely scratched the surface on what ON1 can do. Super powerful and USD100 one off.

I used to be against subscription models, but realized that even purchased software had a finite life, and that periodic expenditure was inevitable anyway. I do think the Lightroom/PS prices are too high, but pay them anyway. Lightroom is very good indeed. PS is harder to learn, but is extremely powerful.