Sad to hear that Dave Greenfield of the Stranglers had passed away at 71 from Covid19.

Thankyou for all the great memories.

Very sad… a great artist in a great band.

The Stranglers keyboard player Dave Greenfield has died at the age of 71 after testing positive for Covid-19.
Greenfield died on Sunday having contracted the virus after a prolonged stay in hospital for heart problems.
He penned the band’s biggest hit, Golden Brown, a song about heroin, which went to number two on the UK singles chart in 1982.
The Stranglers bass player Jean-Jacques “JJ” Burnel paid tribute to Greenfield as a “musical genius”.
He said: "On the evening of Sunday May 3rd, my great friend and longstanding colleague of 45 years, the musical genius that was Dave Greenfield, passed away as one of the victims of the Great Pandemic of 2020.
“All of us in the worldwide Stranglers’ family grieve and send our sincerest condolences to Pam.”
Drummer Jet Black added: "We have just lost a dear friend and music genius, and so has the whole world.
“Dave was a complete natural in music. Together, we toured the globe endlessly and it was clear he was adored by millions. A huge talent, a great loss, he is dearly missed.”
Greenfield, who originated from Brighton, joined the Stranglers within a year of their formation and they went on to be associated with the punk era.
He was soon known for his distinctive sound and playing style on instruments including the harpsichord and Hammond electric organ. Critics compared his sound to that of Ray Manzarek from The Doors.
In an interview on the band’s website, however, the man himself said he was more influenced by a couple of other famous keyboard players.
“The only tracks by the Doors I knew were Light My Fire & Riders on the Storm,” said Greenfield. “Before I joined my main influences were probably Jon Lord [Deep Purple] and then Rick Wakeman [Yes].”
In the same interview he said he always considered the Stranglers to be “more new wave, than punk”, and also admitted to having had an interest in the occult, evident from him wearing a pentagram pendant in many early band pictures.
“The Pentagram represents the microcosm (as opposed to the macrocosm),” he said. “The relation between the self and the universe. I studied (not practiced) the occult quite intensively in those days.”
‘Musical skill and gentle nature’
Golden Brown, perhaps Greenfield’s finest moment, eventually won them an Ivor Novello award; however his bandmates initially discarded the song and did not consider it a single.
The band’s other hits include No More Heroes, Peaches and Something Better Change. They continued touring and recording after original frontman Hugh Cornwell left in 1990.
Cornwell posted on Twitter he was “very sorry” to hear of his old bandmate’s passing.
“He was the difference between The Stranglers and every other punk band,” wrote Cornwell.
“His musical skill and gentle nature gave an interesting twist to the band. He should be remembered as the man who gave the world the music of Golden Brown.”
Current vocalist and guitarist Baz Warne described Greenfield as “a true innovator” and a “musical legend”.
“The word genius is bandied around far too easily in this day and age, but Dave Greenfield certainly was one,” said Warne.
The Stranglers, who formed in 1974 in Guildford, Surrey, recently postponed their farewell tour from this summer due to the pandemic.
Greenfield is survived by his wife Pam.

Yeah. One of the good guys and modest with it…

First band I ever really got into (at the age of 14). Nice guy and really good musician. Tonight will play:
Tank
Get a grip on yourself
Walk on by

Great contribution on all of these

I still listen to them regularly. So sad, we’re losing so many music legends. RIP.

I like to think he and Ray will be jamming, somewhere. Ray would have loved Golden Brown…

Awful news - great band and so very sorry to hear a great musician has passed on. I hate this virus.

First song I heard by the Stranglers was Hanging Around and I immediately thought this is fresh and new and much more musical than most punk bands. It was Dave Greenfield who made the difference with his Jon Lord like keyboard breaks. Saw them live and they were superb. Dave’ll meet the great Jon Lord in heaven now and they can play together. 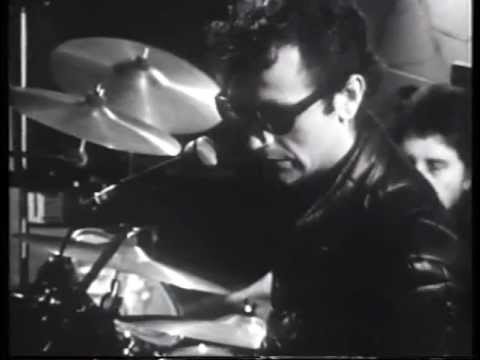 I first saw them supporting the Climax Blues Band in 1977 at the Rainbow - that famous/infamous gig. They were punk in attitude, but the actual music wasn’t. They had some amazing songs - I’ve loved Golden Brown (written by Greenfield I think) and still do; a beautiful song.

My heart goes out to Pam.
His missus worked behind the bar on occasions and took orders at the bar restaurant I work at a while ago. I really lovely lady.
Dave would come in for a pint or three when her shift ended and chat. He was just one of the locals - if you didn’t know otherwise.