I’m too young to remember him racing but he is a legend. 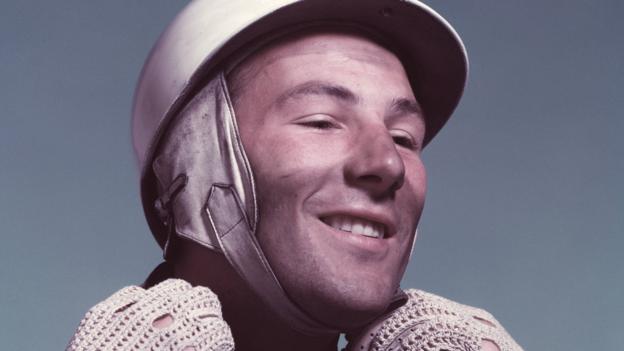 Sir Stirling Moss, who has died aged 90, personified motorsport to at least two generations of his countrymen, writes Andrew Benson.

I remember approaching Mr. Bridger for an autograph and wondering what he was going to say. He of course was the perfect gent. Another Goodie has just died.

I do remember Stirling Moss and actually I was at Goodwood the day in 1962 of the terrible crash that ended his racing career. But I didn’t see the crash thank goodness. It was away from the spectator area.

I also have an A/P print of a painting of the winning Jaguar team at Le Mans in 1953 which has been signed by all the team drivers including Stirling.

I also remember the contemporary joke that he was stopped for speeding by a policeman who said “Who do you think you are? Stirling Moss?”

He was a great guy who made a big impression on many people throughout his life. He will be missed a lot.

The Wiki page on his 1955 Mille Miglia win is an interesting and scary read, he and his navigator Denis Jenkinson finishing 32 minutes ahead of team-mate Fangio in ~10 hours 8 minutes at an average speed of 99mph. Quite something.

RIP. I was going to quote the “who do you think you are” bit, but I was beaten to it.