I’ve just picked up a charity shop copy of Travis’s 12 Memories album. The final track is a hidden one. It’s a ‘proper’ hidden track, not one tacked on to the last track with a period of silence between them.
How do I rip it?
I use dbPoweramp on a PC which can cope with hidden first tracks, but doesn’t seem to spot this. iTunes sees it but doesn’t allow it to be ripped. (I’m about to give it a go in my old Sony CD player to see if it gets it.)
Any ideas?

Wikipedia suggests it is tacked on.

How long is track 11 in dbPoweramp? 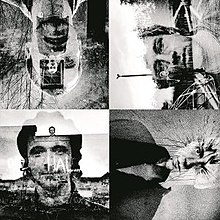 12 Memories is the fourth studio album from Scottish alternative rock band Travis. The album was released on 11 October 2003 on Epic Records. In comparison, the album is a much more mature and lyrically darker album, focusing on issues such as the 2003 Iraq invasion, politicians, psychological crisis and domestic abuse. Travis drummer Neil Primrose suffered a severe spinal injury in a swimming pool accident in July 2002. The band were forced to take six months off during his recuperation befo...

Thanks,Iain. It’s 11+ minutes so the extra track is there! I must have been confused by seeing it listed separately in iTunes.
I’ll add this to the list of final tracks that need chopping into two!

A trick with those hidden tracks is to download Audacity load in the file chop it up / cut out the silence and file away as two individual tracks.

That’s exactly what I do with these (but not using Audacity, just Ubuntu tooling). Makes it so much more user friendly when the track is playing.

No loss in quality or anything, you still get two bit perfect audio files.

Also doesn’t dbPoweramp have a suppress silence DSP? I must admit I never use DSP, maybe that would give one track with both songs but no gap. No idea

I did a massive edit of ‘Alan’s Psychedelic Breakfast’ for Pink Floyd’s Atom Heart Mother taking out the cooking of the breakfast and mumblings to leave a very Floyd track.

Travis did the same with the end of “the man who”.

I wish all the tracks on Coldplays albums were hidden.