Risk to the precious during periods of lightning

It looks like there is a risk of lightning in the grim North over the next few days. I have always followed the policy of switching off and pulling out the plug during these times but was wondering what the risk really is when power cables and broadband are connected to the house underground (plus I use a Tacima power bar). I have known modems to blow up in the late 80’s and early nineties but nothing recently. What are the experiences of others and what disciplines do you follow during periods of lightning risk?

Yeah, you really don’t want your possessions being lightened. Terrible stuff, this lightening!

Call me a reckless fool, but I have never unplugged a music system, or anything else in the house, because of weather conditions in over 40 years.

I’ve tempted fate, and will probably be hit with massive lightning strike within the next few days now.

PS I like your reference to ‘the precious’. It sounds like Gollum lusting after the golden ring in Lord of The Rings!

But seriously, I’ve never had any hifi damaged, but have had the telephone and a printer broken by a near lightning strike, which did similar in the neighbour’s house.

Discussed at length here; the conclusion is yes unplug.

Thunderstorms, do I always need to unplug? Lounge

To continue the discussion I opened on the thread « time to change « . Some responded that the kind of building, its location ( town or nature), the wall protecting the system…doesn’t change nothing. It’s better to unplug in all cases when thunderstorms. @bruss uses a surge protector. Does it affect sound quality ? Can we rely on it without needing to unplug and switch all off? [image]

I foolishly left my old AV2 kit plugged in, although turned off.
Lightning fried the AV2 necessitating a return to Naim for repairs.
I now unplug my Naim kit from the mains after turning it off and, I unplug the ethernet and aerial etc.

I’ve had lightning strikes enter my house through the copper phone line on more than one occasion. In the worst case the white plastic BT wall socket exploded, the router, Airport Extreme and Unitiserve were destroyed, and the heavy hardwood box they lived in fell apart.
Other networked devices were all on WiFi at the time, and were unharmed.

Some are clearly prepared to take the risk. It’s your choice.

Many years ago our neighbor’s house took a strike, I was sitting at my desk facing the window onto our back garden, the flash lit the full window opening bright white and the bang was like no other I have heard. Luckily nothing in our home was damaged but the neighbor lost several items to the event.

Similarly my families place was affected by a local strike, not direct on their home, they passed me their landline answer phone to inspect as it no longer worked. I suspect a strong surge got in through the phone line. I traced the fault back through the electronics and found many faulty components along the way, but no obvious visual signs, I told them to buy a new phone!

Lightning strikes in the UK are relatively infrequent compared to many places in the world, but if you are unfortunate enough then the results can be very destructive.

Interestingly, (well it is to me), the British Standard for lightning protection publish a map of the UK showing lightning flash density and it is much lower up North in Scotland, registering 0.04 per sq km vs 1.0 in and around the area of the Midlands.

To give a sense of proportion, on the world map, (same British Standard) there are places on and around the equator that register 180 on the same scale.

Would love to post the maps but I would not wish to infringe copy write. I expect there are other similar maps on the web.

My house in Colorado has been victim to a lightning strike and it wasn’t pretty. I was home when it hit the top of my roof and blew through the cupola above the garage. I had my hifi system on, and did some damage to my amp, and a couple power supplies. Also, destroyed every LED light in my house, garage door openers, hot tub, and a couple outlets. Had to have an electrician check everything.

It was frightening though. The sheer power of it ripping through the place; it was like a cannon going off inside. Was thankful the little kids weren’t home. The weirdest thing about it though is there really wasn’t that big of a storm in the area. I was outside just 5 minutes before doing yard work and wasn’t even thinking about a lightning storm.

I was fortunate to have a good insurance plan and company that assisted with it all but still a complete pain of time/effort and could have been a lot worse.

Good luck everyone! I unplug everything now when any storm is near. 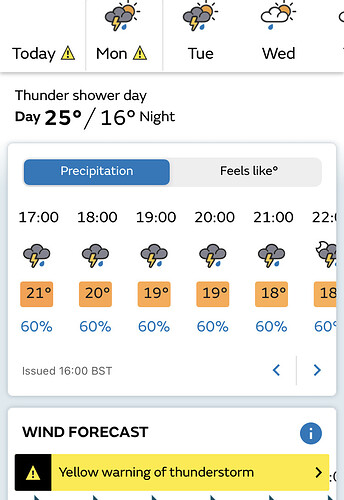 About twenty years ago, and a few minutes before my wife was due home, I heard a distant rumble of thunder. I began unplugging the usual items, starting with the telly and aerial, phones… I’d unplugged most of the hifi when my wife arrived just as the heavens opened. Still no more thunder. I rushed outside with an umbrella, my wife opened the car door, and BANG!

Long story cut short, the only hufi component I’d not unplugged was the 180. It was dead. Ironically it cost £180 to repair. The broadband micro filter had been blown out of the wall socket, curtains were scorched.

In the field opposite the house was one of those large metal casings on a pole that mains supply would pass through. It was still smoking 24 hours later, and the ‘old’ Stansted airport site was without power for a day or so.

And yes, the umbrella had a metal tip