Is anyone using a Nucleus+? Debating getting one. Would install a Samsung EVO SSD and have my QNAP NAS Remote replicate to the share.

I think for the price point though, it should have a Linear PS though? Looks like a 19V input from the photos.

Thoughts? Would need to confirm current draw from Nucleus+. 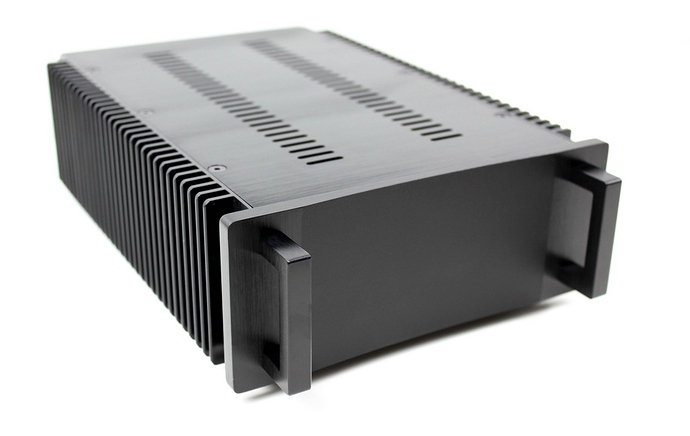 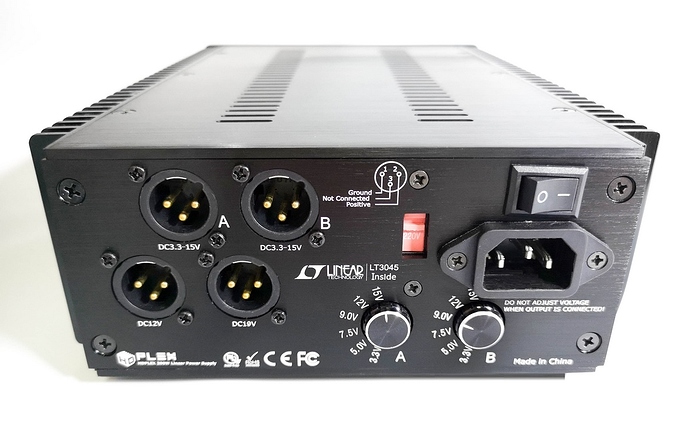 Thanks - it looks like a beast. If i’m being honest though, the bottom right “made in china” puts me off. I’d really like to buy a British one… (or French - they make really good equipment).

You might want to have a look at Audiostore uk (vortexbox uk). I think they might now sell a uk made 19v lps for their Prestige server. This would probably come with a 8.4mm centre positive coax to suit the Prestige. I dont know if that works with the Roon Nucleus+ though

it’s very well made and is appreciated among the audiophiles. But i understand your stop.

I have this one for my unitserve, uptone audio js2. I have before the israeli one but the uplift in sound quality was marginal.
The uptone is on since 2 years now. But no 19v on it.

the sbooster is good too. 19v 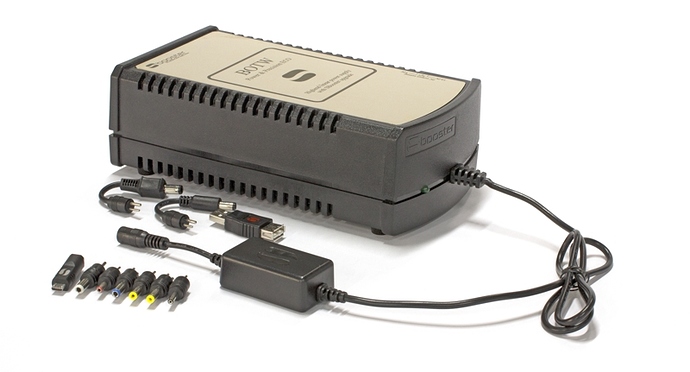 OK, yeah, i’ll do some more research on it.

I’ve got a Nucleus (with Samsung Evo SSD) - it needs a 19v 3.5A supply. It depends what you are going to use it for. For network serving duties then i’d stick with the supplied switching supply. If running a USB DAC from the Nucleus then perhaps consider a linear supply.

HDPlex had some “quality control” issues in the past, but they might dealt with that. Personally I would be cautious…

OK thanks for the heads up. I recently bought a LPSU from Audiophonics (12v low ampage) and the build was excellent for under 100 euros. I might give them a call - not sure who is designing this stuff, but maybe get them to do something semi custom. As James was saying, 3.5A is pretty low power requirements (circa 65W).

Yes, endpoints going via ethernet , so not going crazy.

Have you considered Paul Hynes power supplies? Very well regarded, but he’s not the fastest apparently…

Firstly, don’t buy a Nucleus+. Way over priced for what it is. You can replicate it for less than a third of the price which frees up a lot of money for a power supply if you think you need it.

You might want to have a look at Audiostore uk (vortexbox uk). I think they might now sell a uk made 19v lps for their Prestige server. This would probably come with a 8.4mm centre positive coax to suit the Prestige. I dont know if that works with the Roon Nucleus+ though

Owner of a brand new Audiostore Prestige 3 here, powered by one of the new HDPLEX 200 power supplies with the latest LT3045 regulators.

It does everything that a Nucleus does, including having a 2TB SSD in the Prestige, is a lot more capable in terms of flexibility than the Nucleus+ (which is a £700 Intel NUC in a fanless case), is proven capable of running a range of different makes of server software including both Roon and LMS. All for somewhat less than the price of a Nucleus+. The icing on the cake is the wonderful service and advice that Martin (owner of Audiostore) provides - he is a genuine enthusiast. Or there is a Nucleus+. Or an Innuos Zenith 3…

There you go. Bought it 5 weeks ago with an added 2TB SSD and absolutely flawless

I agree with everything you have said Bluesfan. I have the Prestige 2 into microrendu. It’s very flexible, and yes, Martin Smith is very helpful

Then i’d leave the PSU as it is. I can’t see why it would make a difference as you’ll probably tuck the unit away somewhere as you’re connecting via Ethernet. I’d think about what you want to achieve - as Camlan points out the Nucleus is quite pricey and you can do the same for a lot less. Messing about with computers doesn’t get me excited so buying something that just works and doesn’t look like a piece of crap on the Hi-Fi rack made the Nucleus an easy decision for me. Plenty of options though for running Roon.

Thanks for the replies. Yes after something that is a smallish form factor and lower enough power consumption that can use a LPSU. I’m running a QNAP NAS (i7 16GB RAM) - x4 Bay 8TB WD Reds with x2 Evo NVME 512 SSD’s. The Roon Core is running in a Ubuntu VM on one of the SSD’s. I was hoping to get an external LPSU but think the power requirements would be big (SMPSU is 250W rated) but getting a ATX style connector etc would be a real pain (and figuring out all the voltage lines etc).

Why do you want to get a linear psu ?

The SMPSU is so close to everything inside the NAS (QNAP have everything jam packed) and the fan in the PSU is noisy. If i could keep it all external , it would make it much quieter and hopefully keep heat down too. In hindsight, I should have bought the cheaper model which has an external PSU (duh!) which also has lower power requirements.