I bought a set used Dynaudio Special forty speakers and they will arrive in a week from now.
They wil be under transport for a week in (Norwegian) cold conditions, say -15°C.
Do I need some running in time or will they sound ok from the start?

I would slowly introduce them to the house to get up to room temperature before firing them up.

Temperature changes can cause condensation to form which might damage electronics when they are powered up, so as a precaution you might want to leave the speakers unpacked at room temperature for a couple of days. Especially as the speakers have a large rear port.

As for the sound, last year I bought a pair of speakers ex-demo, so they would have had plenty of use. Despite that they were lacking in bass at first, and the sound changed massively over about 2 weeks.

No need at all for “running in” as tgat has already happened, assuming they’ve been used for a few 10s to 100s of hours. But if they have been at such low temperatures forlong enough to chill down to that throughout, the comments above about giving them time to fully warm up to your temperature are wise. If well wrapped I’d leave them first like that for a day so as not to let moisture condense out on cold surfaces from the warm humid air in your house. Then unpack and leave for a few hours or day to fully reach room temp.

Personally, I would leave them in their packaging for 24 hours to allow them to come up to room temperature. This will avoid the inevitable “steaming up” or condensation as one sees with spectacles etc when moving from cold to a warm environment.
Do not unpack them cold is my advice.

Yes but when they reach room temperature you might want to leave them for any internal condensation that has already formed to dry off.

This is especially important with electronic items in the very cold weather. I sold a CD player once during a very cold winter and when it was received the buyer immediately unpacked it and plugged it in with catastrophic consequences.

I didn’t think you ever sold anything at all and had a barn full of hifi?

I have to sell off stuff from time to time…

I’m trying not to these days, but sometimes I get offered something that I can’t refuse… 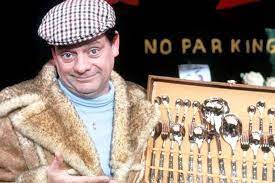