I am on the verge of purchasing a pair or SBLs for a 2nd system - here is a pic of the back. Does everything look as it should? Is it usual to have a portion of the back wood finish non-stained?
Thanks for any help
Paul 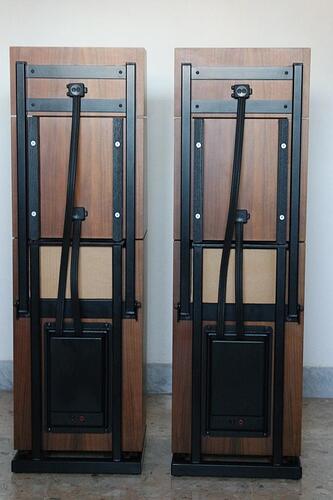 Hi Paul, I would say not usual.

Could they have originally been a lighter pair which have been stained darker, and a hard to stain section on each lower box left unstained?

Interesting. Is the lighter area actually veneered? I would check on the serial numbers with Naim support. Certainly worth asking some questions of the seller. Otherwise, they look pretty tidy, but would be good to see better pics and some of the front and sides.

If you expand the picture you’ll see that the grain on the veneer continues across the light area. It sounds as though Chris is correct and that they have been stained darker. Presumably they started off as beech, which I believe was the only very light finish. It might be instructive to see how the tops and bottoms have been dealt with. If the bottom of the middle box has been removed and replaced in the process I’d want to check that all the re-sealing is perfect.

It’s not absolutely clear so wanted to be sure, but I’d want to know the story behind how and why. If it has been done well, then no major problem, although it will likely impact on price, but the fact there’s a big area left un-done does raise a question.

Bizarre, the staining looks to be done very well, not an amateur looking job which does raise the question why leave out that bit? It could be as simple as someone wanting the colour but also wanted to show that it had been done leaving the evidence at the back of the original colour 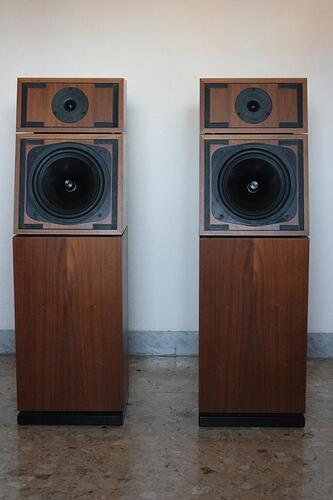 I will give naim a call with the serial number.

Thanks for the help everyone

Those are black walnut veneers, so the natural colour not stained

I actually just got photos of the boxes - which clearly say walnut finish… So they have not been re-restained.
Interesting question for naim… will let you know the outcome!

Just wondering about this, does that look like a patch or a spacer type thing?

I’ve superimposed one of my walnut mkii SBL’s on to your picture. Taken today on my iPhone, heavily overcast, no lights on in room, no editing (other than the superimposing). What struck me is how similar the veneer pattern is. I wouldn’t pay any attention to the colour difference, that’s probably to do with light conditions, cameras version of what the colour should be etc. 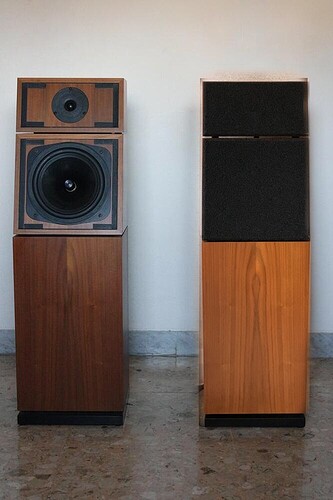 That’s uncanny. They must be consecutive pairs as the veneer is pretty much identical.

The serial number won’t tell you, as they are allocated at Naim. It just looks as though the speaker cabinets were made together using consecutive sheets of veneer at the Hornslet factory.

Graeme. Are yours consistent colored on the back?

It might just be a thin spacer to keep the tweeter box arm steady? It’s something the seller needs to answer as otherwise they look in really good condition

I’m not quite sure what you are querying, as they look normal other than the veneer. I’ve spotted that they seem to have no serial number sticker, which is odd. I had some Mk 2s in cherry once and they were the same colour all over. This is the best photo I could find on the internet, which shows a similar construction but also the serial number sticker. 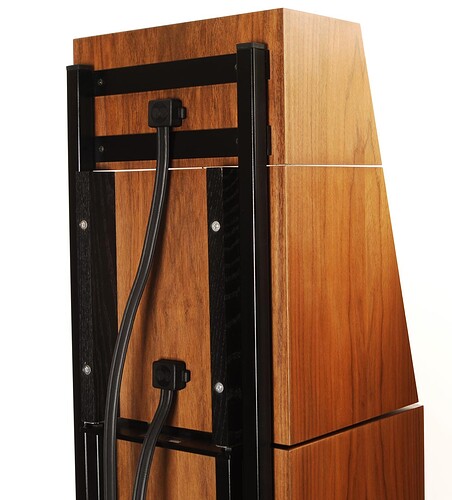 It looks like there’s a gap above the pale bit, if you follow the natural box gap around it drops when passing the tweeter arm, just looks a bit odd