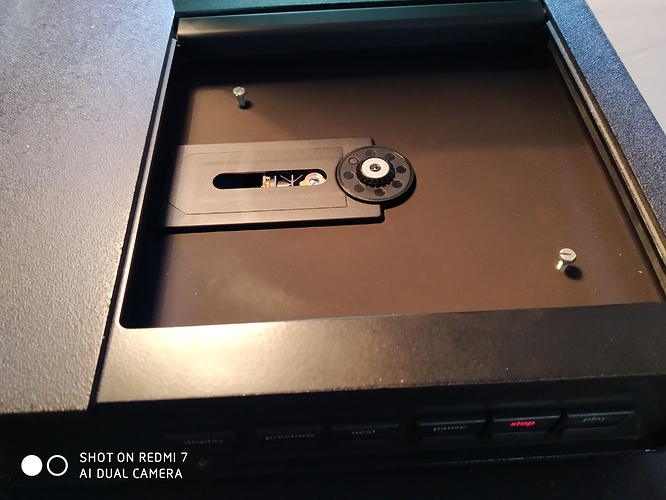 My guess would be they are bolts to secure the sprung cd mechanism during transport, and have been left partially in place , rather than removed and stored. If you are the new owner and just received the unit, check the manual, if they are transport screws, it will sound so much better, without them.

Looking at pics online, they are not supposed to be there, so i think you should remove and store…they were for transporting only. Looks in nice condition👍

FWIW, those bolts don’t look like the proper items. The tray bolts should be removed when the player is in situ.

The screws lift the mech off the leaf springs/cups.

Removing them lowers the mech onto the leafsprings/cups. If the mech isn’t lowered evenly, the pins on the mech might not mate with the cups.

Correct screws shown in pics below. Tops are black plastic and have a white bush to stop the screw from marking the non reflective paint on the platter. The pitch is very fine and takes ages to insert or remove them. Be patient and do the job carefully. The other screws are the transport screws which go into the base of the machine. I seem to recall that you shouldn’t tilt the machine more than 15 degrees while putting the base screws in or out.
Internal screws go in first, then base screws. 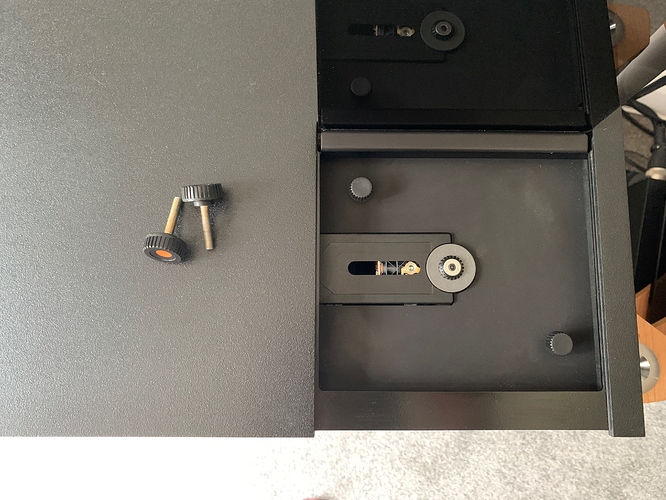 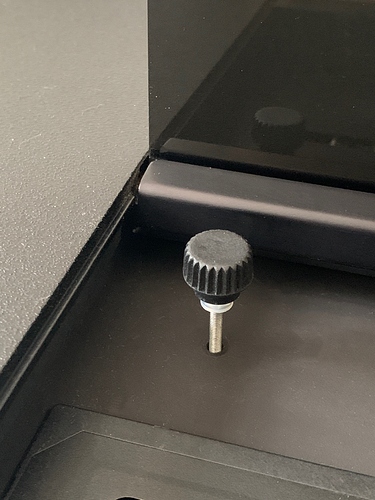 All screw shown with a pound coin for scale. Smaller ones are the internal ones. 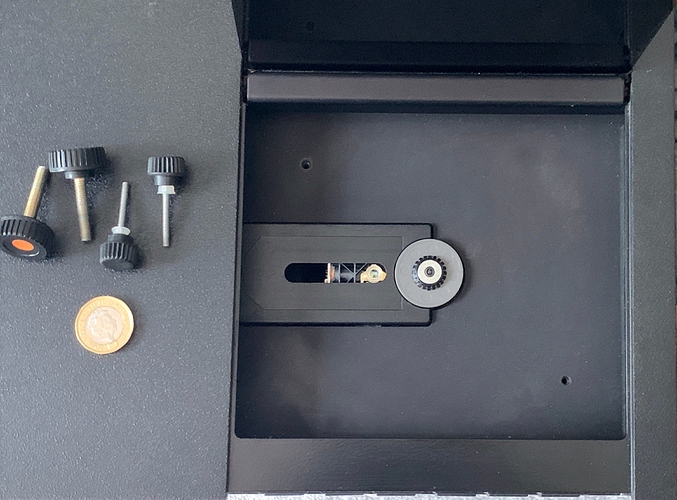 Very thorough Graeme, and a good future reference. Thank you.