My system has started to be a bit of a pain with Sibilance. I switched around the pre-power amps onto different shelves on my unit and now I have a hard SSS. Nothing else changed so can’t be room/speaker placement or anything like that - intuitively it must be cabling but I’ve tried switching around, redressing, etc. Even tried switching to the RCA input on my 202 and no changes. Any ideas on what else to try? Note this is on all channels both digital and Vinyl and apparent through both speakers. Any assistance much apprecaited.

Maybe I’m just noticing it more and it’s annoying me (we’re currently in a hard lockdown here in Auckland) but it definitely seems that something is different, especially the Radio…

I had Naim round at my house some time back to address issues not dissimilar to this. The simple answer was a Burndy that needed flexing and a power amp in need of a service.

cheers, i’ve had a mess about with the connections and cables - unfirtunately I don’t have any spare SNAICS to swap out so I might see if I can get a hold of another in case its a damaged cable - it all looks ok though.

Just make sure all your cabling, double sure, is not the ‘wrong way round’, I’ve done it - you get that ‘dooh!’ moment

Good that you’re aware of this. since this might be the most likely cause considering the circumstances. Stress makes us more focused / aware of certain details, and at the same time lowers our tolerances. Also a slight increase in blood pressure can make our ears more sensitive to certain frequencies or sounds.

If you have the opportunity, a long and relaxed walk outside could perhaps be a nice distraction that will refocus your mind. There is a good chance your system will sound differently afterwards.

As it’s both on vinyl and digital I’d try another speaker cable like the NACA5, which often pops up cheap on Trade Me (I run Totem Hawks with these, I take it their not new?). Otherwise a service might be due on the power amp. A bit of plugging of connections in and out to clean the connections would be worth a go. You could also call John V at RM Auckland and he might have some ideas, he’s not doing much at the moment - like you.

He says he’s in a hard lockdown, so long walks outside aren’t going to be possible currently!

Are walks not allowed during hard lockdown? I’m not familiar with the rules in different countries, but that would be quite depressing indeed…

Retorqueing the loudspeaker drivers is also an option. It helped me at least once.

Some recordings have sibilance in them. I once thought that my left tweeter was blown, but then I did hear the same sibilance far worse on my IBL’s. It came close to glass scratching.

Sibilance usually remembers me of 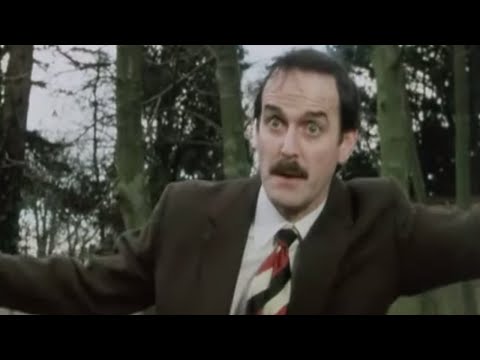 As I discovered not that long ago, it could be something on the mains that’s the cause. I had been using my laptop in the music room and realised that it was running low on battery but the nearest socket was too far away, so I dug out an old extension lead from the cupboard. Having done this it didn’t take long before I detected some nasty sibilance through the hifi. Initially I thought it must be fluff on the stylus, but in places it was so bad I thought I may have knackered the stylus completely or somehow it had suddenly worn to the point where it needed urgent replacement. It was only after wasting lots of time trying to remedy the situation that the penny dropped - the extension lead had an anti-surge network inside. I unplugged it and all was well again.

Cheers Mike - that’s a good shout, I’ll give him a buzz… if nothing else he probably has spare snaic to rule out cable issues…

so just to close this off for people searching in the future. Myt sibilance issue appears to be mostly resolved. I took everything apart for the eleventy fifth time and reconnected everything.

) the detail retrieval is much more apparent, especially leading edges of cymbals etc. It sounds spectacular with electronic music but the vocals sound a little less organic. Given it’s all been powered down it might take a little while to come back to full bloom, I have noticed it takes a couple of days for the sound to fill out whenever the system is turned off, probably mostly placebo that though!!

To the points made about psychoacoustics - it is worth noting that I delivered a fairly major piece of work for the Board at my work this week and so it’s entirely plausible that all of this was in my head due to being in intense focus mode coupled with the hard lockdown here in Auckland.