GT85 had PTFE which gave better lubricating properties but when it came to freeing up corroded fastenings neither came close to Plus Gas.

GT85 had PTFE which gave better lubricating properties but when it came to freeing up corroded fastenings neither came close to Plus Gas.

Working on a lawnmower now - have a screw that won’t just come out. Will try.

I saw the photo before I read the text and assumed it had been used for sealing the gaskets on a pair of SBLs.

I grew up in a poor family.
It was always considered appropriate that we couldn’t afford cheap things.
Rather spending the time to save up for something that would last.
I have an old tin of Brasso that I inherited:
Not even remotely as new as the old tin of Brasso we found in the rafters of the garage and still able to give a nice shine on a willing receptacle. 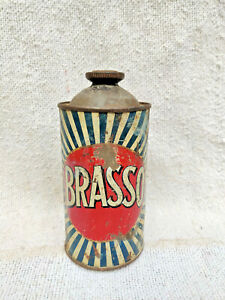 When it comes to unsalted organic butter I haven’t yet found any that comes anywhere near the quality of taste from dear old Tesco. 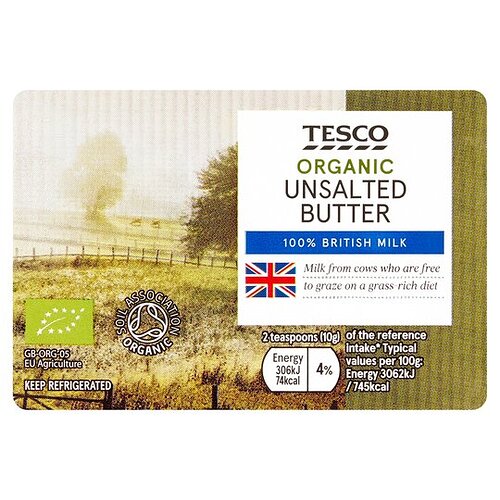 Simply the best … reminds of the boot thread, and the best shoes ever made: 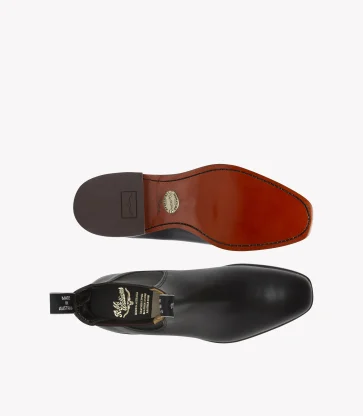 I had already voted (Abbey Road) months ago.

Simply the best … reminds of the boot thread, and the best shoes ever made:

What brand are they? ….I can’t quite make it out.

I have a couple of pairs of John Lobb derby boots - and I’d argue that they are the pinnacle. Handmade in a backstreet of Northampton (as all the best mens shoes are - it’s the home of the master Cobbler) and now owned by Hermès, they haven’t used that as a reason to smarten up. 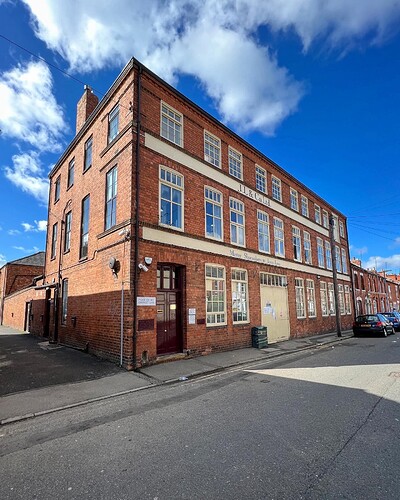 They have a nice little factory shop too. They don’t have sineage in Japanese for no reason. 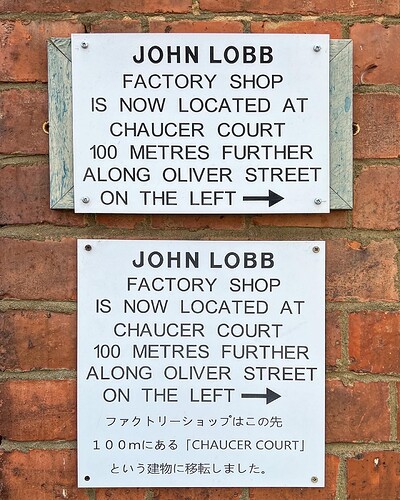 But the boots, my lord they are perfect. 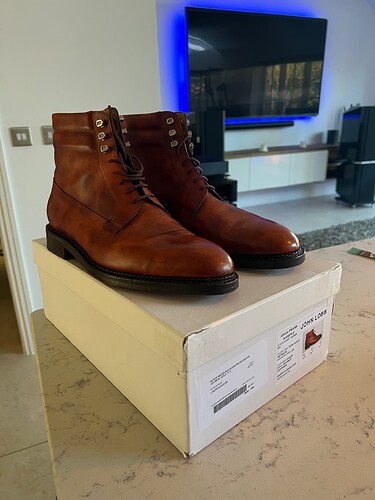 Edward Green - around a grand a pair+++ so should they be!

Australian?!? ….I do think they’re very nice - the Chelsea’s in particular - great heritage - but a gents shoe just HAS to be English for me

a gents shoe just HAS to be English for me

I also have a couple of Church shoes, but I only wear those if I need to visit the financial city of London.
The RM Williams are more versatile, and you can put them on any occasion, with suit, or no suit, with jeans, or no jeans.

Australian shoes are simply best of the best, and they last forever.

Edward Green - around a grand a pair+++ so should they be!

Yep - and that’s about where they start at. John Lobb too. But then the question of VALUE comes in, and it gets trickier

The people at John Lobb told me they get people flying from Japan just to buy a pair or two. Because our £1500 a pair (or a more reasonable £750 in the factory shop - but it’s a bit pot luck there) is £3500 in Tokyo when import Duties and tax is added, so if you MUST have the best and you live in Tokyo (and there are lots of people for whom the classic English look is where it’s at) then a quick flight can pay for itself. Tax free too.

I’ve just realised that in my last post I said Braun but meant Bosch. I was going to amend my post but it seems I can’t for some reason.

I don’t think it’s possible to get better Jeans than Nudie - made in Sweden, which might be why they work so well for me…they seem to be cut for the taller man.

Great value - because they’re not expensive, and they last, and Nudie offer free lifetime repairs…so that patina can just get better and better…

I’d take a £90 pair of Nudies over a pair of Tom Ford costing 10x that any day of the week. Spend a bit more for Nudie Japanese or American Selvage Denim, and these are Jeans for life.

Agree the last point (I have quite a few pairs of Nudie) - I tend to avoid anything sporting a designer branding where the item is not what they became known for: watches for example. It’s just ‘lifestyle’ branding…yick.

I tend to avoid anything sporting a designer branding where the item is not what they became known for: watches for example. It’s just ‘lifestyle’ branding…yick.

Absolutely agree - the number of Armani and Hugo Boss watches I’ve seen, where I think “that’s just a cheap Chinese quartz movement in a cheap looking watch with an oversized logo on it”

Yep! …although they don’t brand it like that. Some people like their Jeans bottomless - I prefer to avail myself of the free lifetime repairs just before it gets to that point!

you can put them on any occasion, with suit, or no suit, with jeans, or no jeans. 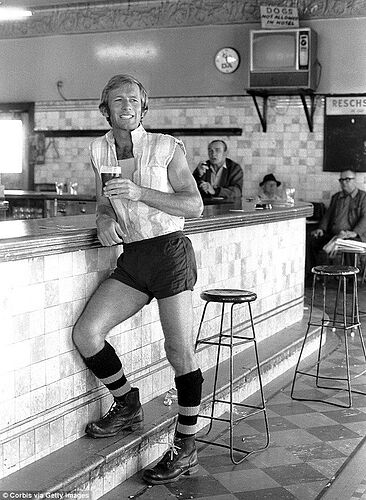 …when you absolutely POSITIVELY want to look like Crocodile Dundee

(Those ARE nice boots mind you