Do Sitor fuses give the necessary protection against spikes/surges without getting in the way of the supply?

I think you’re referring to the Siemens Sitor Fuse holder. I have this upgraded ‘Supreme’ gold & cryo treated version. 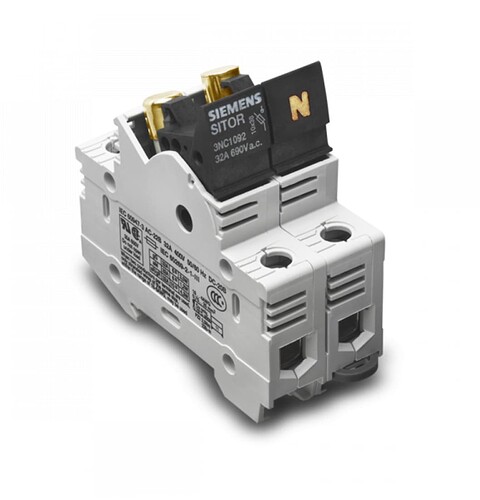 It replaces a regular MCB. I’m not 100% sure about spikes as I use a ‘slow’ fuse but surges for sure. The improvement in SQ over a standard MCB is impossible to ignore.

Before you clarified what you have in your system, I went Googling.
Here’s what I came up with.

“SITOR semiconductor fuses protect power semiconductors from the effects of a short circuit because the super-quick disconnect characteristic is far quicker than that of conventional LV HRC fuses. They protect expensive devices and system components such as converters with fuses in the input and in the DC link, UPS systems and soft starters for motors”

These seem to be a step ahead, but would they be suitable for use in hifi applications? Would the sudden draws created by an amplifier trigger them?

It depends imo. They are not aimed at/designed for audio applications so they’re likely not the best sounding (but still a mile ahead from any MCB).

The most recommended and used fuses for audio in this application are from German HiFi-Tuning. They all sound different. As do the values. So 16, 24 and 32A of the same fuse also sound very different (no surprise really). 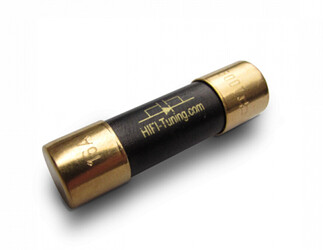 I recently upgraded to this ‘Supreme’ version that has caps from Cardas copper. A clear improvement again. 80 quid for a fuse might seem crazy but the entire system benefits so it’s a bargain imo.

The thought behind putting proper protection at the consumer unit end of the spur, was to simplify things at the room end.

I’ll look into these Sitor semiconductor fuses further and see what comes back.

Hopefully, they’ll just be a no nonsense approach to providing purest, no noise, no additives, lovely leccy

That’s basically one of two things I tried to achieve. Get the mains and network sorted as far upstream as possible. That’s at the CU. And second, keep ‘auxiliary stuff’ like the modem/router, switch and power supply(s) out of my living room.

Only two cables enter my room. The mains spur and the network cable for the streamer. Both are are 14m/45ft. runs coming from the CU. This is how things look at the CU end. 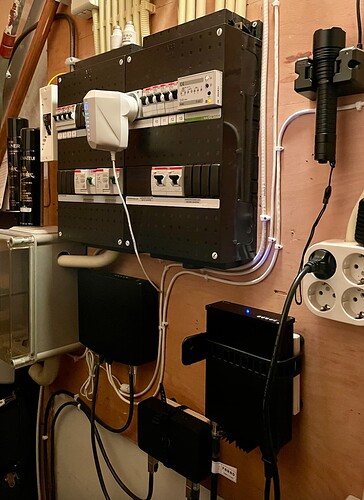 The big grey box is the house’ main switch. Above it in the white enclosure, the Sitor fuse holder and audio spur. At the bottom the modem/router, the EE8 switch and Farad PSU for it. I’m qualified to do this work myself so that makes fiddling around easy and fun to do.

Nice! I’m aiming for things with a similar mindset. Stop the problems before they start.

If you’re in the UK you will need something that conforms to the 18th edition electrical regs. That probably means an RCBO. It certainly doesn’t permit a fuse, however exotic. More than likely the same applies in most other regions. Do your research and check with a qualified electrician if you want your installation to be both safe and legal.

Thanks for adding the safety/legal warning @ChrisSU
Someone, somewhere could have been inspired to meddle.

Thanks @Roog
This is the kind of info that I was hoping that someone would share.
Whilst these products are named fuses, the description sounds a lot more like a breaker.
Best case scenario I’d hoped for, would be that they could be used in place of the traditional mcb but more likely just after a fancy Sitor MCB like the one shown in @RvL 's picture above.
Being that our equipment is packed with semiconductors, these semiconductor fuses seemed appropriate.
As you’ve already mentioned, it’s the in rush created by the amplifier that could go against it.

The fuse(holder) comes after a RCBO Chris. It only replaces a regular MCB.

I use an ‘old fashioned’ slow (melting) fuse. Not a semiconductor type. Never tried one of those.

Fair enough, you probably know more about this stuff than I do. For me the biggest gains from dedicated mains come from splitting the meter tails so that you bypass the main board completely, but of course you would then need more than just a fuse for protection.

Yes. That’s more or less what I did too. Directly from the main switch (i.e. the meter) to the RCBO that only handles the spur, then to the fuse holder that connects to the spur.