Hi All
Keep reading how SL2s must have a sold, brick wall behind them to get the best from the bass. I’ve a lovely listening room but it’s a modern house with plasterboard, stud walls etc. Have to say the bass I get in my well-damped room, when it’s on the recording is very well defined and sounds very solid but I don’t know if I’m missing something? I’m loathed to part with the speakers and moving house just because of them would raise a look of complete disbelief from SWMBO so a simple question, would a larger power amp be a good direction to go? Thinking of a used 500 to replace 135s (into a passive set-up). All sources top notch and everything currently serviced within accepted timeframes. Gear sitting on Q’spire SVT and no, not interested in a Fraim at present. Thanks

I’ve only used mine with a solid rear wall (1930s house) and have them as close as the skirting board will allow. If you’re getting well defined bass without any boom then it looks like you’re Ok. A 500DR works really well on the SL2s too.

Not 100% sure what you are asking! I have a slightly odd arrangement behind my speakers (currently SL2s). The left one has a solid wall behind it but the right one has plasterboard- it was originally a door opening that was later boarded up. Nobody has ever said that there is an imbalance in my room because of it. Maybe it would be a little better with a bit more solidity beyond the right speaker to match the left but I don’t feel I am missing anything.

The floor is very solid though which perhaps is more important.

A bigger power amp does not change the structure of your wall. Maybe you should home demo a different speaker. Might help you decide if the SL2s are doing just nicely or if you are ‘missing something’

Every speaker/room is a compromise.

While a 500 would be better than 135s it’s a separate issue from the wall. Bruce hit it on the head really - why not try some different speakers or, if you are happy with things as they are, just do nothing.

Tim - I guess what I’m wondering is if I’m getting the max out of my speakers and if not, would a used 500 get me nearer as it’s cheaper than moving house or having walls rebuilt. As others have already said (thanks all) I ought to demo other speakers but that intro’s loads of other factors when in fact, I’m very reluctant to lose the SL2s anyway. Hence wondering if a more powerful amp would help

Adding a 500 will power the speakers better and they should sound better, but with the stud wall you will never get the best from the speakers. 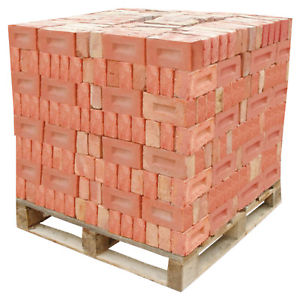 Could always buy one of these ^

Price, depending on size: includes Bricks, sand, and cement!

Can be viewed locally at the builders yard

You say you like the speakers and are very reluctant to change them, and they sound pretty good to you. I would buy some more music and just enjoy them then!

If you have never had them tight up against a solid wall, then you wont know what you are missing and if i was you and you are happy leave alone, as take it from me finding speakers that work and you like can be a complete pain in the bum.

I think there needs to be Naim bakeoff at a member’s house who uses SL2’s with a solid brick wall.

Cough, cough. Is it hot in here?

In all seriousness I think we can all suffer from that little worm that makes you wonder if there is another nice step in performance for a little extra effort.

In more healthy times I am very enthusiastic for bakeoffs and listening to other good systems, I find it tends to calm the upgrade worm!

Can be viewed locally at the builders yard

Or perhaps the Tate Modern?

As I said in the sbl’s thread and last year, I moved my sbl’s from a nice solid wall to a stud wall and from that day onwards I just wasn’t happy with them anymore. I tried all sorts but nothing got me back what I had and so in the end sold them