So was this worth a Brit award? 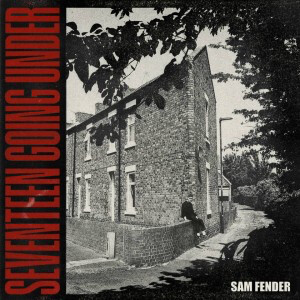 Any body heard this one…it won a Brit award! Are are the Brits just a bit of a joke?

Anybody rekon that there was better out there that should have won it?

I never watch “tat” like this. I presume it’s a crappy album and the artist has been given an award?

I’ve no idea what that music is, but I think the “Brit” music awards are for ‘pop’. Pop to me rarely has anything even remotely good or interesting, just the very occasional exception. The awards I presume (never having watched/followed) are for those that did best in that inane world, or most impressed the equally inane judges.

Ok, Boomers! I guess it’s not for us. But there are some very familiar names there. I confess to having played Wolf Alice influenced by my daughter who prefers to hear her music on her iPhone. https://www.brits.co.uk/winners

For clarity, as a generalisation I’ve never liked ‘pop’, though from time to time oddities or brief fashions in music have put some music I like in popular charts.

I’ve generally ignored pop too, but listen to Radio Hereford & Worcestershire which has topical storm and travel news. They play a lot of pop, it is a background noise. Of course making this is an industry, as you say occasionally something interesting pops up. But I assume most here don’t care for it. I’m male and 65.

Same gender but 2 years on you! I listen ti my local radio for local news and current affairs, and hear music between other things - mostly utter drivel, but over the years the occasional gem, sometimes surprising myself, sometimes not…. But radio 1 I can’t stand at all! (Exactly how I felt when it first started…)

Some of the comments on YT suggest he’s a UK Bruce Springsteen. Yeah, right.

Let’s face it, the Brits are for people who think female vocal stops and starts at Adele - and it doesn’t take long to work what these awards are about when you look at the label credits. 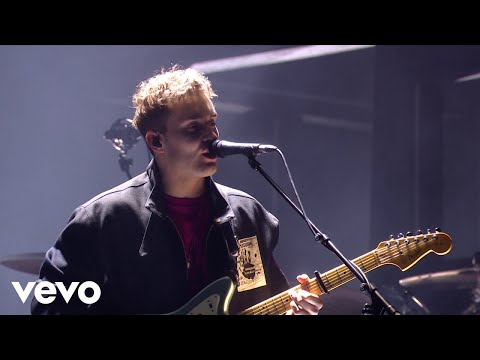 I feel I am marching out of step here, I like the Brit Awards as a process and a curation of contemporary pop, though rarely watch it, and I enjoy much pop… it’s often a source of interesting catchy music… to my ears often preferable to many of the testosterone soaked groaning guitar rock bands favoured by some on this forum.

If you actively listen to music you will hear fads, and techniques come in waves with much pop … including production techniques… and it’s interesting to hear how these are creatively used to make a commercial (ie popular ) music. Occasionally you hear a formula that breaks free, and then sets a new evolution path.
Sure some pop music is cliche and dreary, but there is a lot of good creative pop music out here.

With regard to Sam Fender… I find his style quite interesting, though not totally my cup of tea… but likeable lyrics…Seventeen Going Under is a good song.

Disclosure: I am ‘generation X’ rather than ‘baby boomer’

I’ve never followed the Brit Awards. If I like something I like it and wouldn’t know or care if it had won an award and certainly wouldn’t use that as a barometer.
The only fact I could reel off about the Brits is that Mick Fleetwood and Samantha Fox made a cat’s of presenting it many moons ago …

Steve, surely you remember Jarvis waving his arse about and Prescott getting a soaking?

For clarity, as a generalisation I’ve never liked ‘pop’, though from time to time oddities or brief fashions in music have put some music I like in popular charts.

Ah yes, I do remember the days of Atomic Rooster, Curved Air, Jethro Tull etc, appearing on Top of the Pops. At one time they even had a “prog slot” - Yes “live” (cough) in the studio with “Yours is no Disgrace” (1st April 1971 according to t’internet). On the flip side, that was the same year as “Chirpy Chirpy Cheep Cheep”!

Now that’s something I never expected to see. “Yours is no Disgrace” in the same paragraph as “Chirpy, Chirpy, Cheep, Cheep”.

Some interesting comments.
It’s not my cup of tea either and didn’t watch but got to know about Fender on the news. So had a listen. I was not overly impressed and wondered is that the best we can do?
Then thought maybe it was me. Given some of the comments clearly no.
I do like The 1975 introduced to me by my daughter. I have all their albums.
Anyway I am more than prepared to listen to pop…. After all the Beatles were pop, the Stones were pop, David Bowie was pop, Fleetwood Max was pop etc etc. so more than happy to listen to pop and not dismiss it because it’s pop. And before everyone says they were pop but rock or rock and roll, Fender’s category win was rock!

Top of the Pops. At one time they even had a “prog slot” - Yes “live” (cough) in the studio

Casting back to when I worked on ToTP as a rookie studio engineer at BBC TV Centre … you are right most shows were rehearsed over preceding days and broadcast mimed on Thursdays. The exceptions were bank holiday weeks… then, there were some genuine played performances on the show on Thursday.

Probably I would say. Sam Fender is a very talented singer-songwriter. This boomer would be more likely to listen to him than most jazz or classical music. But maybe I am a rarity in my generation because I normally listen to more recent music than older music, I would guess about 60% would have been written and recorded this millennium.

Not quite my cup of tea either, but always nice to see bands playing real instruments.

As much as I loved electronic music from the late 70s/80s there were lots of pop groups around that time which in addition to using synths etc also had clearly proficient instrumentalists crucial to the songs. Many of those wouldn’t necessarily be regarded as ‘world class’ on their chosen instruments but they played well in a band. Hope that makes sense.

I live in Worcestershire, but Hereford and Worcester radio only really gets turned on when there is extreme weather, floods etc. Then it is excellent imho

I agree. It is essential listening then, especially in the car. As I never listen to R1 or R2 this is the only place I’d hear contemporary pop.