Not the ultimate in sound quality, although as always advantage with Android is the ability to tweak 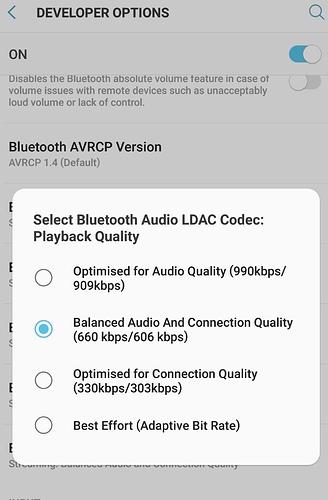 I use at work and rare occasions on public outings and had the prior MX2 (albeit a few weeks and sold).

For sure the noise cancellation for me is pretty extreme, which makes a HUGE difference losing yourself, almost a shock when you cancel NC or take the cans off.

I like the fact the NC means volume remains relatively low, as with open back and even in ear types, i find the volume cranked up too drown out background sound.

So i guess what are people thoughts, a top end pairs of cans, mojo contending with drowning out background noise - or a simple wireless pair of cans 30 hrs on a single charge.

Is that enough to forgive a so, so audio even with tweaks.

Happy XM2 home user here. I compared to XM3, but found they had a slight whispyness in the treble and slightly boosted bass. I felt both sounded better than the cabled Shure 1540. It was my wife who suggested wireless and since my chair is about 3m from the system it makes a lot of sense.

Undoubtedly there are better wired headphones out there, but noise cancelling and wireless are real advantages IMHO.

@NAC72 - i have used them at home, but it was only when setting up, i must admit it was bliss, i turned off the ambient noise in a busy living room, tv on, people talking, at times shouting towards me, apart from a slight breakthrough (at low volume) it was all not audible.

Safety wise i do like the somewhat annoying adaptive sound, as i used them walking one evening to the supermarket, it auto adjusted, but i preferred FULL NC

Only deficit I’ve noticed is that EQ settings saved in the app do not seem to be applied to other sources. Presumably the settings are being stored by the phones on a per source basis.