I found that test on YouTube. Generally I was always thinking that’s impossible to detect any differences in sound within a YouTube video.
I was wrong. Watching it I easily hear differences. And you ? 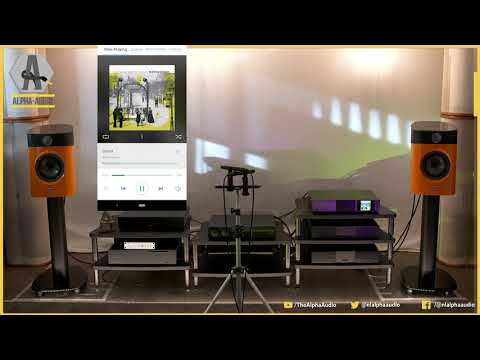 The kudos come across as, for me, the better speaker. Through my iPhone 6s. Which is very far from being a valid test. But yes a difference can be heard. I think YouTube supports a reasonable bit rate these days.

The second track, that’s a strange genre of music!

I forgot 2 things :
1). The electronics are Naim.
2) I watched through my IPad Pro 2 , without using earphones.

The kudos were better too for me. It was easily discernable, to my surprise.
This video was well done also.

The Kudos got my vote, piano sounded more natural in that room.

Bigger soundstage and presence too

On laptop speakers, I like the Kudos more FWIW

Not a sensible comparison, stand mount vs floor stander. Would be better to compare with Sopra n2.
But u-tube video listening tests ???

But hey, maybe it is better than choosing based on a written review in a magazine

Is it your video ?

Yes I agree, but similar prices I think.

No, but i think i saw 2 who did browsing through the comment section…

EDIT: one bought them after seeing the video. The other user had them already.

Focal sounded a little subdued and restrained, Kudos had a bit more air and life (most notable on the Eric Clapton track).

I guess it’s from someone on the forum, probably at least, as it’s Naim system.
As you gave more details, I thought it was your video.

Agreed that would be a more appropriate comparison; T505 vs Sopra1.

I watched a minute or so of the video with the sound down, just to get the visuals. The 606’s look purposeful and stylish, the Sopra’s look like jelly moulds.
I’d have to sit in front of these things when I listed to my hifi… So 606 wins for me.

I may be partial but if one just listens to the piano (and is familiar with how a piano sounds) it is clear enough that the Sopra reproduce the piano in a more natural way and the Kudos only project the upper range more forward.
The voice is more natural too in the Focals IMO. Even on the Mac’s small transducers I can hear it. It is a matter of taste I suppose, but these days I have heard the Focals often and think highly of them. Never liked a pair of Kudos though. Taste.

Even on the Mac’s small transducers I can hear it…

Never liked a pair of Kudos though.

No chance of confirmation bias then!

Speakers are like significant others. We all have different taste and you don’t know them until you live with them