Following a post on another thread I thought it might be a good idea to start a thread dedicated to Independant Record Shops, preferably still operating.
To share memories etc and recommend shops that for whatever reason are a bit special and why…

I will kick off with the memory of George Ginn who ran the Record Album in Brighton, a really lovely guy and well known character in the business. I love the man.

The Record Album has been in Brighton for longer than my memory serves (actually 1948). It used to be owned by the lovely affable George Ginn who travelled the world in the RAF and collected records. Taking over The Record Album way back in the early sixties, specialising in Classical & Soundtracks and his customers even included the BBC, he also stocked a great range of other genres and I used to regularly visit George who was a well known and loved character. He later moved the shop to it’s current location on Terminus Road by the rail station, a small place but stacked to the rafters. His window display reflected the soundtracks of films etc that had just been showing on the TV, you could have watched a great film the night before and the next day the soundtrack album would be in his window.
Sadly George was terribly attacked in the shop by some thugs years ago and George retired soon after. The shop is still operating but I dont know who’s running it now, I’ve not been there myself since so not sure if it’s still the same. 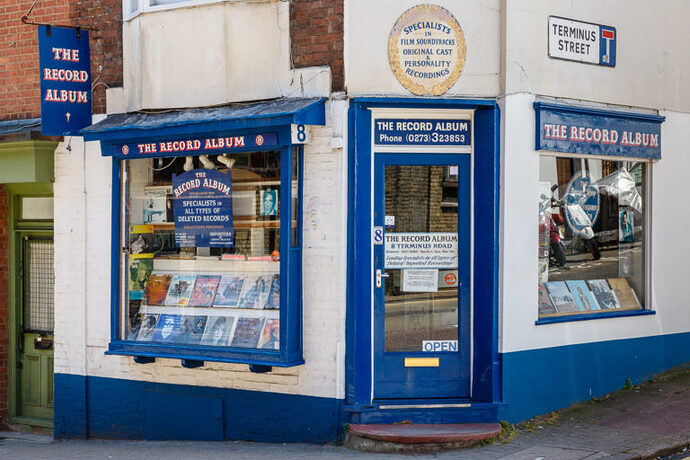 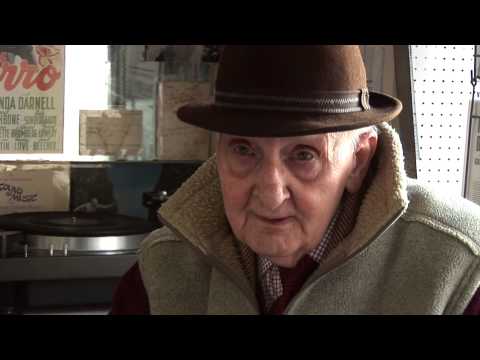 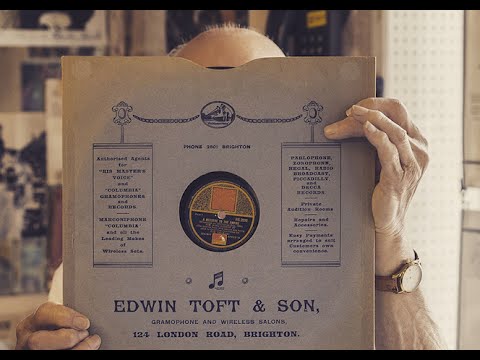 Thank you for that, so very sad to read it.

"People buy them and put them on while they are doing other things, but with a vinyl record you have to listen to it properly.

"You can sit and read the liner notes while you listen to one side, before you have to get up and turn it over to listen to the other side.

"I won’t touch CDs at all. Vinyl is definitely the longest-lasting of all the formats. They come and go but vinyl has always reared its head.

“As for downloading, if I had the know-how I would put a virus into the whole thing.” - George 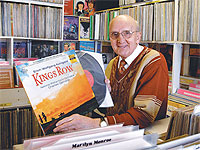 Flying the flag for vinyl

The internet and supermarkets have been blamed for putting our nations record shops under threat.

so very sad to read it.

Well his getting attacked was terrible, other than that though he was a great guy, very passionate, knowledgable, friendly and often very funny.

One very funny memory I have of George;
There was a time when he would, with the best intention, carefully inspect a record you wanted to buy then produce a yellow duster and douse it in Isopropyl and wipe the record with it. I stopped him doing it, but one day I put a record on the counter whilst continuing to browse the racks, I turned to see George vinyl in one hand, duster in the other, “George! Please no!” I exclaimed. He put the duster down and jokingly slapped himself on the wrist holding the record, the record fell from his hand landing on its edge and somehow rolled like a wheel out the open door down the step and down the hill toward the station with George chasing it!

A used record shop that I can recommend if you are in the Chester area is Grey n Pink Records in Brook Street in the City Centre not far from the Canal,Roman walls and not far from the train station.

It’s a place that will take you back in time with thousands of records (CDs as well) all classified and sectioned so you can get to what you want. There are no easy listening or Classical though.

Old school for certain and a joy to rummage around with friendly staff and enjoy the music that constantly plays. Mind you take plenty of cash as they do not take debit/credit cards etc. There is a cash machine nearby that helps

There is a website if you google Grey n Pink records but they do not do online purchases but will sell remotely if you phone them or send a wish list via email and you pay via Paypal.

That takes me back. I used to make regular (and expensive!) visits to Chester primarily to purchase recordings. Sadly, as I don’t do vinyl and do listen to a lot of classical, all the record shops of interest to me have gone, so it’s ages since I last went there. I do miss the cheese shop, though.

I should have included in my description above that they do also stock CDs but as I said no classical.

‘A favourite from the days when Notting Hill still had riots’ (The Independent).