I’m not a great footie fan, but thought I might watch the CL final tonight. Until, that is, I discovered it’s gone the way of so many other sporting events, and is no longer available on Free to View channels.

Am I the only one to vehemently resent the swallowing up of all our best sporting events and finals by Sky, BT Sport etc. to fund the exorbitant salaries of sporting superstars?

I know I must sound like Victor Meldrew, but having forked out for my license fee I would like to be able to watch some cricket, live footie, F.1 and golf without having to become a Sky subscriber. A mate of mine who is a sports fanatic (as is his wife) reckons his various sports package subscriptions cost him getting on for £100 per month! I know some would argue this is cheap compared to the cost of going to a Premier League match - don’t get me started on that one! How any one individual can possibly be worth the gazillions they are paid via Sky etc is beyond my comprehension (top footballers, golfers, F.1 drivers - they are all obscenely over rewarded).

Rant over - I’ll just have to watch the highlights!

In my opinion, the big corporations and their overwhelming lust for acquiring all the money, have ruined what we used to know as sport. I have long since cancelled all my subscriptions for sport channels, and instead go out and watch grass roots local sports, where sportsmanship still exists and money hasn’t got it’s evil claws in yet. The bonus to this is the savings I make by not subscribing, and the entry fees to watch these sports is almost always nothing at all.

As for the sportsmen and women, they kill me!

Sometimes overweight, sometimes unfit and clearly lacking the skills for their sport, they show willing, and are often thoroughly entertaining. Their reward is more about the bragging rights down the pub than any financial gain. Bless them all.

Tonight’s Champions League Final can be watched live for free, BT made the Europa league and champions league finals free to view. If you have a smart TV or an Apple TV down load the BT Sport app or watch it on the BT sport page of YouTube. It’s free on Virgin as well but not Sky. I watched the Europa league final on Wednesday through an Apple TV and the BT sport app PQ was superb shame the match wasn’t.

The CL final tonight is available free on YouTube. UEFA make it a contractual obligation to show the finals outside of the paywall.

So BT will allow us to watch for free online but can I just point out that not everyone has a fast enough internet connection to get decent quality or reliability.

I’d be happy to pay for access on a pay-per-view basis but needs it to be via Freeview/Freesat not just online Last year the Champion’s League was on those platforms, not this time.

Or BT could give me faster internet!

Or BT could give me faster internet!

Give!! You want BT to give you faster internet.

You’ll be lucky. BT would charge for the smell off your own farts if they could.

They charge me for faster internet, but are unable to explain why I do not get it actually!

Fully agree with all your ‘rants’ timmo.

Yes you can watch it free via youtube or the bt sport page on a pc but only in standard definition.

Want to watch it in HD? Forget it, you must pay.

It’s the same here, the Big Bash as well as the One Day games have go behind a paywall. We have some rules that stop them from putting games that involve national teams on pay tv but the pricks find away around it.

@timmo1341 i’m with you on this but now I succumbed to a monthly Now tv pass for the cricket (around £8 a month). In the winter I subscribe to Eurosport for the skiing (around £5 a month).
I unsubscribe when the season closes.

I hate them with a vengeance. None are 100% but I wouldn’t have BT if they were the only company in existence.
I sympathise with your troubles but you can always vote with you wallet.

(top footballers, golfers, F.1 drivers - they are all obscenely over rewarded).

If you want to watch free, top class sport, sportsmen and sportsmanship, I’d recommend sumo. If you can get NHK world news channel, it’s free. Two week tournament every two months, fantastic entertainment. (Plus some of the nature/culture programs are excellent). 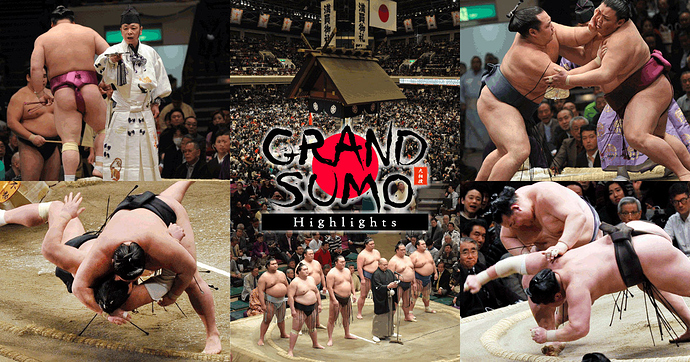 Don’t worry the May Basho will be available on line for a while yet.

reckons his various sports package subscriptions cost him getting on for £100 per month!

That’ll be for his total tv packages tho. It needn’t cost a bomb; I’m with Plusnet - arms length BT offshoot - and pay about £9 a month extra for BT Sport on top of broadband & phone charges. Sky with Sport included costs me about £60 a month but that gets a lot of channels (admittedly most of which I don’t want), and enables the Sky box to work as a recorder. Stop subscribing, it stops recording. It’s to do with the VAT on imported electronics…

I agree with this, but the whole thing is a catch-22 now. Sky can’t possibly lose Premier League rights, their business is built around it. So they’ll pay whatever they think they can justify to stop BT taking the lions share of the packages on offer incl the prime Sunday 4:00pm slot. Two wealthy businesses throwing money at a sport is the dream ticket for the FA and the PL - imagine selling your house and two buyers are absolutely determined to get it.

And life has chanegd - two channels splitting the football in an ungentlemanly fashion in the 70s laid the groundwork for where we are, but even so we weren’t spoilt for sport back then. A handful of live matches per season - FA Cup Final, Eng V Scotland and the odd European game was all we had till the late 70s. Now that there are a myriad of sports channels they need to fill their airtime, and sports administrators know this.

I don’t want to go back to a time when we had a little bit of sport on the BBC. I want cricket on all day, F1 to dip into anytime over the whole event from Thursday practice to follow-ups and look backs. I barely watch any of it, but it’s good that it’s there. I want to see all of Watford v Palace on a wet Sunday afternoon in November. I want to have flu and be able to watch 4 days of cycling on Eurosport instead of Cash Under The Hammer Kyle’s Face In or whatever it is. And like millions of others I’m happy to pay for it and to make it happen, and am happy for people like Rooney to act as a SME in Cheshire funnelling wealth through society.

The world’s moved on. Expecting to have top line sport on the BBC is like wanting Naim gear for a couple of hundred quid in Curry’s.

What!..Curry’s has stopped selling Naim, when did this happen?

I’m happy to pay for Sky Sports as I can watch lots of cricket. I like the football channels as well though I think they should show more Forest Green Rovers matches. It doesn’t worry me if I miss Champions League, but I’d watch it if were on Sky or FreeView. No interest in F1, Golf, Basketball, American Football or combat sports so not keen on paying for those sports. I guess I’m saying we should just pay for programmes we like watching. Of course, if it’s all funded by adverts that’s fine.

That said I’d love Cricket World Cup to be on FreeView so even more people could watch it. I’ve no problem with players earning £250,000 match in IPL. There are 1,000s of overpaid business men who could never hit a well timed cover drive against Lasith Malinga during an ODI at Pallekele International Stadium,

I’m less happy to pay for BBC and think that should be subscription. I hardly ever watch it with exception of Wimbledon, but am still obliged to buy a licence. In fairness, I do listen to Radio Five Live Extra when there is cricket commentary and I’m not home. I do think MOTD is very poor value and can’t stand Lineker as anchor man.

For me, the best way to watch top sport is at any cricket ground including the village green.

Although it’s my local team I’m not interested in football but someone has to pay for their new stadium.
More cricket on freeview please … there is a need to attract more under 13s especially as the ECB is withdrawing their funding. But perhaps the 100 will get a new audience and players

People moaning about wanting to watch whatever they want for free. Presumably they also think they are entitled to free health care, food, cars, accommodation etc etc?
In a Marxist utopia maybe…

Free Healthcare in the UK?